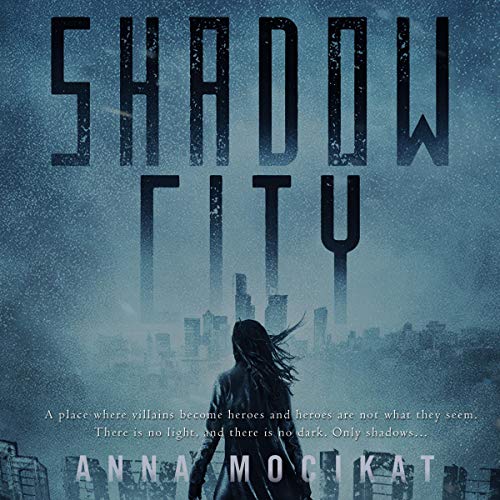 Los Angeles is an apocalyptic wasteland.

Without orientation, Colton stumbles through the vast, deserted city. He doesn’t remember who he is and where he came from. Scavengers save his life from mutants and bring him to the only remaining inhabited area and safe zone in former Hollywood.

There, he learns that after a devastating catastrophe called The Glitch, reality shifted, allowing nightmarish creatures from another dimension to enter our world. These so-called Dark Ones feed on suffering and violence, wanting nothing less than the complete annihilation of humanity.

Colton discovers that he has extraordinary abilities and joins a league of unusual defenders: ex-cop Eric, female cyborg Bombshell, and Vincent, a mighty entity from another world, disguised as a human soldier.

But the Dark Ones are evil beyond imagination, and with their ice-cold enforcer, the traitor Eurydice, they are a threat nearly impossible to overcome. Cunning and ruthless, Eurydice sets a ploy in action, which leads to the destruction of the Zone’s defenses weakening the tiny community from within. It’s up to Colton and his friends to take a desperate stand against the superior enemy and save what is left of humanity from extinction.

Fast-paced, action-driven, and cinematic – an eternal fight of good vs. evil told in a way as never before. A place where villains become heroes and heroes are not what they seem. There is no light, and there is no dark. Only shadows….

The official website for Beacon Audiobooks may be found at https://www.beaconaudiobooks.com