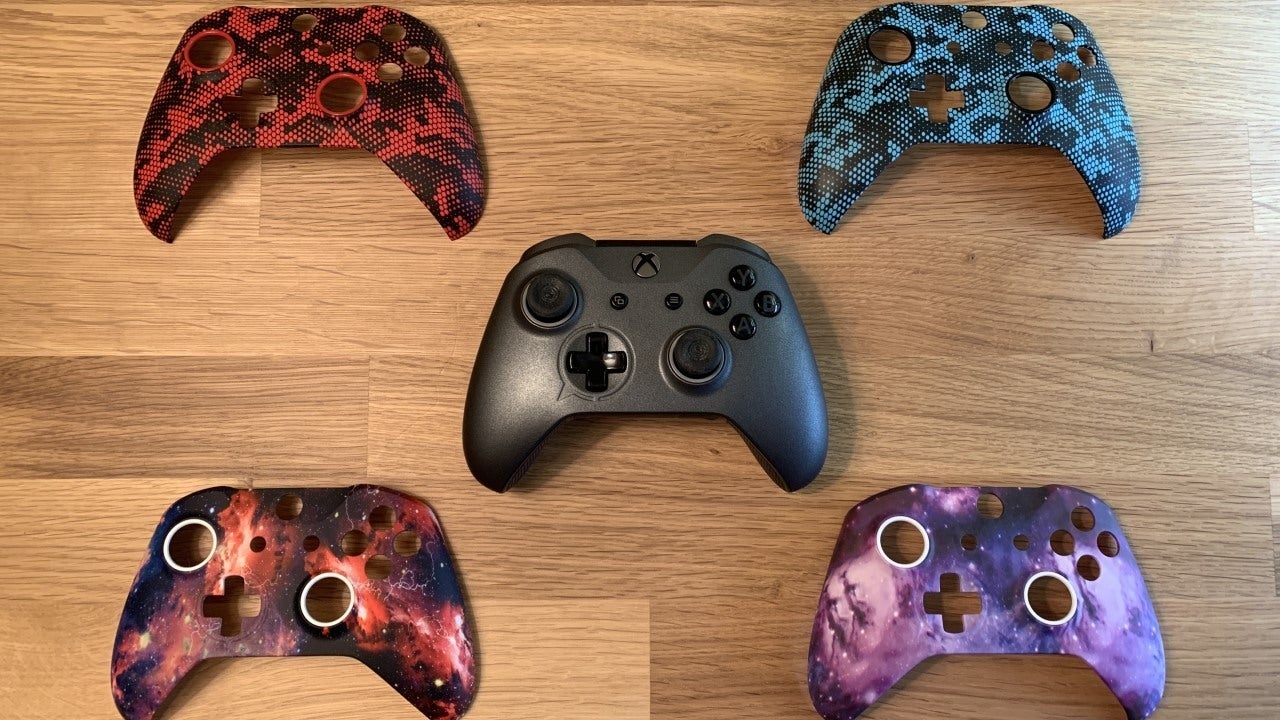 Xbox Elite controller, wants you to know that there’s more than one way to make a top-tier controller. The Scuf Prestige, last year’s redesign of the company’s Xbox-style gamepad, offers a number of small but useful upgrades over its predecessor, the Scuf Elite. It’s lighter, customizable without software and, like Scuf’s other controllers, has easily navigable remappable paddles. The Scuf’s best qualities, however, mostly revolve around the paddles, so the Prestige’s utility is reserved for those who want to play a specific way. And since they take some time to learn, that makes the Prestige an acquired taste.

Like the Scuf and Xbox Elites, the Scuf Prestige is very much a riff on the standard Xbox One gamepad. It has the same basic shape and button configuration as the Xbox One controller, with nearly identical buttons and the same d-pad. Unlike the standard Xbox One gamepad, though, it crucially features an internal Lithium-Ion battery pack, so you can recharge the controller via Micro USB. The rubberized grips of the Prestige also feature a unique hexagonal texture, which is both very comfortable and keeps your hands firmly in place.

The impetus for the Prestige revision, you might argue, is that it’s based on the second-gen Xbox controller, A.K.A. the Xbox Wireless Controller, which offers Bluetooth wireless compatibility. If you’re using a first-gen Xbox One controller or a Scuf Elite, these features are useful upgrades, especially if you also plan to use swap your controller among your Xbox One, PC, and phone.

That the Prestige’s shape and feel are closer to the standard Xbox Wireless controller, rather than the Elite, is also a subtle boon. Weighing 9.42oz, the Prestige is significantly lighter than the Xbox Elite’s 12.28oz. The difference doesn’t look like a lot, but you may feel it when you go into your 5th game of Apex Legends or your 5th hour of Borderlands 3. Simply put, you’re much less likely to feel any physical fatigue from playing for a long time.

Making games easier to play is Scuf’s stock and trade. The company’s signature paddle inputs, which are affixed to the back of the controllers and replicate the face buttons by default, are easier on your hands than wrapping your hand and extending your thumb to press the face buttons. The idea is to let you press the face buttons without having to take your right thumb off the control stick. In practice, using the paddles takes some getting used to: I’ve been using controllers my whole life, so my muscle memory is beyond “set in.” Still, when I push myself to use the paddles, I can feel there’s less strain.

The paddles on the Prestige have some small, but significant improvements over the Scuf Elite. They span the full width of the controller’s rear panel, which spreads them out a bit and makes it easier to find each one individually. The two outer paddles, which border the controller’s grips, have rounded edges that make it easier to slide from holding the controller to a ready position over the paddles.

The paddles on the Prestige also feature more customization options than the Scuf Elite. Like most of Scuf’s controllers, you can configure the paddles using an electromagnetic key. New to the Prestige, you can now reconfigure the paddles to replicate any button on the controller besides the triggers and the Xbox home button. I found that mapping the bumper buttons to the paddles was especially helpful if you use the paddles as a supplement to the face buttons, rather than a replacement. Regardless, more choice is always a good thing.

If you feel the paddles impede your ability to play – they cover the back of the controller completely and are thus more intrusive than the Xbox Elite or Razer’s Wolverine Ultimate controller – all four paddles are removable. That said, without the paddles, the Prestige becomes a far less remarkable controller. It has some improvement over a standard gamepad, but nothing so wonderful that would justify its $150+ price tag.

As for what those improvements are: Many of the Prestige’s parts are interchangeable. The controller comes with two sets of analog sticks, domed and concave, which you can swap out after pulling off the removable faceplate. In addition to customized controller bodies, Scuf sells extra faceplates and plastic rings that line the analog stick movement areas. Both the faceplates and analog sticks lock in magnetically, holding snug until you decide to peel them off.

The Prestige also features a lot of customization in its triggers, which makes it especially useful for competitive shooters. A pair of switches on the rear panel allow you to reduce the travel on the controller’s triggers to what feels like approximately 75 percent, and half of their default pull. Personally I prefer the full press, but at half-travel, you can basically tap the trigger like a face button, which has its uses. You can also use a hairpin-sized key to set a hair trigger, which makes the trigger input register earlier in the pull. Both of these make it much easier to aim down sights and fire quickly… Or do whatever you use the triggers for.

I used the Scuf Prestige with a wide range of games including The Surge 2, Children of Morta, Mortal Kombat 11, Borderlands 3, and Ghost Recon Breakpoint. In the standard form, the Prestige feels very similar to a standard Xbox gamepad, though I appreciated its snappy, comfortably textured analog sticks. Again, the fact it feels very similar to a standard Xbox gamepad is more of a compliment than it sounds like. Despite having a battery pack inside and paddles hanging off the back, my hands never felt out of place and I never felt the weight of the controller in my forearms.

Though I’m an old man (in spirit), resistant to change, I found myself looking for ways to at least use the outer paddles with each game. In Breakpoint, for example, setting them to LB and RB allowed me to easily set off my character’s class ability with less hand movement. Unlike past Scuf controllers, I found it pretty easy to navigate and keep track of my paddles. (In older iterations, like the Elite, the paddles were pushed more closely together, which led me to make mistakes.)

The Scuf Prestige is available now through the company’s website, starting at $159.99 for the standard Tungsten Grey model. Scuf also offers customized controllers, with prices that reach just over $200 for a controller with a premium faceplate, buttons, and analog sticks.