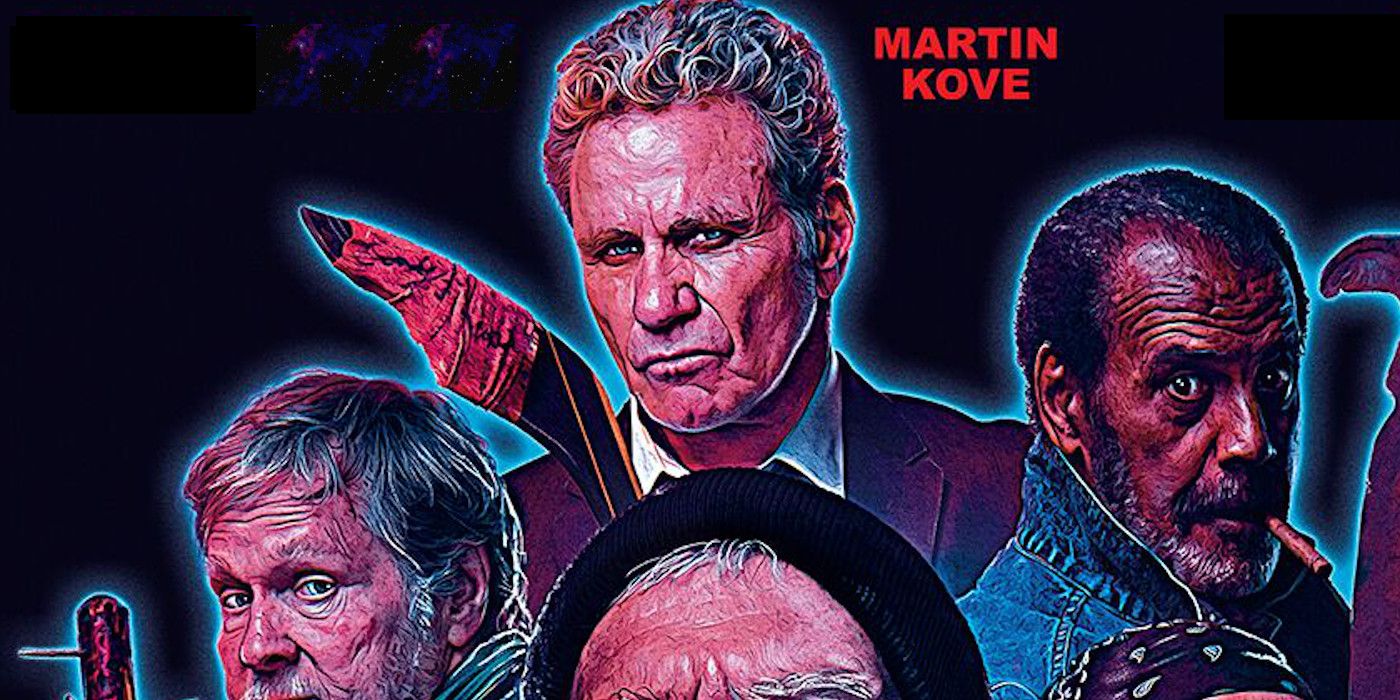 Iconic character actor Martin Kove has never been in a film like VFW before. Jeff Begos’ fourth feature production, the film also brings such familiar faces as Stephen Lang, William Sadler, Fred Williamson, and David Patrick Kelly into the slime and smut under the Fangoria banner. In time for the film’s limited theatrical, digital, and on-demand release on February 14, Screen Rant had the opportunity to speak with Kove about his experiences working alongside this stacked cast of legends, as well as his fond experiences with Wes Craven and Quentin Tarantino.

You’ve said in interviews that when it comes to auditions, you prefer the old-school approach with phone calls and meetings, as opposed to the digitized business model today with emails and texting. How was this film, which can easily be described as old-school, brought to you?

Martin Kove: [Dallas Sonnier] actually called my manager, which I actually really liked, and he’s a terrific producer. He did Bone Tomahawk, and I’m really a big Western fan – I mean, my whole dream is to rejuvenate the Western out there – but bassically, the script came to me and I wanted to play William [Sadler’s] role. And yet, my availability was really tough; I couldn’t be there everyday. So I met with the director for coffee and I liked the camraderie in the script. I liked the idea of these guys being together

But I wasn’t sure. I don’t do gory movies like this, you know? And yet, he had Stephen [Lang] – and Stephen’s terrific – and he had Fred [Williamson] and I go back with these guys. In short, it was just a meeting and I liked the director. I wanted a certain role, and because I liked Bone Tomahawk so much, I thought, “if they give me the right role, I’ll do it.”

But the director wanted Sadler to do the other role, and I really didn’t have the time [to commit to the film]. You know, I was just running around – I had just finished Tarantino’s movie – and it was tough. But it worked out for the best, and I had a great time. All we did on this set was talk movies. We had like 500 movies between Sadler, myself, Fred, David [Patrick Kelly] and Stephen Lang – actually, probably between the three of us: me, Stephen, and Bill. It was the director’s third film, and he let us run with [the script]. You know, a lot of [the actors] are out of New York and the stage, and I try to squeeze a play in every year, and I think it shows.

I actually knew that you wanted to play Sadler’s role. Can you explain what the differences were between those two characters?

Martin Kove: Well, Bill’s character was a die-hard alcoholic who hadn’t changed throughout his life. But I did a lot of character development for both; I did a lot of homework for both and I kind of felt that his character was a bit more aimless. He was best friends with Stephen’s character and would be at the VFW every day, while my character, as he was written, was kind of a nebbish. He was a salesman, somewhat a fearful guy, you know, and kind of neurotic. I thought his success in the real world had sort of gotten to him and made him a little more fearful of losing his business, his money, his personal life because the other characters didn’t have any of those; they just lived in the bar all the time.

I didn’t like that. So I gave them notes about building up this character so that in Vietnam, Stephen Lang’s character, Bill’s character and myself were a trio. We were the three musketeers; we really hung together and looked out for each other. I had them introduce that more of that into the script, more of that into the backstory of Vietnam; and the film became more about that three musketeer trio. I felt, as an actor, more involved in the story.

While you’re no stranger to the horror or the beat ’em up genres, these gorefests are, like you said, new to you. What’s the biggest difference you noticed – because I know you’ve worked with Wes Craven – between that set and the VFW set?

Martin Kove: It was Wes Craven’s first movie, [The Last House on the Left]. So, we’re talking 1972. I think Wes had a great idea, and [though] it was my second movie, I was asked to play the lead, Krug. David Hess was, you know, a wonderful composer, and he was the brother of a girl that I lived with, so I brought him in, I built him up with four different sweaters – they wanted a big guy – and he got the part. Even in those days, I thought it was a little too gruesome: killing teenagers and all of that. It wasn’t my thing, so I asked to play the Deputy and I did.

But the bottom line was that Wes was very steady; I remember he knew exactly what he wanted at every minute and I don’t remember a lot of improvisation. But he also didn’t have the quality of actors that Joe [Begos] had in our picture, so we pretty much stuck to the script. I think later on, with more sophisticated movies, that a lot of improvisation existed.

Of course, this is Oscar weekend, and I’m bringing this up because you do have a film in contention, another old-school production, in fact: Tarantino’s Once Upon a Time in Hollywood. Can you run us through your time on Bounty Law?

Martin Kove: Well, my scene in Bounty Law was cut a lot, just like a lot of scenes in the film were. But working with him is heaven. You stand there and you know, he loves movies. He’s paying homage to Henry Fonda in My Darling Clementine – I don’t know if you remember the movie, but it’s the 1946 version of the Shootout at the O.K. Corral directed by John Ford. I asked Quentin if I could put my feet up on the post [like Fonda] while I was sitting, and he said I could, but that I couldn’t alternate my feet because he was shooting through them.

But working with him was just the best. I mean, at the end of the day, he looks me and he says, “you know, I think I got it Marty, but I want one more” and he’s referring to a take. He then turns around to the crew and asks, “and why?” And they all scream: “because we love to make movies!” I mean it doesn’t get better than that.

Then I said to myself, “you know, if I have a good time, I have this rig, this double rig that Sammy Davis Jr. gave me when I kidnapped him in a 1977 Charlie’s Angels episode. It’s got Sammy Davis Jr. carved on the back of it. I decided that if I had a good time, the thing does nothing but sit on my saddle for the last 30 years, I’m going to give it to Quentin.

I had such a good time that I gave him this double rig given to me by Sammy Davis Jr. because Sammy Davis Jr. was a really fast draw. I mean the cat was a really fast draw. So I gave it to Quentin and Quentin loved it, and then he put it in the movie! And when I went to the premiere, he says, “Marty! Marty! Did you see it? Did you see your rig? I put it in the movie! I used it! I used it!”

You know, you work with the guy and he’s just heaven. And he’s so much fun. He knows every picture I’ve done, good and bad, and it’s just great to work with him. I hope I work for him again because he’s what makes movies fun.

Well, I think I know the answer to my final question. But Tarantino has since expressed interest in doing full episodes of Bounty Law, so it sounds like you might be working with him again real soon.

Martin Kove: I hope so, I heard that too. I mean, my thing with Bounty Law was really cut down to one line there because the movie was kind of long but we had such a good time. And I’m the sheriff in Bounty Law so it’d be interesting to see – in fact, they sent me a lunch box. I have a lunch box, the guys who did my action figure from Karate Kid, they also did The Hateful Eight and Once Upon a Time in Hollywood. So they sent me a lunch box, which I’m staring at now, of Bounty Law. These cats are in my life!

VFW will be available in select theaters, on-demand, and Digital HD February 14. 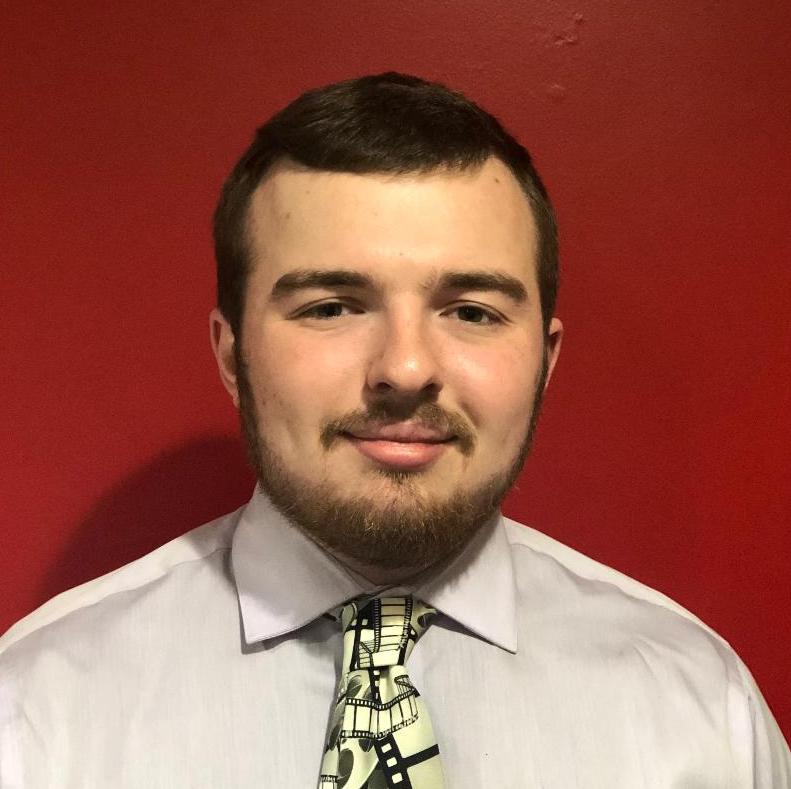 Luke Parker is an award-winning film critic and columnist based in the Baltimore-Washington metropolitan area. As an entertainment journalist, he has interviewed several members of the film industry and participated in some of its most prestigious events as a member of the press. Currently, he is working to obtain his bachelor’s degree in Mass Communication at Towson University. Follow Luke on Twitter @montyparker31