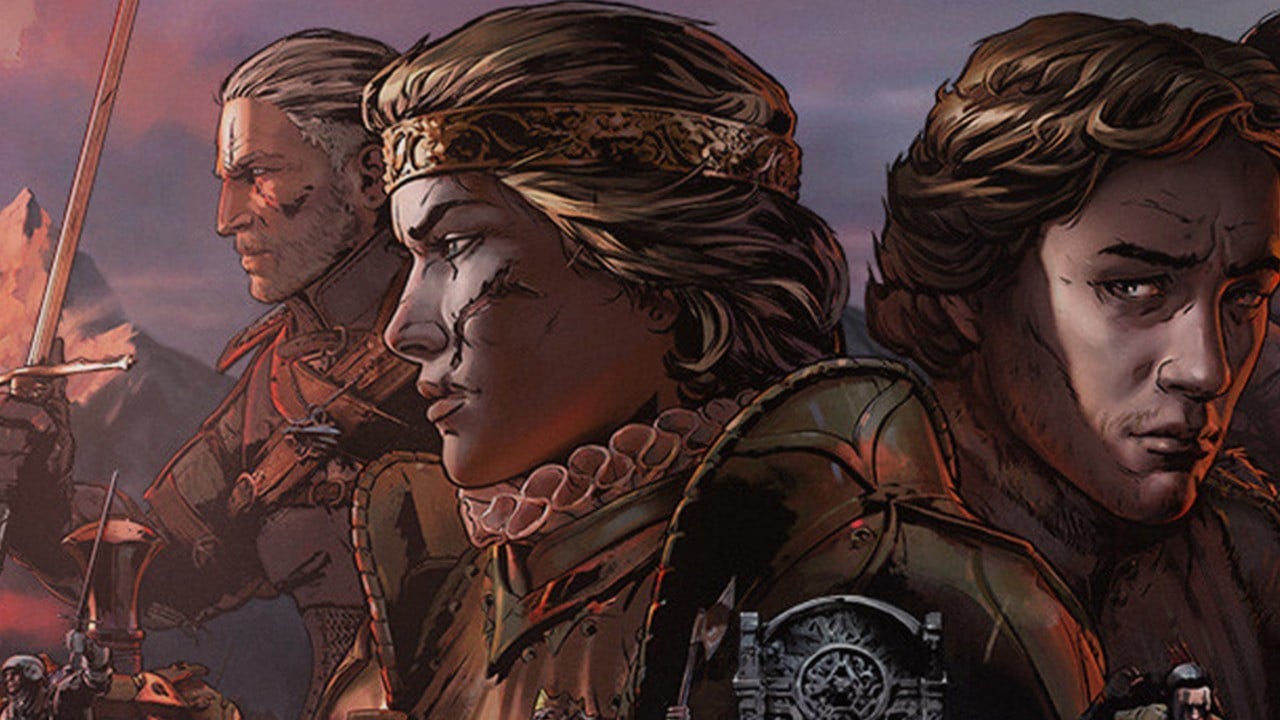 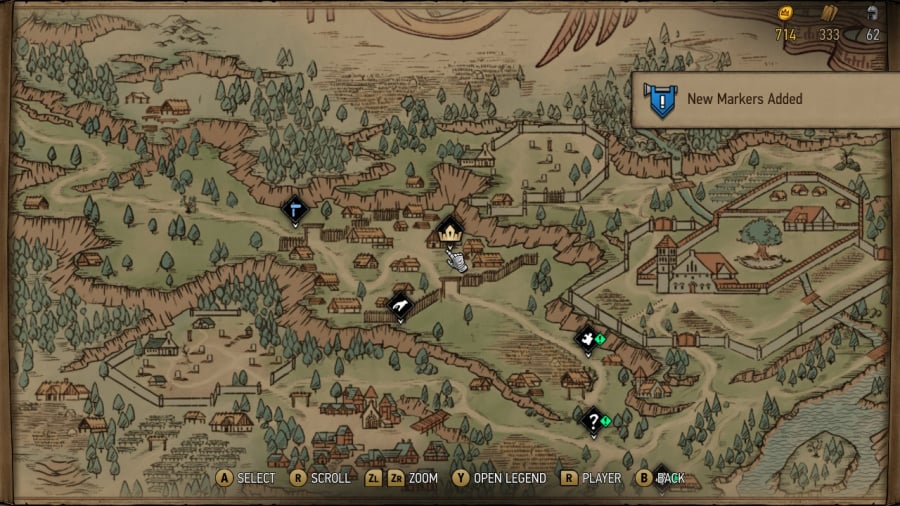 Once upon a time, the sheer notion of The Witcher appearing on Nintendo Switch in any form seemed a fantastical pipe dream. It didn’t even seem like we’d even get a version of Gwent, the card-battling spinoff based on the in-game card game of the same, never mind a full-fat version of The Witcher 3: Wild Hunt – Complete Edition. Well, now pigs have taken to the sky once more as the platform gets its another entry in The Witcher series in the form of Thronebreaker: The Witcher Tales. Last year, developer CD Projekt RED in went as far as saying it wouldn’t be bringing the title to Switch, and yet we are with the surprise arrival of that very same game in semi-handheld form.

Thronebreaker is less of a spin-off, and more of a cross-pollination of ideas between the main Witcher games, Gwent and other turn-based RPGs. Rather than following the exploits of pop culture man-of-the-moment Geralt of Rivia, the game instead centres itself around Meve, Queen of Lyria and Rivia, who faces an imminent invasion from the warmongering region of Nilfgaard. With The Witcher having created renewed interest in Andrzej Sapkowski’s vast fantasy world, this Switch ports timely arrival offers the perfect opportunity to see another female warrior monarch deal with the onslaught of war and political intrigue. 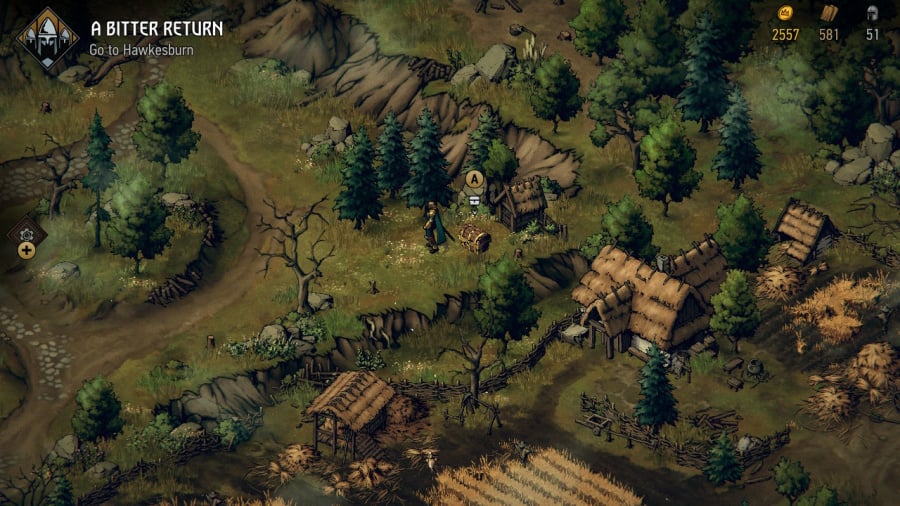 Combining CCG-driven combat with more traditional RPG questing isn’t anything new – the likes of Hand of Fate 2 and Armello have been trying out these ideas on Nintendo Switch alone for a while now – but it’s how delicately those elements have been combined, and how succinctly that fit into the wider mythos of the Continent itself, that really helps Thronebreaker break away from the usual expectations of a franchise tie-in. Which is high praise for a game that’s trying to target fans of one of the most popular action-RPGs series ever.

And it’s that breaking away from the safety blanket of the White Wolf that really helps Thronebreaker shine, as it delves deeper into the inner workings of the world he’s inhabited for so long. The Continent is a bubbling pot of warring regions, threadbare truces and unlikely alliances. Sure, you’ll battle rotfiends and the like, but it’s what happens in-between that’s actually more interesting. In truth, Thronebreaker is actually a cross between a political intrigue simulator and an army management system. Meve is a queen at war, so as she moves around the lands of her twin kingdoms she brings with her an array of soldiers, craftsmen and other useful trades. 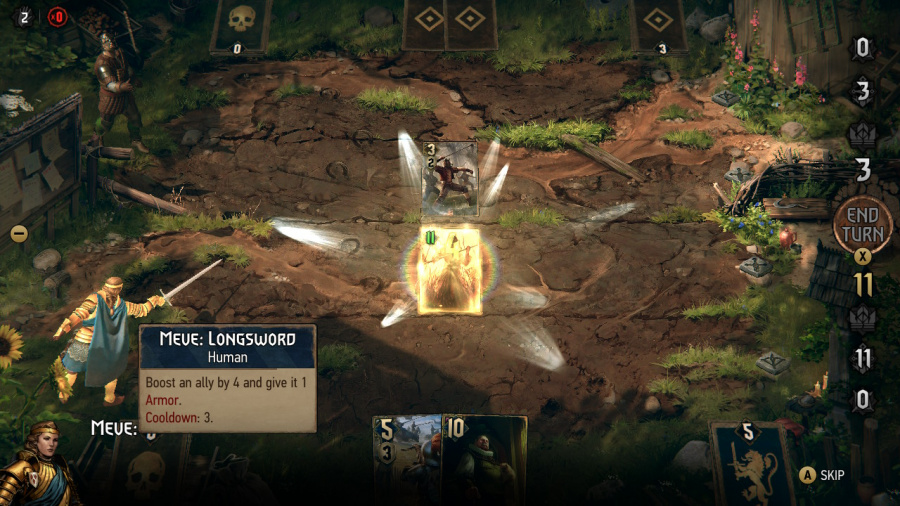 Your army is both your source combative resource – represented by a series of beautifully animated cards – and an ever-changing companion that serves as a moral indicator of your actions. You can explore the overworld of the Continent in real-time, interacting with NPCs to unlock side-quests and potential secrets (such as treasure maps that lead you to chests full of loot) and gathering resources, but you’ll also regularly presented with decisions that will shape not just the flow of the story but the mood of your retinue. Act too harshly or show too much compassion, and your army will become despondent. Push the envelope too far in either direction and you could risk losing followers.

You can bolster your army – and thus your deck of cards – in a variety of ways, including visiting conscription points throughout the overworld and collecting resources (in the form of wood and gold) which can then be used to upgrade your tents at camp (which in turn enable you to craft more powerful and dynamic cards). Thronebreaker is very much a story-driven experience, and you’re often forced to make morally grey decisions that will test your own definition of right and wrong. Would you sacrifice the lives of good people to preserve a potentially powerful alliance? Are you willing to show compassion to the people of your realms and risk losing precious resources as a result? 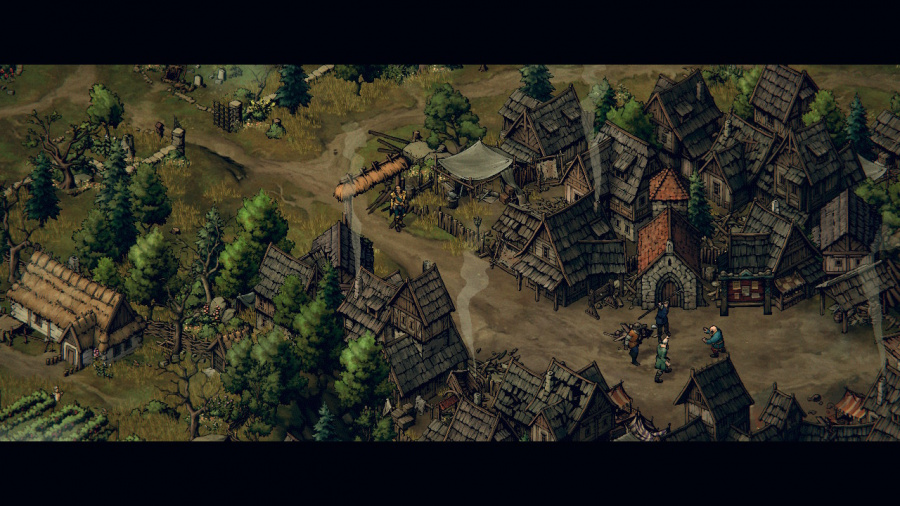 While it takes a few cues from the updated ruleset of Gwent, the combat of Thronebreaker eschews the classic ‘reduce the enemy hero’s health to zero’ setup in favour of one that ties further into the resource management of your army. Much like Game of Thrones’ Westeros, the political climate of this world is based upon power, so victory is decided upon how high your collective power rating is by the end of a given round. You can raise (and reduce) this number by placing certain cards on the field, apply certain effects and damaging enemy cards. Cards are played in a simple two-lane field (melee to the front and ranged to the back) so it’s incredibly easy to pick up, even for CCG novices. There are only three rounds to a battle, so combat rarely outstays its welcome. Of course, battles can get quite complicated and there’s a lot of nuance on show here, but by the time that does happen, you should have enough experience to naturally craft more powerful cards and appreciate the importance of passing turns.

There are also plenty of story-driven battles and puzzle scenarios – which are usually single-round affairs that task you with completing a certain objective in a given period of time. These are similar to the scripted encounters of The Lord of the Rings: Adventure Card Game, and make for a fun and engaging alternative that rewards quick thinking over longer form tactics. Of course, Thronebreaker is at its best when you’re listening to the narration of the storyteller or the conversations occurring between Meve and her cohorts, but you never feel like combat is out of place; it simply complements the overall experience. 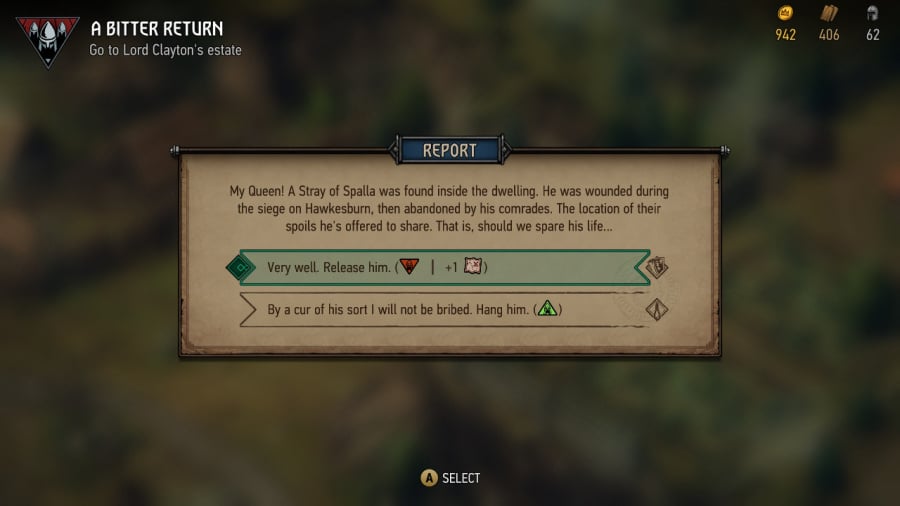 Meve is a multi-layered character that brings to mind the wonderfully-portrayed TV version of Queen Calanthe. And with writing as good as – and in some cases, dare we say it, better – than seen in The Witcher 3, what seems like a run-of-the-mill RPG story becomes something far more personal and complex. There’s clearly a lot of room for branching decisions here, making it an ideal candidate for multiple playthroughs for those that want to pursue more of a paragon/renegade approach. If you’ve had your interest piqued (or re-piqued) by Netflix TV series or the release of The Witcher 3 on Switch, Thronebreaker is an absolute must.

While utilising the ruleset of a more traditional CCG system might put off some players, the on-brand approach to turn-based combat in Thronebreaker: The Witcher Tales is still a positive addition to the world. Because with such an involved and intricately designed story – and such an interesting world to explore beyond the confines of Geralt – Thronebreaker offers the opportunity to lose yourself in the Continent like never before.