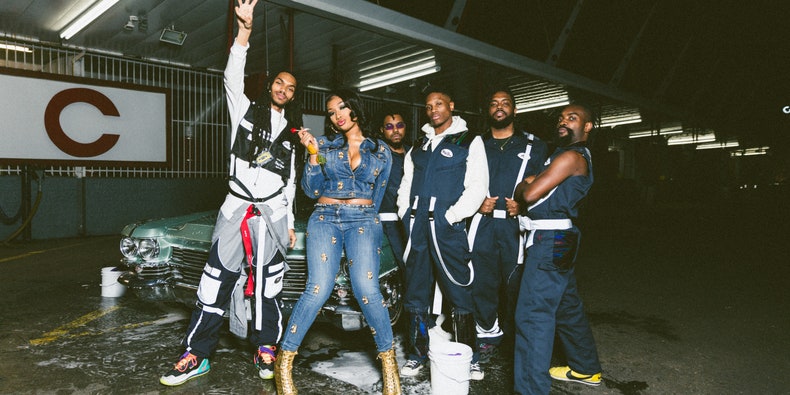 Megan Thee Stallion has joined the Brooklyn band Phony Ppl on a new track called “Fkn Around.” They performed the song together during their memorable “Tiny Desk Concert” performance last year. Listen to the new studio version of the song below.

“Fkn Around” continues what’s already been a busy 2020 for Megan Thee Stallion. She also appears alongside Lil Uzi Vert on a new version of Yo Gotti’s “Pose,” which you can also hear below. Last week, she dropped a new song called “B.I.T.C.H.,” which followed her Birds of Prey collaboration with Normani, “Diamonds.”