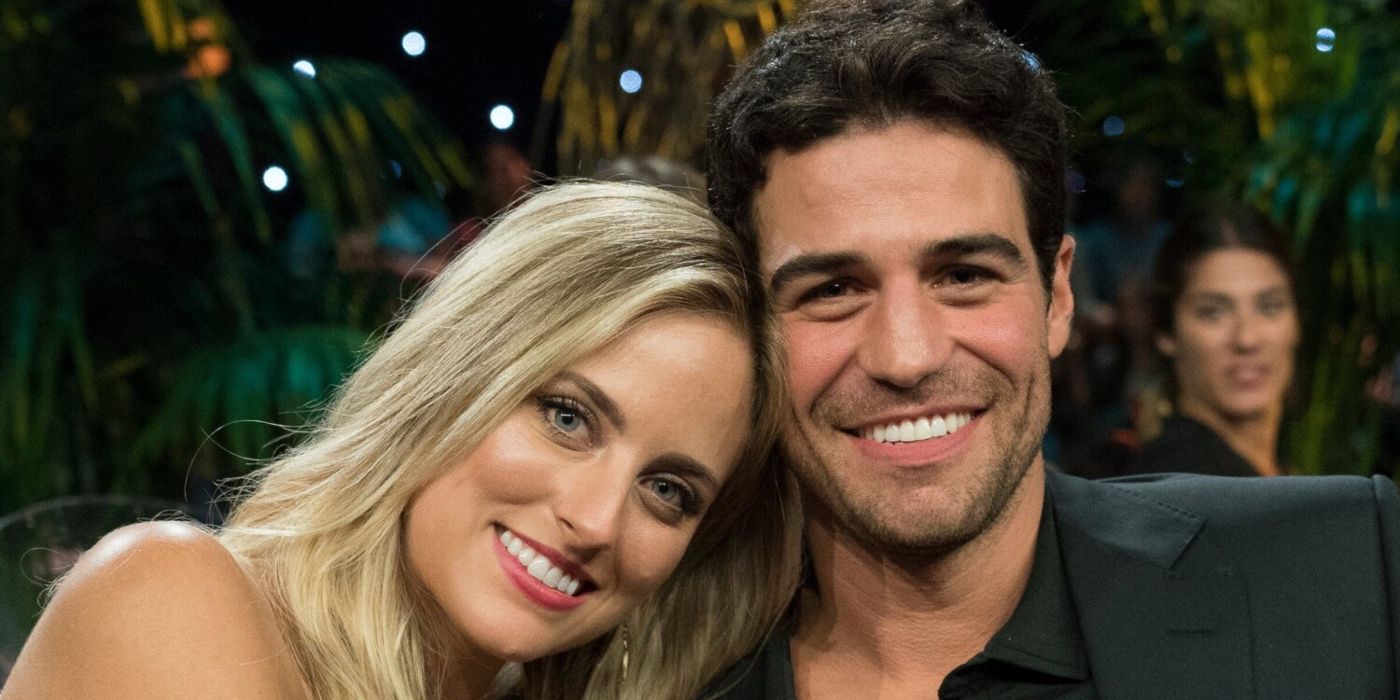 It’s honestly hard to tell if Bachelor Nation will be happy or sad that Bachelor in Paradise couple Joe Amabile and Kendall Long have called it quits after nearly two years together. On one hand, they made a very cute couple, but on the other hand, Grocery Store Joe is now back on the market.

Amabile and Long met on season 5 of Bachelor in Paradise where the Chicago grocer and California creative director hit it off right away. However, weeks into the show, Long got cold feet about how quickly things were moving and pursued a new relationship with 32-year-old Leo Dottavio, causing Amabile to leave paradise. After the show wrapped producers followed Long as she chased Amabile to Chicago and asked for a second chance, regretting her decision to end their relationship. The couple has been together ever since and recently moved in together in West Hollywood and adopted a dog. The two were known best for sharing candid photos of their relationship and appearing genuinely happy together.

Related: Bachelor in Paradise’s Dean Unglert Thanks Caelynn Miller-Keyes for Helping Him After Injury

The news from People that the couple had split came as a shock to Bachelor Nation, who had been seeing the couples’ cheesy photos together on Instagram as recently as earlier this month. The couple shared a joint statement on Wednesday, chalking the split up to ongoing controversy over where they would live long-term: “Our family and friends have always been an extremely important element to who we are as people. We can’t imagine continuing our lives without them closer, especially when thinking of starting a family of our own one day. We both respect each others’ decision and still have a great deal of love for each other. We appreciate all the love and support everyone has given us throughout our relationship.” Amabile has moved back to his hometown of Chicago and Long will stay on the west coast.

Amabile was sent home on night one of Becca Kufrin’s season of The Bachelorette and America was outraged. On the live show for the season, Chris Harrison went as far as to do a segment showing all of the tweets from fans horrified over Amabile’s departure. The 33-year-old charmed viewers with his good looks and Chicago accent and was an easy invitation to paradise the following summer. Long, on the other hand, made it to the final three on Arie Luyendyk’s season of The Bachelor and became known for her quirky sense of humor and obsession with taxidermy. While an unusual pairing, Amabile, and Long seemed in it for the long run and were destined to be another Bachelor in Paradise success story.

It will be interesting to see if either Amabile, Long, or perhaps both return to the beach this summer for a third chance at love. The internet has already laid the groundwork for a potential match between Amabile and 24-year-old Sarah Coffin, whose quick departure from Peter Weber’s current season of The Bachelor sparked an uproar in Bachelor Nation that truly hasn’t been seen since Amabile’s departure

Next: DraftKings Strips Bachelor in Paradise Couple of $1 Million Prize