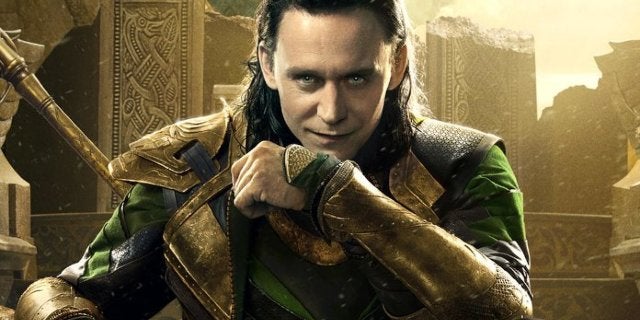 The upcoming Disney+ series Loki may be casting for the Marvel Cinematic Universe‘s first transgender character. According to a new report from The Illuminerdi, Marvel Studios is looking to introduce Sera as a major supporting character for the series, putting the character in a position to potentially appear in films as well. If the report is true, it would mean that the character would be the first transgender character in a significant role within the MCU.

For those who are unfamiliar, Sera was introduced just a few years ago in 2015’s Angela: Asgard’s Assassin #1. In comics, Sera is an Anchorite, a race of rare and wingless assigned male at birth Angels of Heven who were kept inside a temple where they prayed for all Angels who had died without having souls. Sera, however, identified as female. She eventually was saved from a monster who attacked the Temple by Thor’s sister Angela and the pair married.

The report about Sera possibly coming to Loki has interesting timing. Late last year, Marvel Studios boss Kevin Feige said in a Q&A that Marvel had plans to include LGBTQ+ characters – specifically trans characters – in their upcoming projects and indicated that it would be happening very soon. At the time, it seemed to indicate that it would happen in Eternals, but a report a few days later walked those comments back a bit.

That report in Variety claimed that the comments were not meant to imply that a transgender character would be coming soon, just that LGBTQ+ representation more generally was in the pipeline.

And in terms of projects where that LGBTQ+ representation could show up, Marvel has a handful of projects going right now. On the movie side of things, work on Eternals is underway while on the television side of things, WandaVision is well underway and a recent report indicated that filming on Loki was imminent if not already in progress though as with all things Marvel, there’s quite a bit of secrecy around the show’s production.

Still, if there’s one thing we do know for sure about Loki, it’s that Tom Hiddleston is ready to take on the character again, especially now that he feels he knows Loki better than ever before.

“I know this character now. I feel that the audience knows him. And playing him — and playing him truthfully, but presenting him with new challenges, which then I’d have to change him in different ways, is the most exciting aspect of it,” Hiddleston explained to MTV News. “You’ve got his very specific gifts. His intelligence, treachery, his mischief, his magic, and then seeing him come up against more formidable opponents, the like of which he has never seen or known. I wish I could tell you what happens, but I can’t.”

Loki is expected to hit Disney+ next spring.