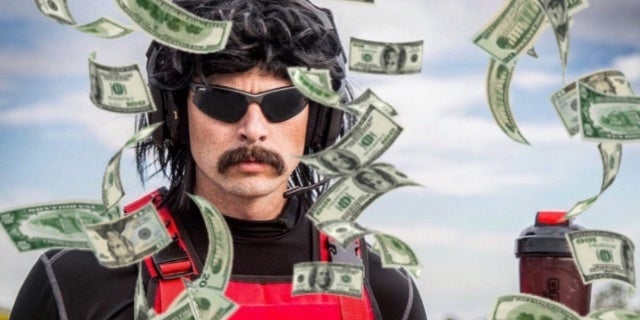 Mixer has been poaching some of Twitch’s biggest streamers lately. Earlier this year, it gobbled up Ninja from the platform. And most recently, it stole Shroud. That said, apparently Twitch is also dishing out a ton of cash in order to get some of its big streamers to stay, such as Dr Disrespect, who suggests that his Twitch deal is more lucrative than the deals Mixer is giving out. And this isn’t that surprising. While Ninja’s fame goes well beyond Twitch and Mixer, Dr Disrespect is one of the most popular streamers in the world, and has been for awhile now, which is impressive considering how difficult it is to maintain a large audience on the platform. That said, if you were a Twitch loyalist worried about Dr Disrespect leaving the platform, well it’s not happening, at least not any time soon.

“Imagine getting paid more than these other guys to stay. Imagine that. Imagine if that were something,” said the Two-Time before letting out a laugh and a grin.

As you may know, Dr Disrespect has been vocal about the whole Mixer vs. Twitch fiasco, noting that he thinks Shroud and Ninja are making big mistakes. Further, he’s claimed that Mixer is going about everything in the wrong way by trying to buy a community.

“So you tell me, you step into my face and say, ‘Yeah, they are making big moves.’ No, they are not! I have double the amount of viewers that Ninja has, and I’m still in my intro!” said the Two-Time. “Reality check, those moves are not doing anything for the platform. You can’t pay for a community, you can’t buy viewership – it’s right here! The Twitch community is built!”

Of course, if Twitch is paying Dr Disrespect as much as he suggests they are, then well he kinda has to go to bat for them. That said, he does make some valid points. The reality is Mixer will probably never be bigger than Twitch, but it’s making the right moves to try and get into a position to compete. And in order to compete you have to get the big streamers on your platform. And big streamers talk money. Whether it will pay off, who knows. Only time will tell.