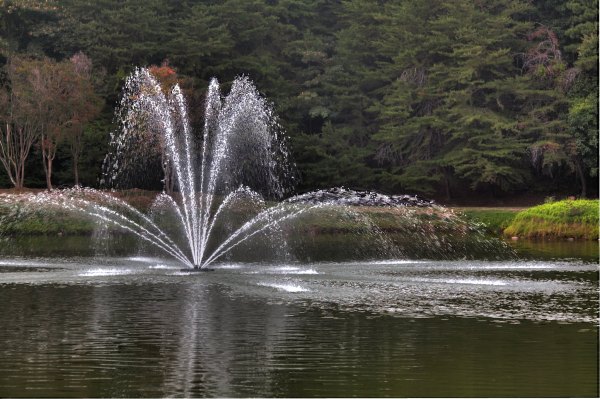 Contract, self-employed and temporary jobs are on the rise in developed markets, with some 85% of the global workforce, 2.7 billion people, estimated to be on some form of hourly wage rather than flat salary.

Today, a startup that helps companies source these kinds of candidates is announcing a round of funding to help meet that demand. Fountain, which has built a platform to find and screen candidates for field roles — not knowledge worker desk jobs, but hourly work that likely has you on your feet — has raised $23 million, money that it will be using to continue expanding its platform, the kinds of services it provides to its customers, and its geographical footprint.

Fountain already has some scale: the company currently sources and processes more than 1 million inbound candidate applications each month, filling some 150,000 jobs in the process, CEO and founder Keith Ryu said in an interview.

In addition to building engines to source candidates through a number of channels such as traditional job boards, social media channels, a company’s own site, and more, Fountain then helps with screening, interview scheduling, background checks (using third-party providers for this part), communicating with the candidate, handling the paperwork and finally onboarding.

Led by DCM, this latest round also included a potentially strategic backer, the Chinese recruitment site 51job, as well as Origin Ventures, Uncork Capital, and others that are not being named. This brings the total raised by Fountain, which previously was called OnboardIQ and had been incubated in Y Combinator, to $34 million.

Fountain’s business targets two main kinds of employers. First, ridesharing companies like Uber, delivery startups like Postmates and home services providers like Thumbtack all function by virtue of their pools of “gig” workers, self-employed people who choose their own working hours and dip into the platforms for assignments when they have time to fulfil them.

But the challenge of finding good people for field jobs is not venture-backed startups’ alone. The second big category that Fountain taps for business is the wider pool of retail and food industry businesses that have long relied on hourly workers also find it hard to source qualified and reliable people.

Between those two, Ryu said that customers cover big “gig economy” businesses like Uber Eats, Caviar and Cabify; large fast food franchises including Taco Bell, Burger King and KFC chains; and a number of other customers that use Fountain’s APIs for white-label services and prefer not to be named. (I think it’s interesting that Uber Eats is on Fountain’s customer list, but Uber is not.)

Fountain was founded in 2015, arguably at the peak of demand for recruiting gig economy workers. In the years since then, and especially in recent times, demands have moved away for these companies from aggressive expansion (bringing on, for example, lots of new drivers), and into more profitable operations. Ryu said that the knock on effect for Fountain has not been a reduction, but a change, in terms of the services required, with some companies opting to outsource where in the past they might have handled recruitment in house.

“There has been some attention to reducing operating costs per driver, including driver acquisition,” he said. “That is where we have been getting involved, using our size [and reach] to reduce the cost to the employer.”

This has also had the effect of also seeing Fountain change up its own strategy to make more of an effort to target more traditional businesses that are based around hourly employees: no longer contractors, but still very much in the field.

“As the unrivaled leader in gig hiring and recruiting, Fountain is already reshaping the way billions of job seekers interact with employers,” says David Chao, co-founder & Partner at DCM, in a statement. “Fountain has been exceptionally capital efficient and has best-in-class customer retention,” adds Kyle Lui, Partner at DCM.

Fountain is not disclosing its valuation with this round. In its last round, back in 2017, it had a very modest $40 million price on it, although given its growth since then (it had sourced 5 million candidates in two years in 2017; now it sources 1 million each month) this is likely to be significantly higher.

Fleetzero begins its search for the first giant ship to convert to battery power
Dakota Johnson On What Her Off-Camera Relationship With Fifty Shades Co-Star Jamie Dornan Was Like While Filming The Movies
Sonic Adventure is still the gold standard for 3D Sonic games
Crypto traceability and market rules agreed by EU lawmakers
Valve Cuts Steam Deck Performance, Doesn’t Disclose It