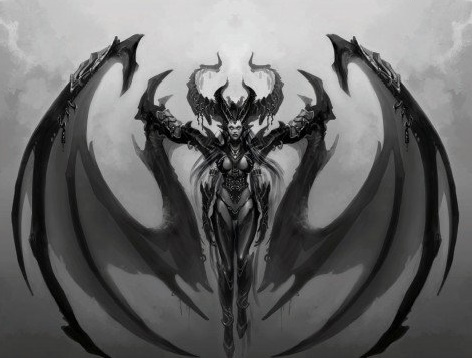 Diablo 4’s leaked artbook has given us a look at what appears to be a major character in the game’s story.

The existence of Diablo 4 was recently confirmed thanks to an artbook leak. The book features art from all existing Diablo games, including a look at some designs in Diablo 4.

The artbook remains available to pre-order only on Amazon Germany, but Twitter user @WeakAuras managed to grab a new page from it on Diablo 4. The page references Lilith, the Succubus Queen, a character who only briefly appeared in Diablo 2’s Pandemonium even, but is mentioned in the game’s lore.

Lilith is the Daughter of Hatred, and was among the angels/demons who decided to leave behind the eternal conflict and create Sanctuary. The leaked page shows a new design for Lilith, who is said to be making her proper debut in Diablo 4.

The page sadly doesn’t give away any details as to her role, or really hint at what might be going on in the game’s story. It’s solely dedicated to her new design, and a bit about the collaborative process Blizzard employs when designing characters.