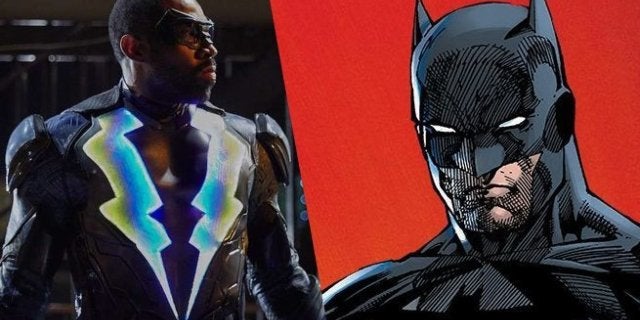 Batman is one of the most popular characters in comics. One DC Comics creator has some complicated feelings about the Caped Crusader though. Tony Isabella is the man known for bringing Black Lightning to the DC universe. It’s no secret that Batman is a huge part of DC’s lineup and efforts like Matt Reeves’ upcoming The Batman will do little to change that. He’s been a huge staple in pop culture for a while now due to the numerous, films, cartoons, and references to the character in other mediums. It’s like you can’t get away from the guy. But, even though all of this is positive for the company, Isabella argues that there is one major downside.

The creator wrote on Facebook, “Here’s a tip. Don’t ask me to join groups or visit pages that have “Batman” in their titles. He was once my favorite comics hero. Now I consider him one of the most toxic and the ruination of DC Comics. DC hurts their other characters by making Batman the center of their universe.”

Now, that might seem a bit harsh, but Isabella has never been one to hold his tongue. Luckily for him, his creation is going to be seeing even more screen time in the upcoming Crisis on Infinite Earths. (Who knows, he might even meet a Batman while he’s helping save the universe.) Now, when news of Black Lightning joining the crossover event broke fans were overjoyed.

Black Lightning star Cress Williams posted a photo of himself with The Flash star Grant Gustin. There was also a phot of Williams at the controls of the Waverider from Legends of Tomorrow. The behind-the-scenes photos from Crisis on Infinite Earths stoked speculation about what exactly was going on in the crossover. Other photos included Gustin standing between two fully-costumed Supermen (Tyler Hoechlin and Brandon Routh). That image featured Routh’s Kingdom Come Superman in the background, as well as The Flash and what appears to be Audrey Marie Anderson in the pants, gloves, and boots from her Harbinger costume but without the tunic.

Williams is pumped for this first foray into the Arrowverse. Getting to hang out with other CW heroes and spend time around the set of Legends of Tomorrow. But, there is work to do in the Arrowverse. The Crisis has hovered in the background since the beginning of these shows. Black Lightning will have to do is part to prevent all the worlds in existence from meeting a quick end.

Crisis on Infinite Earths kicks off on Sunday, December 8 on Supergirl, runs through a Monday episode of Batwoman and that Tuesday’s episode of The Flash. That will be the midseason cliffhanger, as the shows go on hiatus for the holidays and return on January 14 to finish out the event with the midseason premiere of Arrow and a “special episode” of Legends of Tomorrow, which launches as a midseason series this year and so will not have an episode on the air before the Crisis.