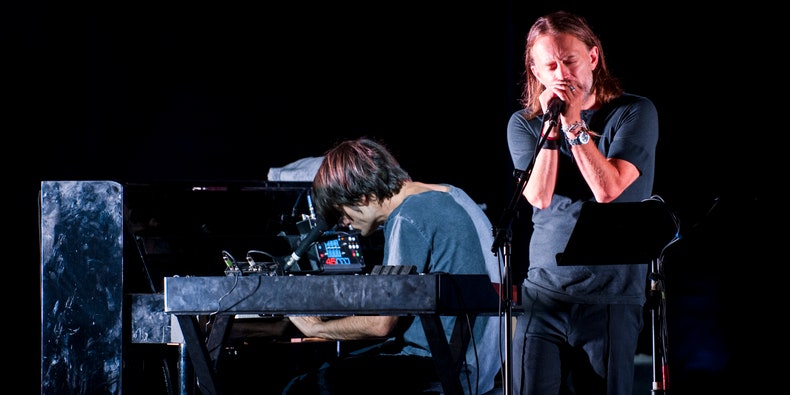 In 2012, Radiohead drum technician Scott Johnson died following a stage collapse at Toronto’s Downsview Park. Radiohead were slated to perform later that evening, but canceled the concert after the tragic event. Now, after years of legal proceedings, coroner Nicola Mundy of Doncaster, England has gone on record saying that Johnson’s death was due to “inadequate technical advice” and “wholly inadequate construction techniques,” as ITV reports.

Mundy’s remarks were part of a second inquest into Johnson’s death. The first began March 25 in Toronto. That inquest ended in April, however no definitive language was revealed regarding the cause of the stage collapse.

Members of Radiohead have spoken out multiple times to address the tragedy of Johnson’s death. In 2018, Thom Yorke took a moment during the band’s concert in Toronto to say that the people who should be held accountable for the stage collapse “are still not being held accountable in your city. The silence is fucking deafening.” Yorke asked the audience to hold a moment of silence before the band performed “Karma Police.” Drummer Philip Selway has also been vocal regarding the “frustrating” legal proceedings around Johnson’s death.

Read “Waiting on Justice for the Radiohead Stage Collapse That Killed Scott Johnson” on the Pitch.

Pitchfork has reached out to representatives for Scott Johnson and ITV for further comment.

When it comes to sanctions, PE firms must proceed with great caution
Cineworld & CEO To Be Fined By Israeli Court Over Local Distribution Matter
Julia Garner Sits Front Row at Drag Show and Gets Props for Madonna Role
Fantasy-Action Battle Royale Spellbreak Shuts Down Early Next Year
‘Dune: Part Two’ Butts Up Against ‘Hunger Games’ Prequel On Pre-Thanksgiving 2023; ‘Godzilla-Kong’ Sequel Dated For 2024