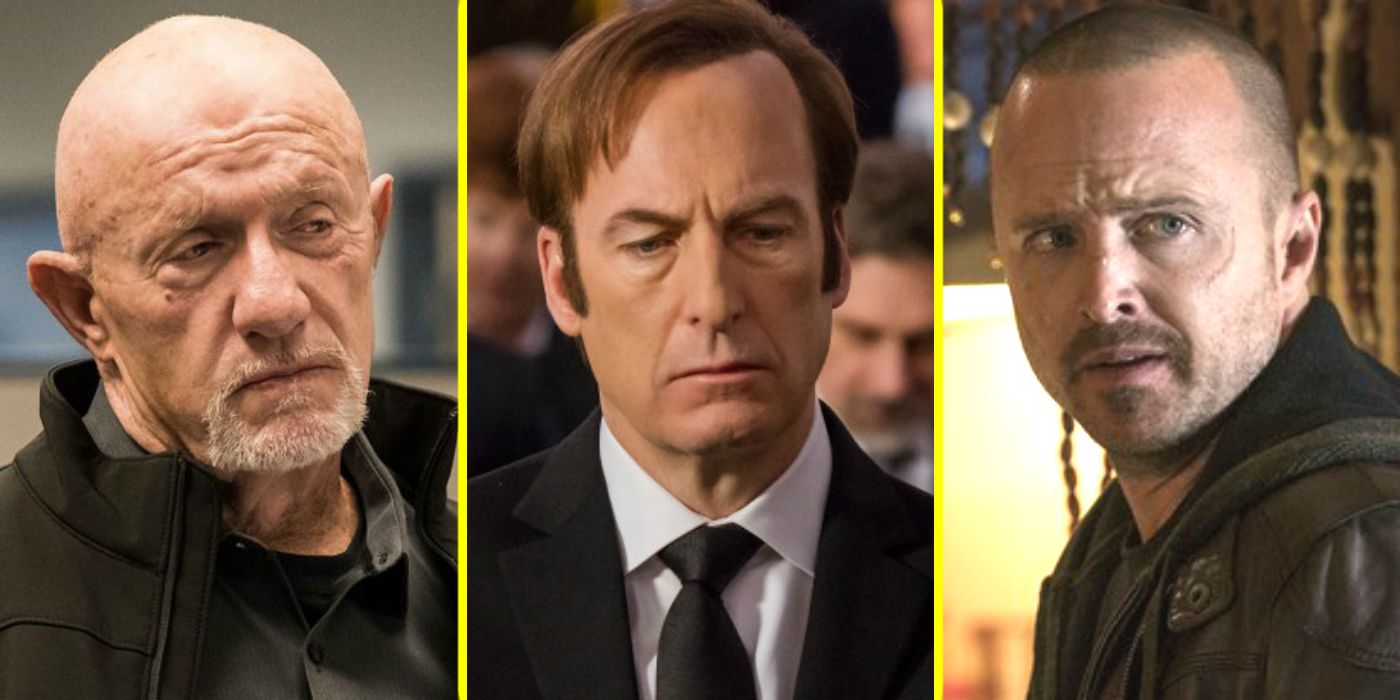 Only one character has appeared in all three of Breaking Bad, Better Call Saul, and El Camino: A Breaking Bad Movie: Mike Ehrmantraut (Jonathan Banks). When Better Call Saul premiered, Mike and Saul Goodman stood as the primary characters who starred in the first two projects. They were later joined by memorable Breaking Bad characters like Gus Fring, Lydia Rodarte-Quayle, Gale Boetticher, Huell Babineaux, and Krazy-8. Of course, many members of the Salamanca family appeared in both series including Hector, Tuco, Marco, and Leonel.

El Camino featured even more Breaking Bad characters. Skinny Pete and Badger were crucial keeping Jesse’s whereabouts a secret in the follow-up film. Todd Alquist was also a major factor in the movie’s storytelling as it focused on many of Jesse’s past in the form of flashbacks. Other Breaking Bad characters who reprised their roles for the movie included Jane Margolis, Old Joe, Ed Galbraith, and Jesse’s parents, Diane and Adam Pinkman. Of course, the most notable appearance was that of Walter White, but Mike’s appearance started it and was key to the ending as well.

Mike’s appearance in all three Breaking Bad projects proves how important the character is to the overall narrative. Mike first made his debut in Breaking Bad season 2, when Saul turned to Mike for help in cleaning up Jane’s death. The private investigator also paid many favors for his lawyer and associate, Saul Goodman. Mike had a deep understanding of the underground meth operations, making him an invaluable asset. He eventually became caught up with Walt and Jesse’s endeavors despite his initial reluctance. Even after his boss was killed, Mike agreed to work with the men. This decision later caused Mike’s death at the hands of Walt, but that wouldn’t be the end of the character. Better Call Saul provided Mike with a proper backstory by detailing his life as a corrupt cop and explaining how he became involved in the rivalry between Gus and Hector. When El Camino was announced, there was speculation regarding which characters from both shows would reprise their roles. Banks appeared in the follow-up film, making him the sole character involved in all three stories.

Mike’s scene occurred as the opener of El Camino. He was present during a flashback that featured Mike and Jesse having a discussion before they decided to leave Walt’s meth business. Jesse asked Mike where he would go if he had the chance to start over. Mike answered that he would begin a new life in Alaska. This idea stayed with Jesse as he later used Ed Galbraith’s to get a chance at a clean slate by escaping to Alaska. Mike also warned Jesse that he will never be able to make up for the past. The location of the scene was notably the same area that Walt killed Mike.

Banks’ involvement in the shared Breaking Bad story is far from over. Mike is still working alongside Gus and overseeing the construction of the new meth lab. The character’s story will continue when Better Call Saul returns for season 5 in 2020. His working relationship with Gus will stay in focus as Better Call Saul inches closer to Breaking Bad‘s timeline. If Walt or Jesse ever make an appearance on Better Call Saul, Mike will no longer be standing atop the “most appearances” list. There’s also a handful of other characters who could join Mike such as Skinny Pete and Badger, but they’re probably too busy playing video games at that point in their lives.