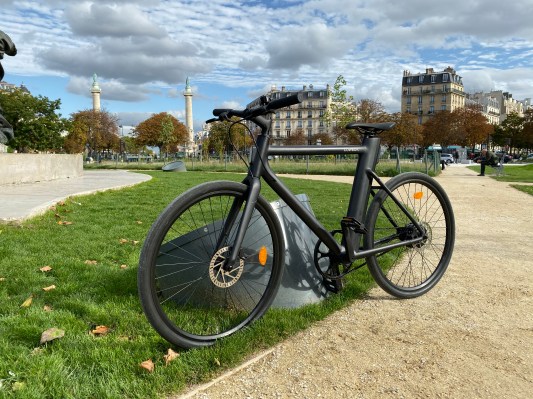 Electric-bike maker Cowboy recently let me spend a couple of weeks with one of their e-bikes. It’s a well-designed e-bike that makes biking effortless, even if you’re going uphill.

Cowboy is a Brussels-based startup. The company raised a $3 million seed round a couple of years ago and an $11.1 million (€10 million) Series A round last year.

The company designs e-bikes from scratch. Components feel more integrated than in a normal e-bike. And it also opens up some possibilities when it comes to connectivity and smart features.

Cowboy sells its bikes directly to consumers on its online store. It is currently available in Belgium, France, Germany, the Netherlands and Austria for €2,000 ($2,220).

I rode 70 kilometers (43 miles) in the streets of Paris to try it out. For context, riding a bike in Paris is nothing new for me. I primarily use my non-electric bike to go from point A to point B — bikes are commuting devices for me. And given that Cowboy is primarily designed for densely populated cities, I thought I’d give it a try. 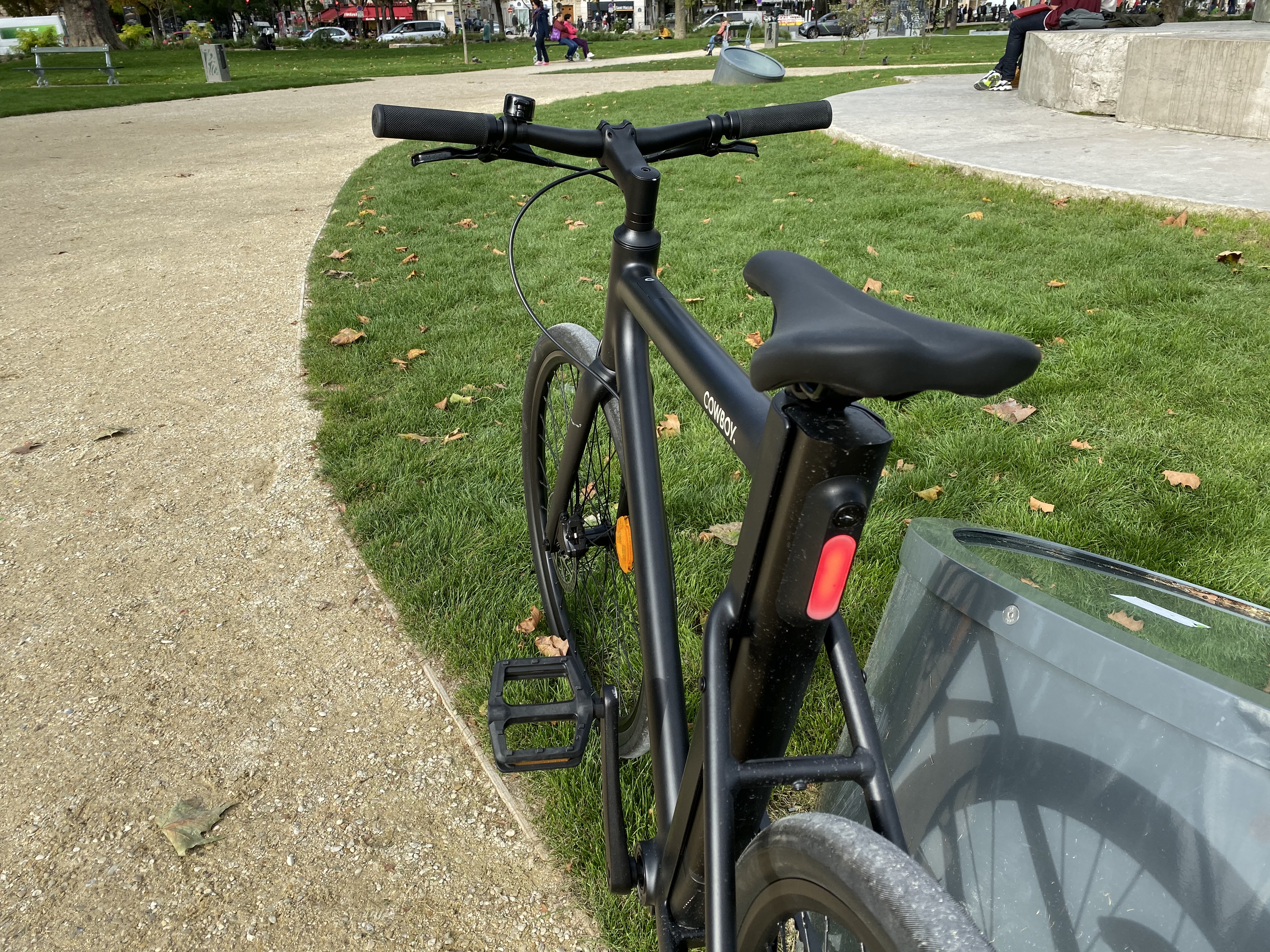 From the outside, the Cowboy e-bike is a sleek bike. It features a seamless triangle-shaped aluminum frame, integrated lights and a low-key Cowboy logo near the saddle. The handlebar is perfectly straight like on a mountain bike. The only sign that this is an e-bike is that the frame is much larger below the saddle.

The e-bike is relatively light at 16kg (35lbs). Most of the weight is at the back of the Cowboy e-bike because of the battery. But an investor in the startup told me that it wasn’t a problem and that he was even able to attach a baby seat at the back.

The two things you’re going to notice quite quickly is that there’s no gear and there’s a rubber and glass fiber belt. Cowboy has opted for an automatic transmission — motor assistance kicks in automatically when you need it the most, such as when you start pedaling, you accelerate or you go uphill. 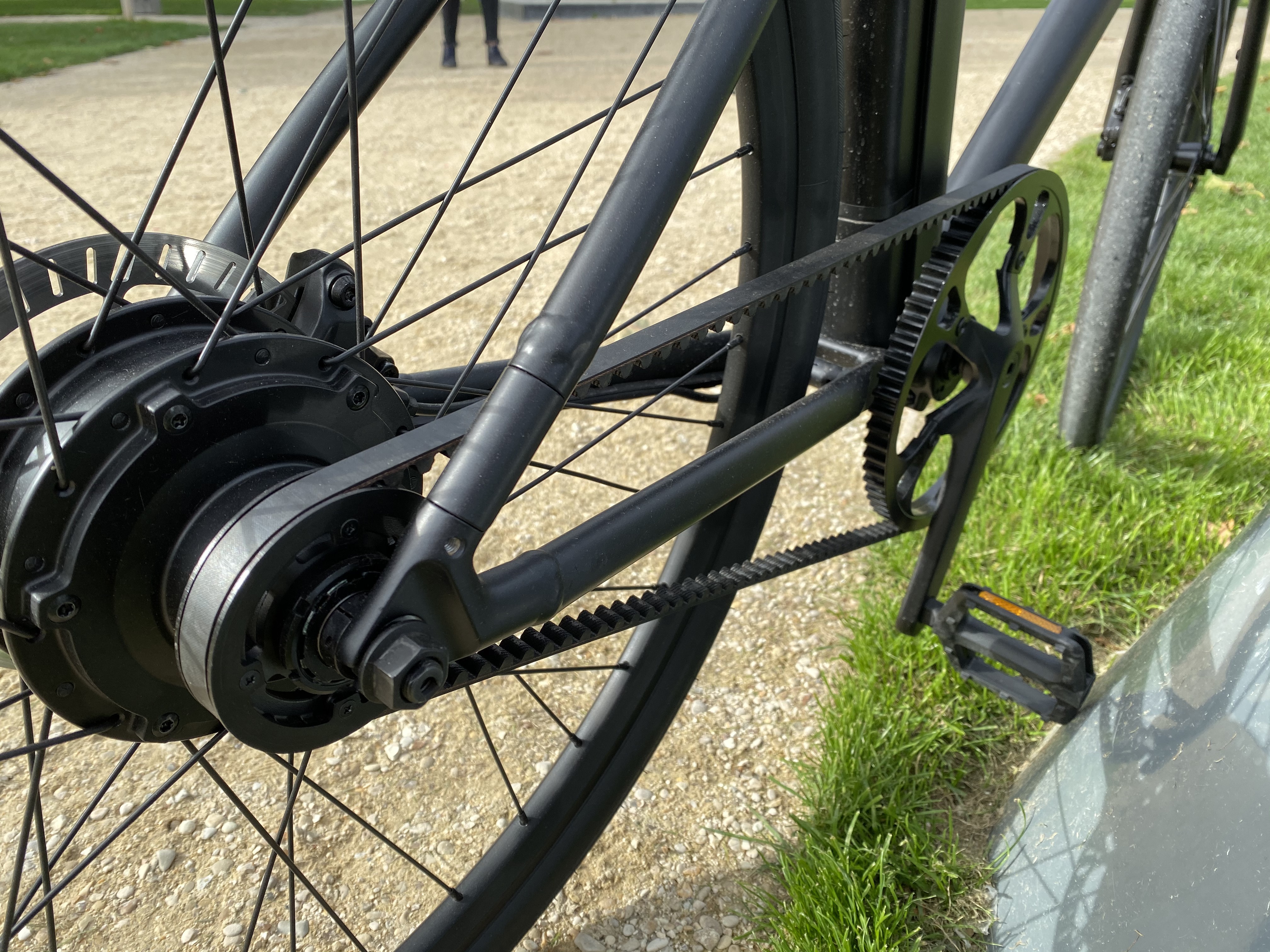 If you usually ride on a normal bike, this feels weird at first. I constantly shift from one gear to another. With the Cowboy e-bike, you have to trust the bike and forget about gears.

The electric motor kicks in a second after you start pedaling. It means that you are much faster than people using regular bikes. And you can reach a speed of 30 to 35 kmph in no time (18 to 22 mph). Yes, this bike is fast.

Fortunately, brakes work surprisingly well. You have to be careful with them. If you’re braking too hard, you’ll skid, especially if it’s raining.

I was able to ride from one end of Paris to another without breaking a sweat. Sure, the Cowboy e-bike is fast, but I only saved a few minutes compared to my non-electric bike. You still spend a lot of time waiting at big intersections.

In fact, riding the Cowboy e-bike felt more like riding a moped-style scooter. You start your engine at a green light, ride as quickly as possible, brake aggressively at a red light and spend more time waiting at intersections. I believe an e-bike makes more sense in larger cities with huge hills. Paris is much, much smaller than London or Berlin after all. 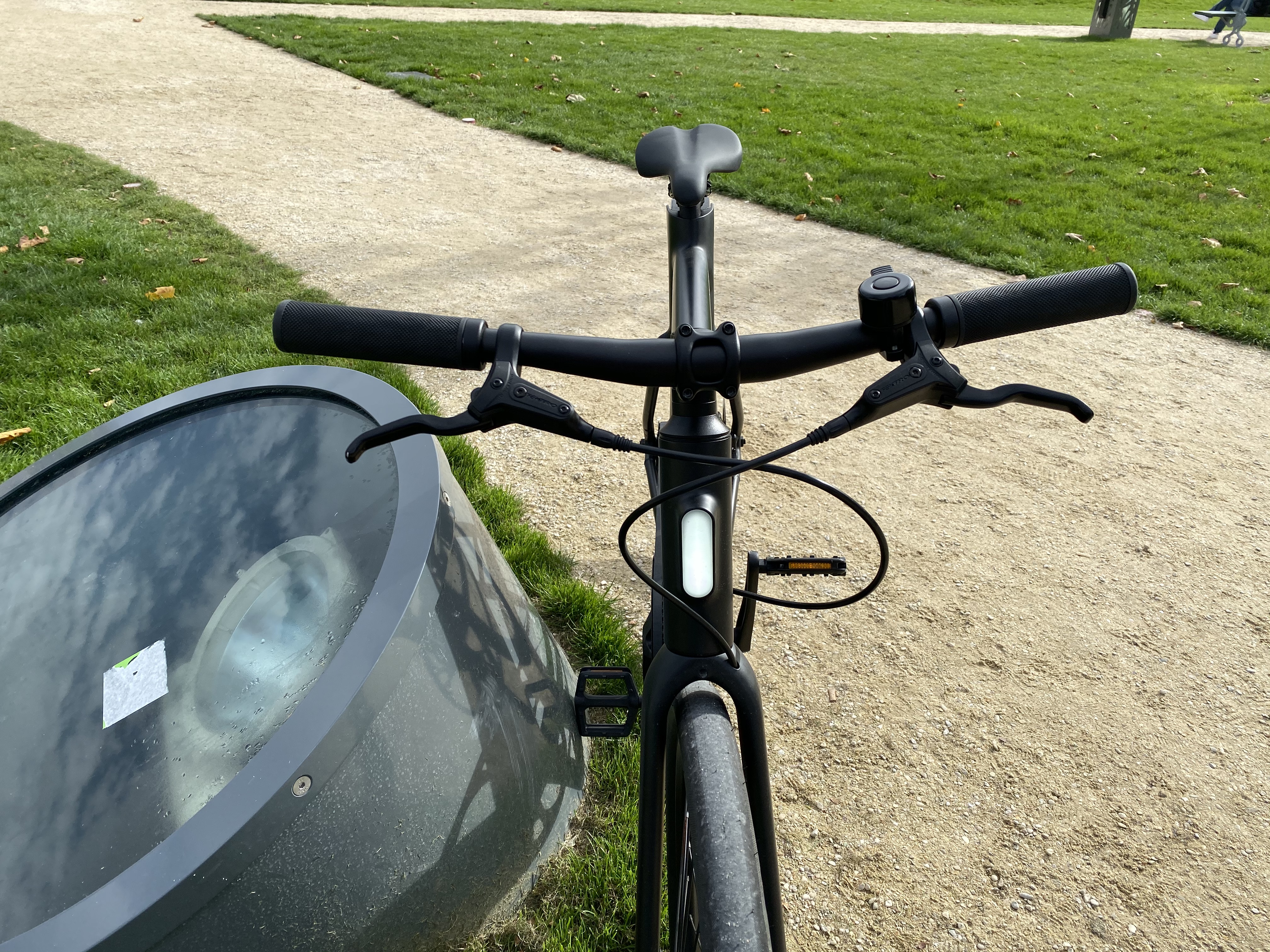 You may have noticed that the Cowboy e-bike doesn’t have fenders. Cowboy will start selling custom-designed fenders for €89 in a few weeks ($100).

Another thing worth noting is that you have to be relatively tall to use the Cowboy e-bike. I’m 1.75m tall (5’8”) and I lowered the saddle as much as possible. If you’re just a tiny bit smaller than me, chances are it’s going to be too high for you. Similarly, naming your brand “Cowboy” doesn’t make your bike particularly attractive for women. 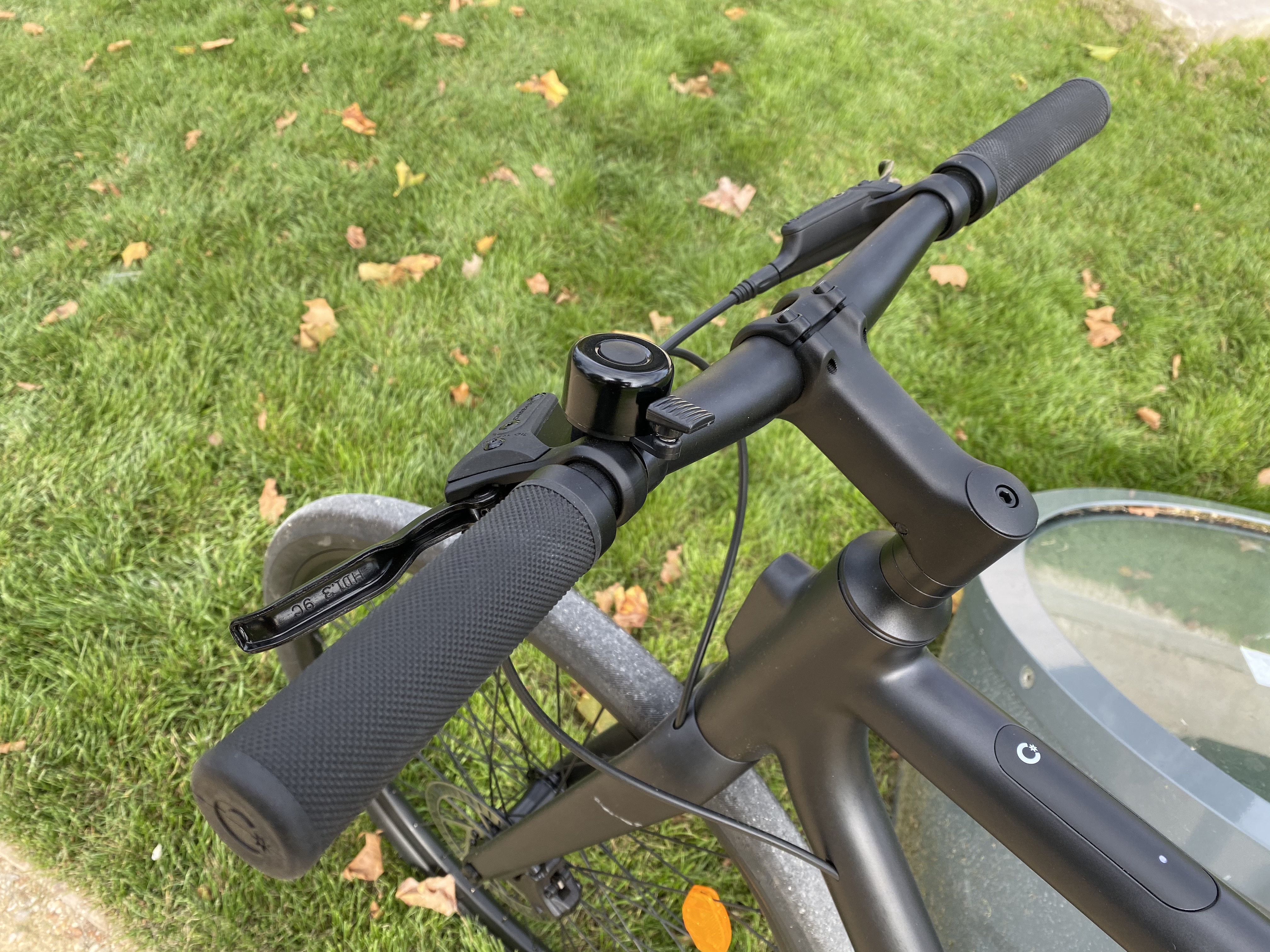 When it comes to connectivity, the Cowboy e-bike isn’t just an electric bike — it’s also a smart bike. It has built-in GPS tracking and an integrated SIM card.

After pairing the bike with your phone using Bluetooth, you can control it from a mobile app. In particular, you can lock and unlock the bike, turn on and off the lights and check the battery. It would have been nice to put a light sensor on the bike itself as you may forget to turn on the lights at night. You can also get a rough idea of the current battery level without the mobile app — there are five LEDs on the frame of the device.

Thanks to GPS capabilities and the integrated SIM card, you can locate your bike using a feature called “Find my Bike”. The company also sells insurance package for €8 to €10 per month with theft insurance and optionally damage insurance.

I recharged the battery once during my testing. According to the company, you can get up to 70km on a single charge (43 miles). I got less than that but I also tried the off-road mode, which consumes more battery. Unless you’re going on a long bike trip, range isn’t an issue for city rides.

When it’s time to recharge the battery, you can detach the battery with a key and bring it back home. This is a great feature for people living in apartments as you can leave your bike at its normal parking spot and plug the battery at home. The battery was full after 3 to 4 hours. 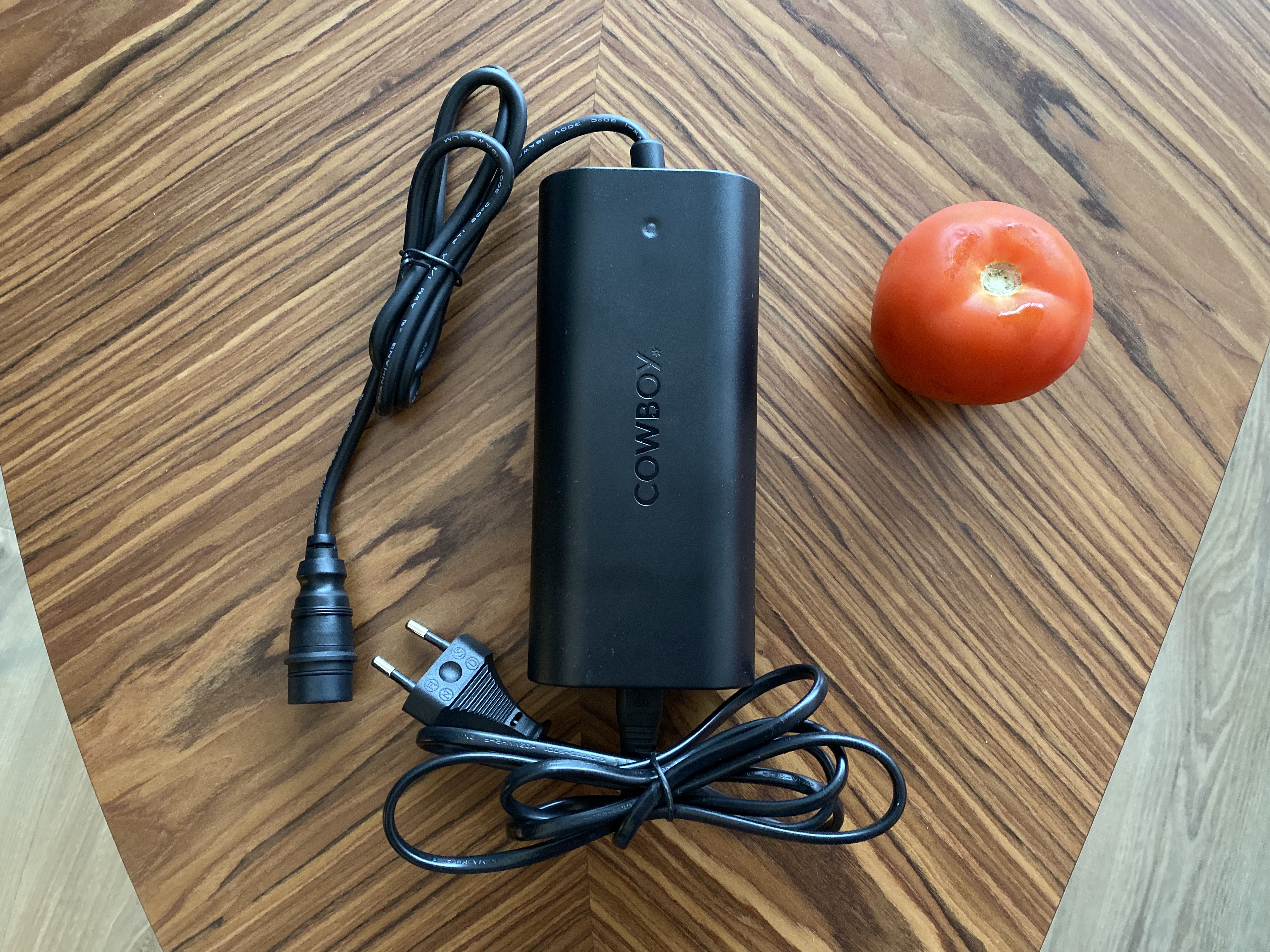 Overall, the Cowboy e-bike is the perfect commuting bike for people living in large cities. It’s a smooth and well-designed experience. If you’re looking for an e-bike, you should definitely consider the Cowboy e-bike as one of your options. I would book a test ride before buying one though.

If you’re happy with a normal bike like me, the Cowboy e-bike is 100% an e-bike. Don’t expect to get the same experience on a Cowboy e-bike. It’s a completely different thing. But I’m glad e-bikes exist because they are going to convince more people to ditch their cars and moped-style scooters. 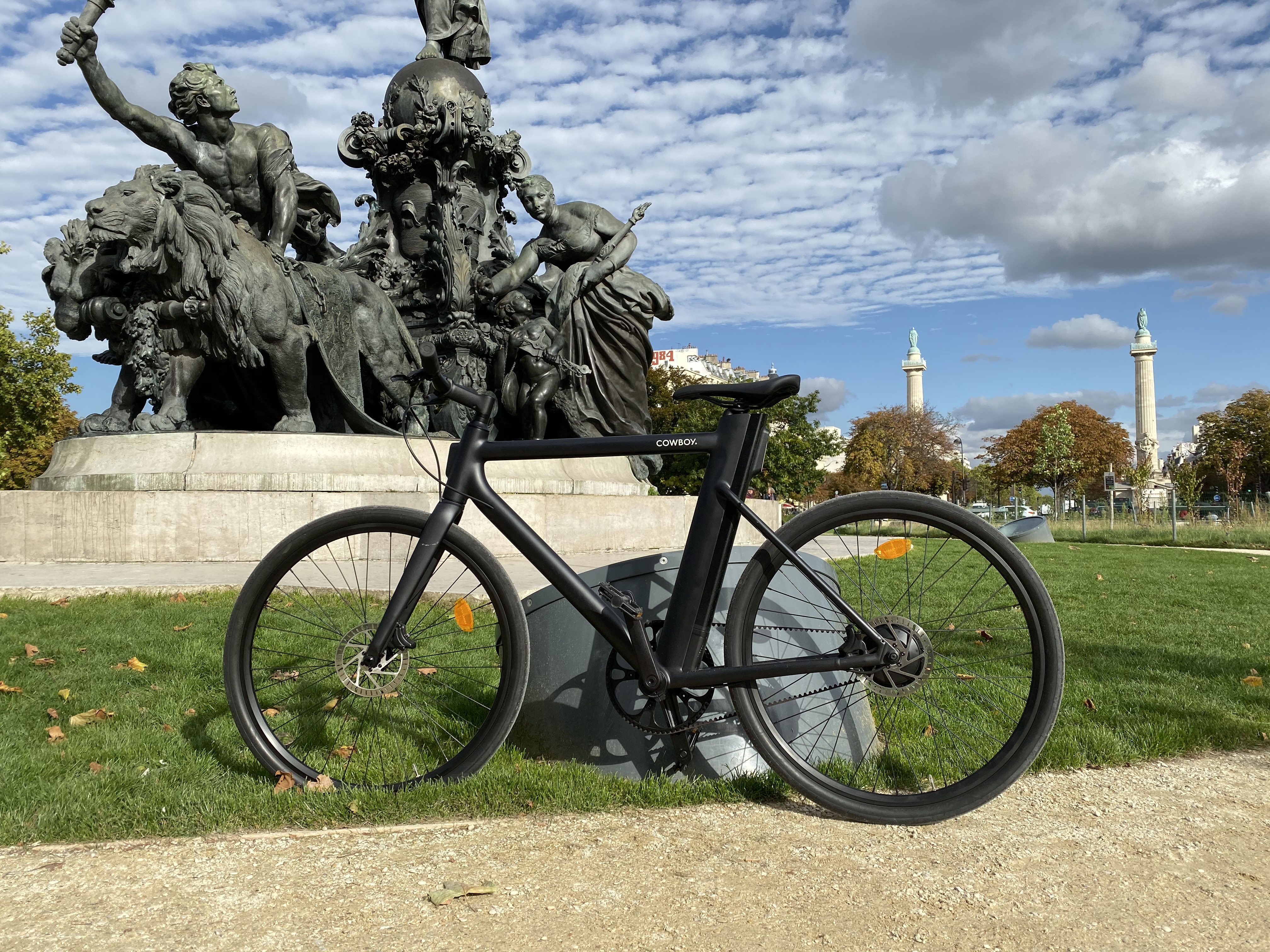