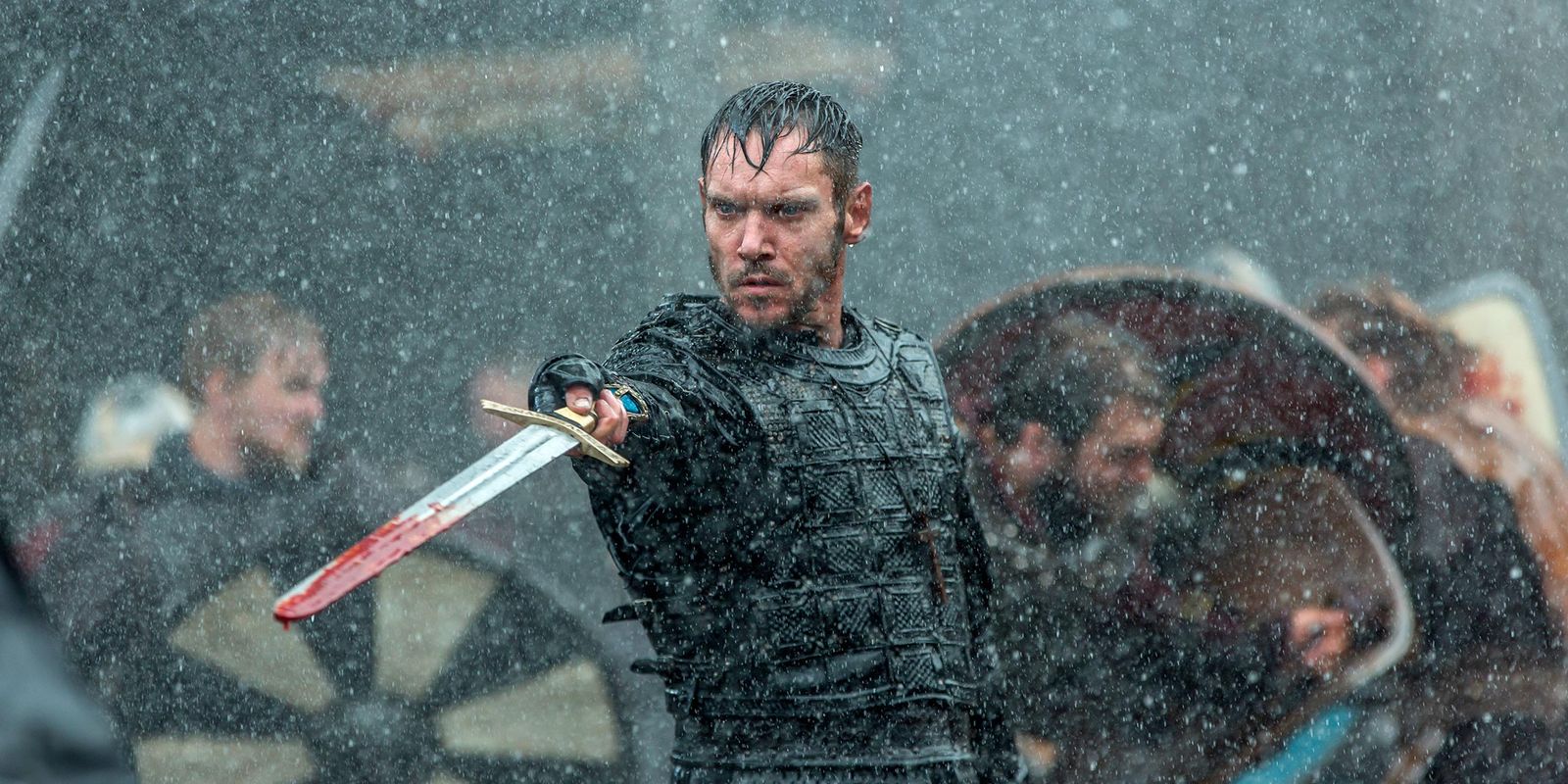 Jonathan Rhys Meyers made a real impression during his time on Vikings - here’s his character Headmund explained. When Vikings debuted on History in 2013 it followed the bloody adventures of Ragnar Lothbrok (Travis Fimmel), with the first four seasons charting his battles and complex relationships with family, friends and enemies alike. Like Game Of Thrones, Vikings attracted a rabid fanbase for its fantastic characters, rich production design and gory battle scenes.

Of course, being a show based on real historical events and characters meant Ragnar couldn’t last forever. In Vikings season 4 he’s executed by King Aelle by being tossed into a pit of snakes. Historical accuracy or no, a show killing its main character is always a gusty move. For some fans, season 5 suffered for Fimmel’s exit, but it still received solid reviews and switched focus to Ragnar’s sons – including sociopath Ivar The Boneless – and a host of new characters. The show is set to return for a sixth and final season in December 2019, which will consist of 20 episodes.

While fans of Vikings will likely be heartbroken when it finally ends, a potential spinoff is in the works too. A lot of great characters have come and gone over the course of the show, with season 4 introducing Jonathan Rhys Meyers (The Tudors) as Heahmund, the Saxon Bishop of Sherborne. He appeared briefly in finale “The Reckoning,” where he’s conducting a funeral. A grieving widow comes to thank Headmund and the two are later shown having quite aggressive sex. His sword is also shown, hinting at his warrior status.

After this introduction, Heahmund is given a lot of juicy storylines during Vikings season 5. While he’s devout in his faith – with a burning hatred for pagans – he’s also riddled with personal demons, which he battles with drink and sex. Despite his relatively short time on the series he makes a big impression on most of its key players. After being spared by Ivar following a typically messy fight the two men (briefly) form an alliance, before he falls in love with Lagertha (Katheryn Winnick, Polar) and they embark on a passionate affair.

For a time, it seemed Headmund was destined to be the new leading man of Vikings, but this didn’t prove to be the case. Heahmund renounces his love for Lagertha after having a violent dream of Hell and meets his destiny during the Battle of Marton. Heahmund was also based on a historical figure who was slain in battle, and in season 5’s aptly named “Hell,” Meyer’s Headmund is killed during the Battle of Marton. Despite wanting to renounce his feelings for Lagertha, he calls out to her during his dying moments, essentially damning his soul. He may have only lasted for essentially one season of Vikings, but Jonathan Rhys Meyers gave a powerful performance as Bishop Headmund, with the character having a satisfying – and tragic – arc.

Next: What To Expect From Vikings Season 6