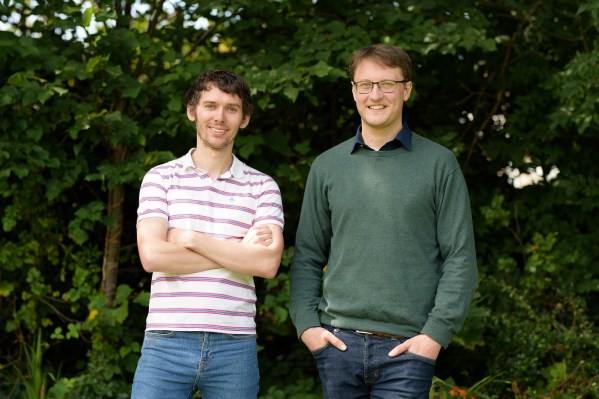 Tines, a Dublin-based startup that lets companies automate aspects of their cybersecurity, has raised $4.1 million in Series A funding. Leading the round is Blossom Capital, the venture capital firm co-founded by ex-Index Ventures and LocalGlobe VC Ophelia Brown.

Founded in February 2018 by ex-eBay, PayPal and DocuSign security engineer Eoin Hinchy, who was subsequently joined by former eBay and DocuSign colleague Thomas Kinsella, Tines automates many of the repetitive manual tasks faced by security analysts so that they can focus on other high priority work. The pair have bootstrapped the company until now.

“It was while I was at DocuSign that I felt there was a need for a platform like Tines,” explains Hinchy. “We had a team of really talented engineers in charge of incident response and forensics but they weren’t developers. I found they were doing the same tasks over and over again so I began looking for a platform to automate these repetitive tasks and didn’t find anything. Certainly nothing that did what we needed it to, so I came up with the idea to plug this gap in the market”.

To that end, Tines lets companies automate parts of their manual security processes with the help of six software “agents,” with each acting as a multipurpose building block. Therefore, regardless of the process being automated, it only requires combinations of these six agent types configured in different ways to replicate a particular workflow.

“I wanted there to be as few agent types as possible, to simplify the system, and I haven’t discovered a workflow in which tasks sit outside of these agents yet,” says Hinchy. “Once a customer signs up they can start automating their own workflows immediately and most of our customers see value from day one. If they need a hand, my team works with them to establish how they currently manually carry out tasks, such as identifying and dealing with a phishing attack. Each step of dealing with the attack – from cross-checking the email address with trusted contacts or a blacklist, to scanning attachments for viruses or examining URLs – will be performed by one of the six agent types. This means we can assign these tasks to an agent to create the workflow, or as we call it the “story.”

So, for example, once a phishing email triggers the first agent, the following steps in the “story” are automatically carried out. In this way, Tines might be described as akin to IFTTT, “but an exceptionally powerful, enterprise version of the IFTTT concept, designed to manage much more complex workflows”.

Competitors are cited as Phantom, which last year was acquired by Splunk, and Demisto, which was bought by Palo Alto Networks. However, Hinchy argues that a key differentiator is that Tines doesn’t rely on pre-built integrations to interact with external systems. Instead, he says the software is able to plug in to any system that has an API.

Meanwhile, Tines says it will use the new funding to hire engineers in Dublin who can help improve the platform through R&D, as well as grow its customer base with companies in the U.S. and in Europe. Notably, the startup plans to expand beyond cybersecurity automation, too.

“Our background is in security so with Tines, we’ve initially focused on helping security teams automate their repetitive, manual processes,” says Hinchy. “What makes us different is that nowhere does it say we can’t expand beyond this, to help other teams and sectors automate tasks. The advantage of our direct-integration model is that Tines doesn’t care if you’re talking to a security tool, HR system or CRM, it treats them the same. In the next 18 months, we plan to expand Tines outside security, hire more talent and increase the product team from 8 to 20”.