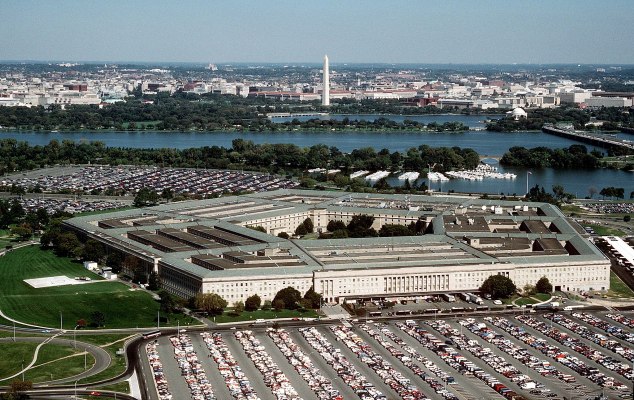 The JEDI drama never stops. The $10 billion, decade long cloud contract has produced a series of twists and turns since the project was announced in 2018. These include everything from court challenges to the president getting involved to accusations of bias and conflict of interest. It has had all this and more. Today, in the latest plot twist, the Secretary of Defense Mark Esper recused himself from the selection process because one of his kids works at a company that was involved earlier in the process.

Several reports name his son, Luke Esper, who has worked at IBM since February. The RFP closed in April and Esper is a Digital Strategy Consultant, according to his LinkedIn page, but given the persistent controversy around this deal, his dad apparently wanted to remove even a hint of impropriety in the selection and review process.

“As you all know, soon after becoming Secretary of Defense in July, Secretary Esper initiated a review of the Department’s cloud computing plans and to the JEDI procurement program. As part of this review process he attended informational briefings to ensure he had a full understanding of the JEDI program and the universe of options available to DoD to meet its cloud computing needs. Although not legally required to, he has removed himself from participating in any decision making following the information meetings, due to his adult son’s employment with one of the original contract applicants. Out of an abundance of caution to avoid any concerns regarding his impartiality, Secretary Esper has delegated decision making concerning the JEDI Cloud program to Deputy Secretary Norquist. The JEDI procurement will continue to move to selection through the normal acquisition process run by career acquisition professionals.”

Perhaps the biggest beef around this contract, which was supposed to be decided in August, has been the winner-take-all nature of the deal. Only one company will eventually walk away a winner, and there was a persistent belief in some quarters that the deal was designed specifically with Amazon in mind. Oracle’s Co-CEO Safra Catz took that concern directly to the president in 2018.

The DoD has repeatedly denied there was any vendor in mind when it created the RFP, and internal Pentagon reviews, courts and a government watchdog agency repeatedly found the procurement process was fair, but the complaints continue. The president got involved in August when he named his then newly appointed defense secretary to look into the JEDI contract procurement process. Now Espers is withdrawing from leading that investigation, and it will be up to others including his Deputy Secretary to finally bring this project over the finish line.

Last April, the DoD named Microsoft and Amazon as the two finalists. It’s worth pointing out that both are leaders in Infrastructure as a Service marketshare with around 16% and 33% respectively.

It’s also worth noting that while $10 billion feels like a lot of money, it’s spread out over a 10-year period with lots of possible out clauses built into the deal. To put this deal size into perspective, a September report from Synergy Research found that worldwide combined infrastructure and software service spending in the cloud had already reached $150 billion, a number that is only expected to continue to rise over the next several years as more companies and government agencies like the DoD move more of their workloads to the cloud.

Tech doesn’t get more full circle than this
Deadline’s Pete Hammond & Todd McCarthy Talk Summer Movies And Why Theaters Are Thirsting For Them
Hugh Jackman Has Seen Elvis, And He Has Thoughts On Austin Butler, Tom Hanks, And More
Dakota Johnson On What Her Off-Camera Relationship With Fifty Shades Co-Star Jamie Dornan Was Like While Filming The Movies
Richard Gere Sells Massive New York Compound for $24 Million