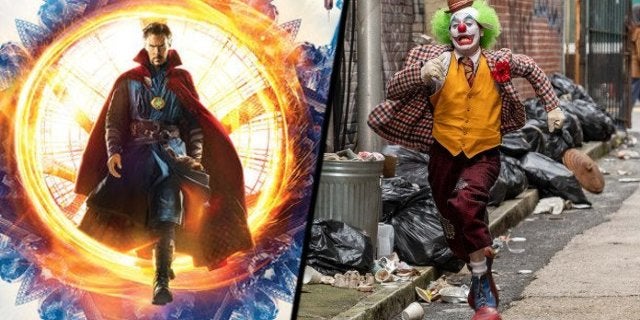 Joker added another $29 million to its domestic box office total this weekend. That brings its running total to $247 million, surpassing the lifetime domestic totals of fellow comic book-inspired moves Justice League ($229 million), Doctor Strange ($232 million), and X-Men: Days of Future Past ($233 million). As reported yesterday, Joker continues to climb the worldwide box office, surpassing Logan and Justice League. It is now the fourth highest-grossing R-rated movie of all time behind The Matrix Reloaded, Deadpool, and Deadpool 2. If Joker doesn’t lose steam, then there’s a chance it could become the highest-grossing R-rated movie of all time.

Joker is already the highest-grossing Warner Bros. release of the year at the global box office. “Not only did Joker over-perform in North America, but also internationally where the acclaim, buzz and controversy surrounding the film resonated strongly with moviegoers who put the film at the top of their cinematic priority list,” Comscore senior media analyst Paul Dergarabedian noted. “Movies that become part of the general conversation due to their controversial nature are often those that transcend their status as a movie to become a cultural event and this is exactly what happened with Joker.”

The film is proving polarizing with critics. ComicBook.com’s Brandon Davis calls the film a masterpiece is his 5-star review, writing, “Whether or not Joker is a social commentary on issues such as poverty or mental illness, a new and mysterious take on the best known DC Comics villain, or just another unforgettable piece of cinema which producer Martin Scorsese is attached to, you’ll need to see to believe it and, even then, you still might not believe it.”

How do you feel about the box office success of Joker? Do you think that Joker will become the highest-grossing R-rated movie of all time at the worldwide box office? Let us know what you think about it in the comments. Joker is now playing in theaters.