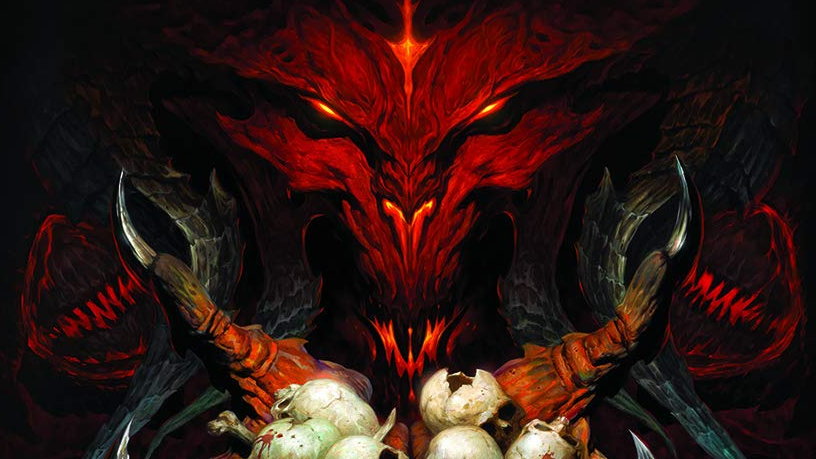 With BlizzCon less than a fortnight away, the chatterers are chattering: will this be the year Blizzard announce Diablo IV? Last year they announced the mobile spin-off Diablo Immortal at their fanorama and, well, soon insisted they were working on “multiple unannounced Diablo projects” to calm disappointed fans. Will this be the year? Blizzard are wisely keeping schtum, but Diablo IV is mentioned by an advert in a German games magazine for a Diablo art book. Presumably either Diablo IV will be announced soon or that is a catastrophic typo that has Blizzard marketing people currently shouting “OH GOD OH GOD NOT AGAIN.”

German site GameStar have, er, reported on the advert found in their magazine. The ad is for The Art Of Diablo, a book that’s due to launch on November 3rd – right after BlizzCon. Most official descriptions speak broadly about the series but the advert in German magazine GameStar specifically mentioned including artwork “from Diablo, Diablo II, Diablo III and Diablo IV.”

Blizzard have not yet announced anything named Diablo IV so it seems they may be about to. That’s a hot scloosie GameStar probably weren’t expecting to find in their own pages.

Or Blizzard are now in a screaming panic. “DIABLO IMMORTAL RILED FANS ENOUGH,” they cry. “AND THEN US CONSTANTLY TRIPPING OVER OUR CLOWN SHOES WITH THE HEARTHSTONE BANS?” they moan, tearing at their hair. “ACTUAL MEMBERS OF CONGRESS HAVE CALLED US OUT!” they add, throwing handfuls of hair as a dramatic flourish. “WE CAN’T NOT ANNOUNCE DIABLO IV NOW,” they hiss through throats shouted raw. “SAY ANYTHING,” they insist, already plotting which colleague they’ll crucify upon a resin statue of Deckard Cain live on stage.

BlizzCon runs November 1st and 2nd so we’ll find out soon enough. I’ve now realised that I’m expecting it to be like Devolver Digital’s E3 pressblasts.