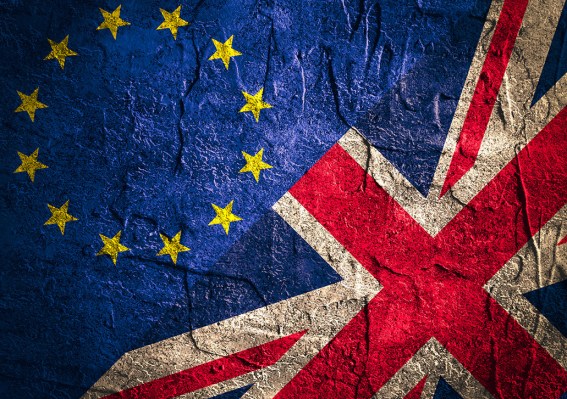 The turbulence of Brexit has left both UK and European startups alike wondering about the best path forward. From recruiting to acquiring investment to scaling into other parts of Europe, the challenges seem to be mounting. By December, who knows what will have happened on the Brexit landscape, such is the chaos.

At Disrupt Berlin in December, we’ll hear from investor Bindi Karia who has deep European ties, founder Glenn Shoosmith who’s expanding his startup internationally and German-born but UK-domiciled VC Volker Hirsch on how to make the right decisions in the face of these obstacles.

Bindi Karia works as a venture partner at a large london-based VC and has held positions in and around the tech industry for as long as she’s been working. She’s been a consultant at PwC Consulting, worked in corporate environments like Microsoft Ventures, served within a startup at Trayport, as an advisor across a number of organizations (Startup Europe, TechStars Startup Weekend, Tech London Advocates, European Innovation Council, WEF). She’s been a banker with Silicon Valley Bank and currently invests as a partner at a large London-based VC firm, as well as serving on the advisory board for seven different startups. She brings a wealth of knowledge to the conversation and understands the differing perspectives involved in each startup’s journey to success.

Volker Hirsch will bring us not only his perspective as a former entrepreneur-turned-VC but also as a German-born citizen living in the UK and dealing with Brexit. He is a Partner at Amadeus, working on its early-stage funds whose investment focus is on artificial intelligence & machine learning, autonomous systems, human-machine interfaces, cybersecurity, enterprise SaaS, digital health and medical technologies.

Volker founded or co-founded a total of 6 companies to date. He is currently co-founder of Blue Beck, a 40-strong mobile development house and a Venture Partner at Emerge Education, Europe’s leading early-stage EdTech investor.

Prior to joining Amadeus Capital, Volker was amongst the first angel investors in companies like Pi-Top, Bibblio (where he is also Chairman), Aula Education and Wonde. His personal investment portfolio comprises about a dozen investments with companies based across Europe and the US.

Previously, Volker was the Chief Strategy Officer at Scoreloop, a mobile social gaming platform, which he helped grow from (almost) inception to 450m users at its peak. When the company got acquired by BlackBerry in 2011, he served as BlackBerry’s Global Head of Business Development – Games.

Lastly, Glenn Shoosmith will bring his perspective as a founder with a substantial operation in the UK but who recently expanded into the US. Originally founded as BookingBug in 2008, the renamed JRNI (pronounced ‘journey’) has become one of the market-leading multichannel appointment scheduling and customer journey platforms, helping leading global retailers, banks, central and local governments enhance their customer experience and save costs. JRNI has a team of over 100 based in London, Boston and Sydney.

Glenn has been a passion advocate for London and the UK as a technology hub within Europe and in the past has helped shape government policy towards innovation and technology, both as an early advocate for Tech City, and an advisor and representative of the government nationally and internationally.

Buy your ticket to Disrupt Berlin to listen to this discussion — and many others. The conference will take place December 11-12.

No Big Deal, Just Olivia Wilde And Jason Sudeikis Hugging It Out Months After Custody Drama
Knock At The Cabin Reviews Are Here, See What Critics Are Saying About M. Night Shyamalan’s New Thriller
Bacteria Can Use Plastic Waste as a Food Source, Which Isn’t as Good as It Sounds
The Swifts
‘Five Nights at Freddy’s’ – Filming Has Finally Begun on the Blumhouse Horror Movie