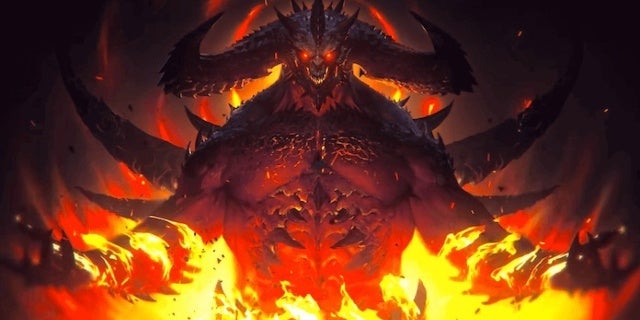 Last year at BlizzCon, Blizzard announced a brand-new Diablo game. Normally, when a new Diablo is announced, it’s a massive deal. However, not this time. Why? Because after teasing a Diablo 4 announcement, Blizzard announced Diablo: Immortal, a mobile game. Not only were many fans of the series unhappy to see the big Diablo announcement be a mobile experience, but it didn’t even look like a good Diablo mobile game. Couple this with an awkward presentation and bad messaging, and well it quickly turned into a PR disaster for Blizzard, which has been having quite a few lately. That said, this year it looks like it may atone for this with not one major Diablo announcement, but two.

According to Metro, a source who has leaked previous BlizzCon announcements, Diablo 4 will be officially announced at the show, alongside a remaster of Diablo 2. Unfortunately, Metro doesn’t divulge any further details, but does note the scoop is from the same source that gave them information about Overwatch’s new hero Ashe last year, which they leaked out ahead of BlizzCon.

Blizzard has confirmed it’s working on Diablo 4, so the idea that it’s finally ready to announce the game isn’t very surprising. What’s more surprising is that it’s remastering Diablo 2, presumably for modern consoles.

Of course, all of this should be taken with a grain of salt like any rumor or unverifiable report. However, again, the source in this instance at least has some history of accurate scoops, lending more weight to the claim than usual.

Obviously, two big Diablo announcements would be excellent timing for Blizzard, which finds itself in one of the hottest PR video game messes of this entire generation. In fact, the only thing I think that rivals Blizzard’s current fiasco is the loot boxes in Star Wars Battlefront II that caused EA’s stock to tank and caught the attention of lawmakers around the world.

For those that missed it: Blizzard has been facing massive backlash across the board after banning a professional Hearthstone player for speaking about the Hong Kong protests during an official Hearthstone tournament stream, an action it’s stood by, despite an open letter from prominent congress members urging it to rethink the course it’s taking. Will Diablo announcements and an Overwatch sequel be enough to quiet the storm? No way, but at this point I’m sure Blizzard is banking on it to at least lessen the backlash.

Mario + Rabbids Sparks of Hope preview promises a playful adventure, and Bowser gets to join in
‘The Timekeepers of Eternity’ CFF Review – ‘The Langoliers’ Gets an Innovative, Experimental Reworking
‘Obi-Wan Kenobi’ Finale Audience 20% Higher Than ‘Book Of Boba Fett’; ‘Dr. Strange 2’ Ahead Of ‘Eternals’ In Disney+ Viewership
Kristy Sellars Hopes to Break Pole Dancing Stigma After ‘AGT’ Audition
Deepest shipwreck ever found discovered at nearly 7,000 meters below sea level