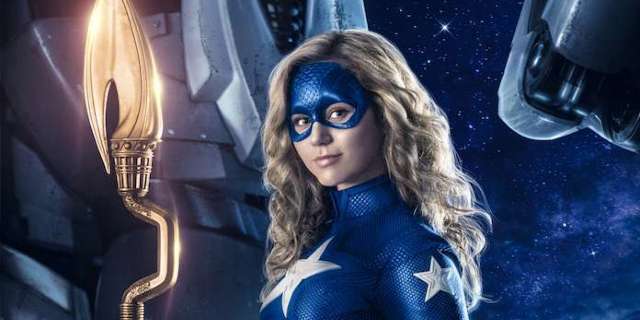 Stargirl, the Geoff Johns-helmed series developed for the DC Universe app, will reportedly head to The CW, where it will be modified somewhat to fit the standards and format of broadcast television. The rumor comes from Collider’s Jeff Sneider, who tweeted it, noting that uncut episodes (likely for length rather than language or violence, since it is Stargirl after all) may make their way to HBO Max down the line. Such a claim will, depending on your perspective, probably either seem like yet another unsubstantiated claim to make the DC Universe service seem doomed — or reinforce your feeling that the service is doomed.

Sneider discusses the issue on his The Sneider Cut podcast, which you can hear linked in the tweet below. The discussion of Stargirl happens around 40 minutes in.

This week’s RUMOR OF THE WEEK, and I do stress RUMOR: The DC series STARGIRL is heading to the CW, so episodes will have to be recut to fit the network’s broadcast standards, though uncut eps could make their way onto HBO Max down the line. 40-minute mark: https://t.co/mXWon1abPR

Such rumors have been around since DC Universe launched, and have gone into high gear as the HBO Max launch gets ever closer. While DC and Warner Bros. have regularly rejected the narrative that DC Universe is in trouble, the abrupt cancellation of Swamp Thing after a single episode went live was enough to convince a percentage of the audience that the rumors were all true. Doom Patrol, meanwhile, got a second season, but the announcement came with the asterisk that new episodes will run on both DC Universe and HBO Max simultaneously.

Stargirl follows high school sophomore Courtney Whitmore as she inspires an unlikely group of young heroes to stop the villains of the past. This new drama reimagines Stargirl and the very first superhero team, the Justice Society of America, in an unpredictable series. The project focuses on the character that started executive producer Geoff Johns’ career as a comic book writer when he created her in 1999, lovingly inspired by his late sister, who was killed in a 1996 plane explosion.

“There is no other character in comic books more special to me than Stargirl, and after searching far and wide I can say there is no other actor on the planet that embodies her more than Brec Bassinger,” said Johns back when the series was announced. “Brec’s warmth, strength, humor and positive energy are core to who Courtney Whitmore is. I’m so grateful she’s signed on for the role.”

Stargirl is being written and executive produced by Johns, and Greg Berlanti and Sarah Schechter will also serve as executive producers. The series is being produced by Berlanti Productions and Johns’ Mad Ghost Productions in association with Warner Bros. Television. The series stars Bassinger, Joel McHale, Lou Ferrigno Jr., Brian Stapf, Anjelika Washington, Yvette Monreal, and Christopher James Baker, and you can check out the official description for the series below.

“STARGIRL follows High School sophomore Courtney Whitmore who inspires an unlikely group of young heroes to stop the villains of the past. This new DC Universe series reimagines Stargirl and the very first superhero team, the Justice Society of America, in a fun, exciting and unpredictable series premiering in 2019, produced by Warner Bros. Television, Mad Ghost Productions and Berlanti Productions.”

Stargirl is currently expected to hit DC Universe sometime early next year. We’ll see how that works out.