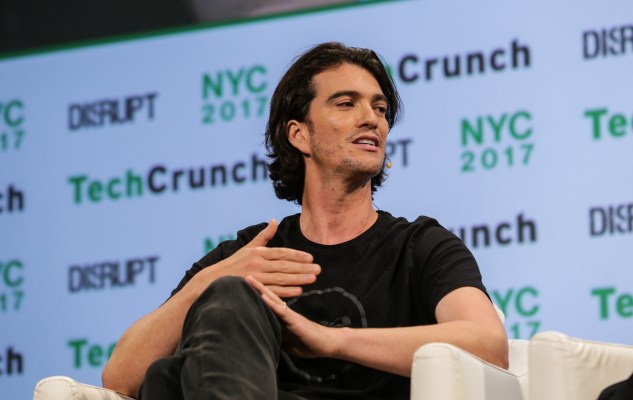 WeWork co-founder Adam Neumann didn’t plan for his family’s control of WeWork to end at his death but instead expected to pass that control to future generations of Neumanns, too, says Business Insider.

The outlet reports that in a speech Neumann gave to employees in January of this year, footage of which it says it has viewed, Neumann is seen saying that WeWork isn’t “just controlled — we’re generationally controlled.” He reportedly goes on to say that while the five children he shares with wife Rebekah Neumann “don’t have to run the company,” they “do have to stay the moral compass of the company.”

According to BI, Neumann even invoked his future grandchildren, telling those gathered: “It’s important that one day, maybe in 100 years, maybe in 300 years, a great-great-granddaughter of mine will walk into that room and say, ‘Hey, you don’t know me; I actually control the place. The way you’re acting is not how we built it,’” he said.

These may sound like more outlandish proclamations from Neumann, who has a flair for the dramatic. (Talking to Fast Company earlier this year, he compared WeWork to a rare jewel, asking, “Do you know how long it takes a diamond to be created?”)

But before WeWork began coming apart at the seams, Neumann had every reason to believe that he could pass power down to his heirs. Though many public shareholders may not realize as much, a growing number of tech founders enjoy the kind of dual-class shares that Neumann had extracted from investors, shares that don’t merely give founders more voting power for a while after their companies go public or even throughout their lifetimes, but whose power can be passed down to their children, too.

We wrote about this very issue as a kind of hypothetical last month, quoting SEC Commissioner Robert Jackson, a longtime legal scholar and law professor, who told an audience last year that nearly half of companies that went public with dual-class shares between 2004 and 2018, gave corporate insiders “outsized voting rights in perpetuity.”

Warned Jackson, “Those companies are asking shareholders to trust management’s business judgment — not just for five years, or 10 years, or even 50 years. Forever.” Such perpetual dual-class ownership “asks them to trust that founder’s kids. And their kids’ kids. And their grandkid’s kids . . . It raises the prospect that control over our public companies, and ultimately of Main Street’s retirement savings, will be forever held by a small, elite group of corporate insiders — who will pass that power down to their heirs.”

You might argue that it’s senseless to worry, that the market will speak as it did in WeWork’s case. But not every company has such apparent flaws, and Neumann could have made himself a lot harder to shake than he did. In fact, the broader question the video raises is whether anyone will step in to stop the broader trend, or if public market investors will be living with the consequences down the road instead.

Neumann wasn’t insane to imagine the scenario that he did. That doesn’t mean it’s rational. Giving founders super-voting shares for some period after transitioning onto the public market, we can understand. Giving founders so much power that their kids call the shots of their publicly traded companies? Now that is crazy.