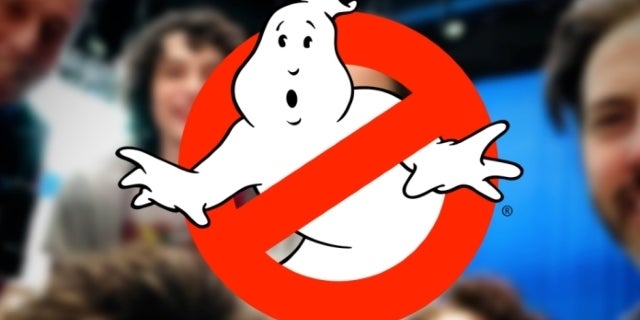 It’s a wrap on Ghostbusters 2020, writer-director Jason Reitman’s direct sequel to father Ivan Reitman’s original Ghostbusters and Ghostbusters II. Celebrating the wrap of a 68-day shoot in Calgary, where the sequel filmed under “Rust City,” Reitman on Friday published to Instagram a new look at four of the film’s main stars: Mckenna Grace, Finn Wolfhard, Logan Kim and Carrie Coon. Not present in the photo captured by Reitman are co-stars Celeste O’Connor and Paul Rudd.

“I want to make my dad proud and I want him to be proud of this film,” Jason Reitman said at the Calgary International Film Festival in September (via Calgary Herald). “I want him to be proud of me but I also want him to be proud of this thing that we’re doing. I’m very aware of the legacy of this movie because I’m a huge fan. I spent summers much like many other young people in the ’80s watching it every day. I’m in love with the movie and I feel a responsibility in picking it up. Since coming here, I’ve met the Calgary Ghostbusters, I’ve met the Alberta Ghostbusters. I want to make a movie that is true to them but I’m also hoping to make a movie that makes my father proud and also makes my daughter proud.”

The Juno filmmaker felt compelled to script a third Ghostbusters after imagining the 12-year-old girl character played by Grace.

“If you had ever asked me at any point in my life whether or not I was going to direct a Ghostbusters movie, my answer would have been no,” Reitman said. “I couldn’t think of anything intimidating than attempting to direct a Ghostbusters movie. And then this character came to me. She came to me frankly awhile ago. I couldn’t stop thinking about her and her journey. One day I just brought her up to my father and said ‘What do you think of this? And how could it fit inside the Ghostbusters universe.’ He said ‘You have to write it.’”

Original Ghostbusters stars Dan Aykroyd and Ernie Hudson have each confirmed their returns for GB20, set in the same continuity as the 1984 and 1989 films. Also expected to return are co-stars Sigourney Weaver, Annie Potts and Bill Murray.

“I’m not gonna give anything away today, but I will say it’s a new movie. This is a new movie about a new set of characters, it takes place in a new place, a new location,” Reitman said when sharing first story details during Ghostbusters Fan Fest in June. “And I’m hoping that [the fans] join me on this one, because these characters are amazing. Amazing, and I can’t wait to introduce you to them.”

There has since been speculation GB20’s central family — played by Grace, Wolfhard and Coon — are related to late founding Ghostbuster Egon Spengler (Harold Ramis).

In September, Ivan Reitman, who produces alongside Aykroyd via the Ghost Corps banner, revealed the first details behind Rudd’s role. The Ant-Man and Avengers: Endgame star will play a seismologist drawn to the family’s small town after it experiences mysterious earthquakes, likely tied to supernatural activity.