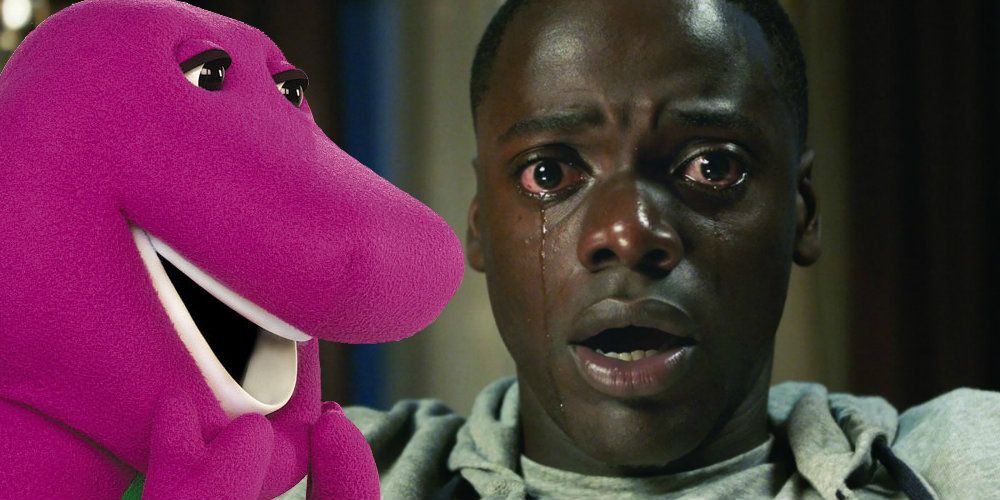 A new Barney the Dinosaur movie is being developed, with Get Out actor Daniel Kaluuya producing through his newly-formed 59% banner. Introduced back in the early 1990s, Barney is a purple, plush toy Tyrannosaurus Rex who comes to life through the power of children’s imagination and teaches kids important life lessons about love, friendship, and more, typically through song.

The Barney & Friends TV show premiered on PBS in 1992 and ultimately ran for nearly two decades, becoming a childhood staple for many along the way. Barney is now making a return to the big screen thanks to Mattel Films, which is actively in the process of developing multiple live-action movies based on its best-selling properties. And as it turns out, Mattel will be partnering with an unexpected name on the upcoming reboot.

THR is reporting that Kaluuya is joining forces with Mattel to develop the new Barney the Dinosaur film, with the former serving as a producer. And if that sounds a bit like a practical joke taken too far, then the actor’s official statement probably won’t do much to convince you that this is a real project:

“Barney was a ubiquitous figure in many of our childhoods, then he disappeared into the shadows, left misunderstood. We’re excited to explore this compelling modern-day hero and see if his message of ‘I love you, you love me’ can stand the test of time.”

In addition to starring in a number of TV specials and direct to video features over the years, Barney previously made the jump to theaters in 1998 with the film Barney’s Great Adventure. The Kaluuya-produced movie doesn’t have a director, writer, or even a studio attached at the moment, so it’s clearly still in an early stage of pre-production. It’s also one of two developing movies based on a famous educational children’s TV series, along with Warner Bros.’ untitled Sesame Street musical (which has Anne Hathaway set to star).

As mentioned, Mattel is making a big push to develop live-action movies based on the IPs it owns with its up and coming film division. In addition to the Barney movie, it has a slowly-progressing Masters of the Universe reboot that Sony is reported to be considering handing off to Netflix in exchange for guaranteed cash instead. Elsewhere, there’s the live-action Barbie film, which has similarly struggled and gone through a couple of director, writer, and actor changes over the last few years. At the moment, however, Greta Gerwig and Noah Baumbach are working on the Barbie script, with Gerwig also eying the project as, potentially, her next film as a director. Suffice it to say, between Gerwig’s involvement with the Barbie movie and Kaluuya bringing Barney the Dinosaur back to theaters, there have been some unexpected Mattel-related headlines in 2019.

More on the Barney the Dinosaur movie as it develops.