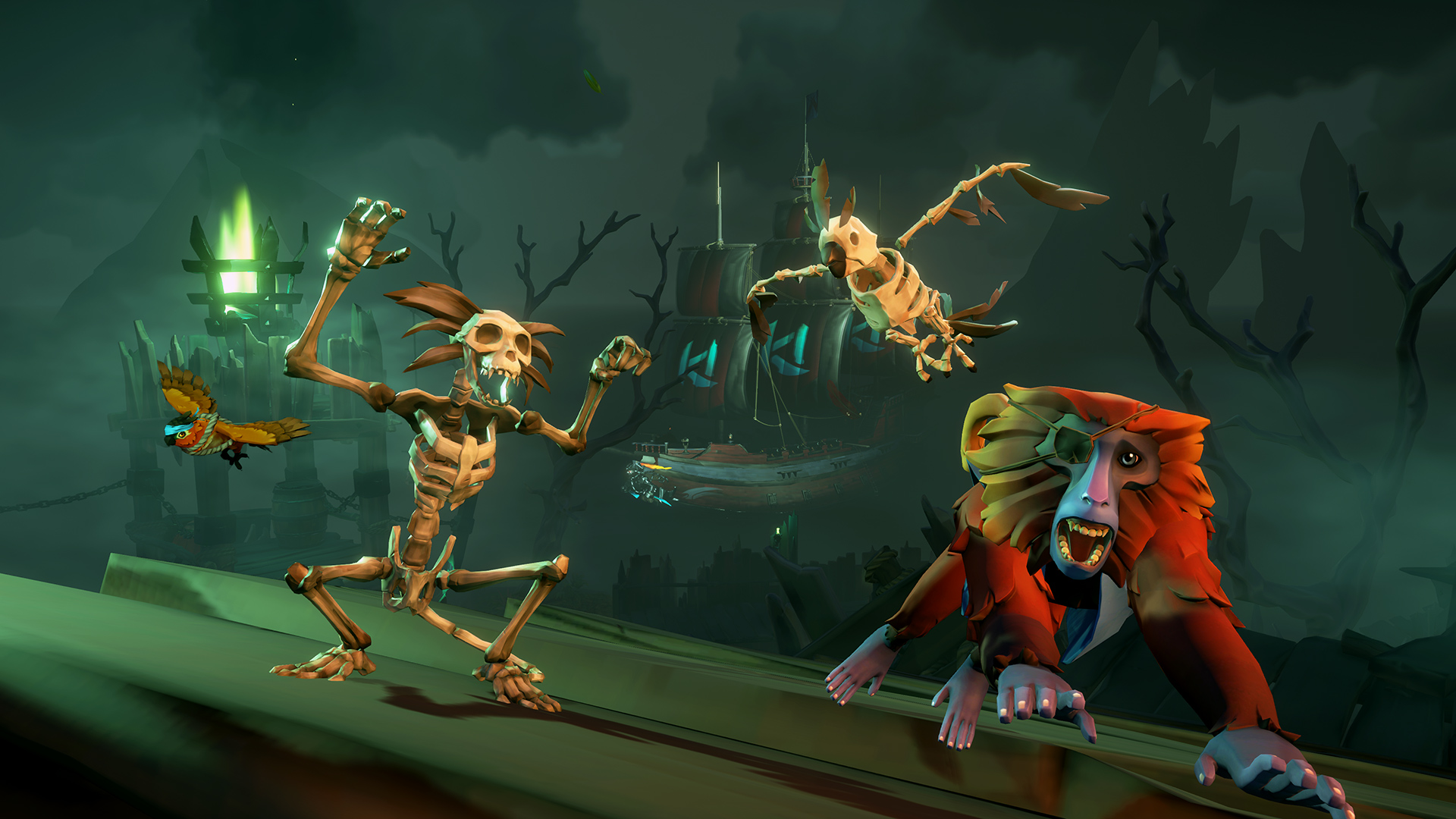 It must be hard to make Halloween updates for a game where most enemies are swashbuckling skeletons. But that’s just what Sea Of Thieves is trying to do with Fort Of The Damned, October’s harrowing Halloween twist on Rare’s sea shanty. With a damnable new castle and skinless pets, Sea Of Thieves wants to make sure your timbers have thoroughly shivered.

Fort Of The Damned is the latest in Sea Of Thieves’ ongoing monthly content drops. Centre stage this month, shockingly, is the Fort Of The Damned. Old Boot Fort has been invaded by new skeletons, kicking out the old skeletons in the worst case of skeletal land ownership disputes to date. Rare are calling the update the biggest update to forts since launch, with a captain’s bounty of voyages and challenges.

These dangerous new forts are permanent new additions to Sea Of Thieves. They can be triggered by captains who’ve collected enough ritual skulls and nabbed flames of fate, activated at will by sailing below new red skull clouds. It’s advised you bring a few ships to the fight – but if this is anything like the last time I drifted through Sea Of Thieves, I wouldn’t trust another player with my saltiest peg-leg.

I’d trust a monkey with it, though. Fort Of The Damned adds two flesh-free pets to pop on your shoulder, a skeletal Cockatoo and Marmoset. Unlike the rest of the update, these rattling rascals are only available for a limited time. Once the November update kicks off, they’re off.

This month’s update also adds a few changes to 2v2 arena battles, letting pluckier pirates pop in with smaller sloops and duke it out on six new maps. More importantly, Sea Of Thieves now features banjos. Needed a little bit of Deliverance on the high seas did we, Rare?

There’s the usual host of cosmetic additions from clothes to ship parts, too. Full details on everything in this month’s free update can be found on the patch notes here.