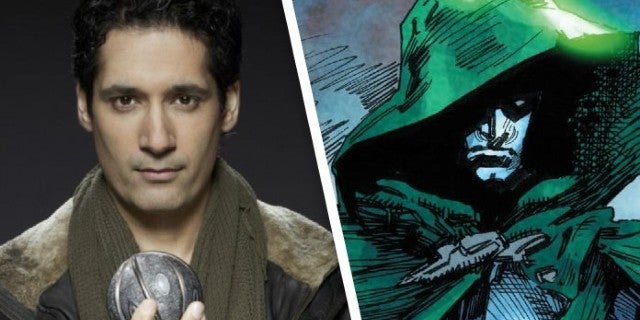 From the files of just when you think the Arrowverse’s upcoming “Crisis on Infinite Earths” couldn’t get any bigger, it looks like Detective Jim Corrigan — aka The Spectre — will be making an appearance in the upcoming, multiverse-altering crossover event. According to IGN, The CW has cast Continuum and Supernatural actor Stephen Lobo as Corrigan for the event, though it has not been confirmed if The Spectre will actually appear or if it will just be the human host, Corrigan.

For fans of DC Comics, this is very exciting news. In Comics, Detective Jim Corrigan first debuted in More Fun Comics #52 in 1940. He becomes The Specter when, on his way to his engagement party, Corrigan is murdered, stuffed into a barrel of cement and thrown into the water. His spirit is refused entry into the afterlife and he’s sent back to Earth by an entity called “The Voice,” bonded with the “Spirit of Vengeance” with a mission to destroy evil. The character has undergone some revisions over the years, but what’s interesting about The Spectre in terms of the upcoming Crisis event is the comic book story the event is based upon, the Spectre fought the Anti-Monitor.

Arrow executive producer Marc Guggenheim may have teased that the Corrigan character will be the Spectre for Crisis in acknowledging the casting of Lobo in the part.

The announcement of Lobo joining Crisis as Corrigan is just the latest big casting news for the upcoming event. It’s been previously announced that Crisis will also see appearances from Black Lightning’s Cress Williams, Jonathan Schaech as Jonah Hex, Kevin Conroy as Bruce Wayne, Ashley Scott as The Huntress, Smallville alums Tom Welling and Erica Durance as Clark Kent and Lois Lane respectively, and many more. Several other potential appearances have been hinted at in unconfirmed reports with the net effect of Crisis on Infinite Earths being one of the biggest events in DCTV history.

“Crisis on Infinite Earths” kicks off on Sunday, December 8 on Supergirl, runs through a Monday episode of Batwoman and that Tuesday’s episode of The Flash. That will be the midseason cliffhanger, as the shows go on hiatus for the holidays and return on January 14 to finish out the event with the midseason premiere of Arrow and a “special episode” of DC’s Legends of Tomorrow, which launches as a midseason series this year and so will not have an episode on the air before the “Crisis”.

Are you excited for the addition of Lobo as Jim Corrigan for “Crisis on Infinite Earths”? Let us know in the comments below.