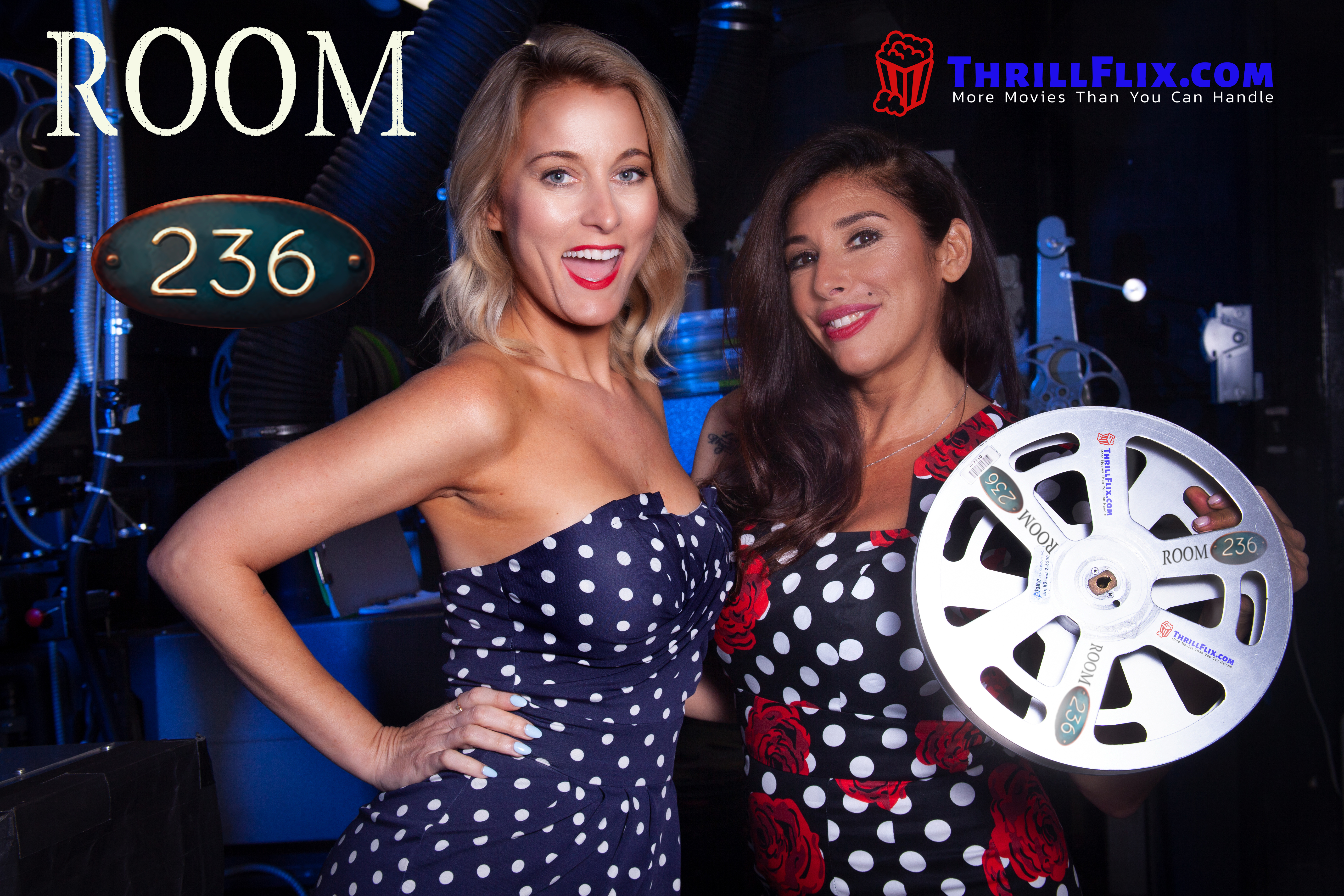 ThrillFlix is the premier movie streaming channel that guarantees to keep you entertained. Watch more movies than you can handle, in all genres including horror, comedy, thriller, action, drama, adventure, mystery, classics and more.

Felissa Rose and Sadie Katz have joined forces and acquired the rights to many films to be distributed on the ThrillFlix movie platform. Their new subchannel  ROOM 236 (horror fans love the subtle reference to Room 237 in Stanley Kubrick’s film The Shining), is a part of the ThrillFlix platform that supports filmmakers and that distributes films where indie filmmakers actually benefit from their relationship with the platform and the subchannel. ROOM 236 films are fun, popcorn, indie movies that you might not have the opportunity to see without the curation of Felissa Rose, Sadie Katz, ROOM 236 and ThrillFlix.

ROOM 236 is Unique and different from any other horror streaming channel, as it is set up for the fans that support the genre at conventions, screenings and all over the web. ROOM 236 will be live streaming at conventions around the world and hosting live reviews and Q&A sessions. ROOM 236 is filled with Horror Gems for fans in the know.

Felissa Rose has been heavily involved in the entertainment industry for over 30 years.  With 100+ roles in feature films, she has been an iconic staple in the horror genre playing villain or victim.  She has been a consultant with Fangoria Magazine, is a fan favorite at horror conventions around the world, and is now producing her own horror films.  Considered one of horror’s top scream queens in Playboy’s top 50, she’s best known for her work as Angela Baker in the cult classic “Sleepaway Camp” franchise, and in 2004 reprised her role as Angela Baker in the cult hit film “Return to Sleepaway Camp”.

Felissa’s most recent films include; Victor Crowley, Death House, Family Possessions, Camp Twilight, A Nuns Curse and Killer Rose. She is featured on Shudder’s Joe Bob Briggs- the Last Drive in. She is also one of the hosts on Fangoria’s podcast, Casualty Friday. Felissa most recently produced the music videos for Metal band Slayer and has several films in development as actress and producer coming in 2019/2020!

Sadie Katz is an actress, WGA writer, director and producer living in Los Angeles. The role she’s most known for is her star role in 20th Century Fox’s successful horror franchise Wrong Turn 6, playing the twisted, sexy Sally Hillicker. Katz got her start in horror with the award-winning House of Bad, receiving rave reviews from Fangoria, Dread Central and Shock til you Drop. Horror fans were thrilled to see Sadie as the iconic Goddess Ishtar in a remake of the classic Blood Feast.

Join the movie club at ThrillFlix, and start streaming ROOM 236 on October 18th, 2019.  It’s only $3.99 a month, which included full access to ROOM 236 as well as the entire ThrillFlix catalog, and the first 14 days are FREE! Subscribe to ThrillFlix here: https://www.ThrillFlix.com