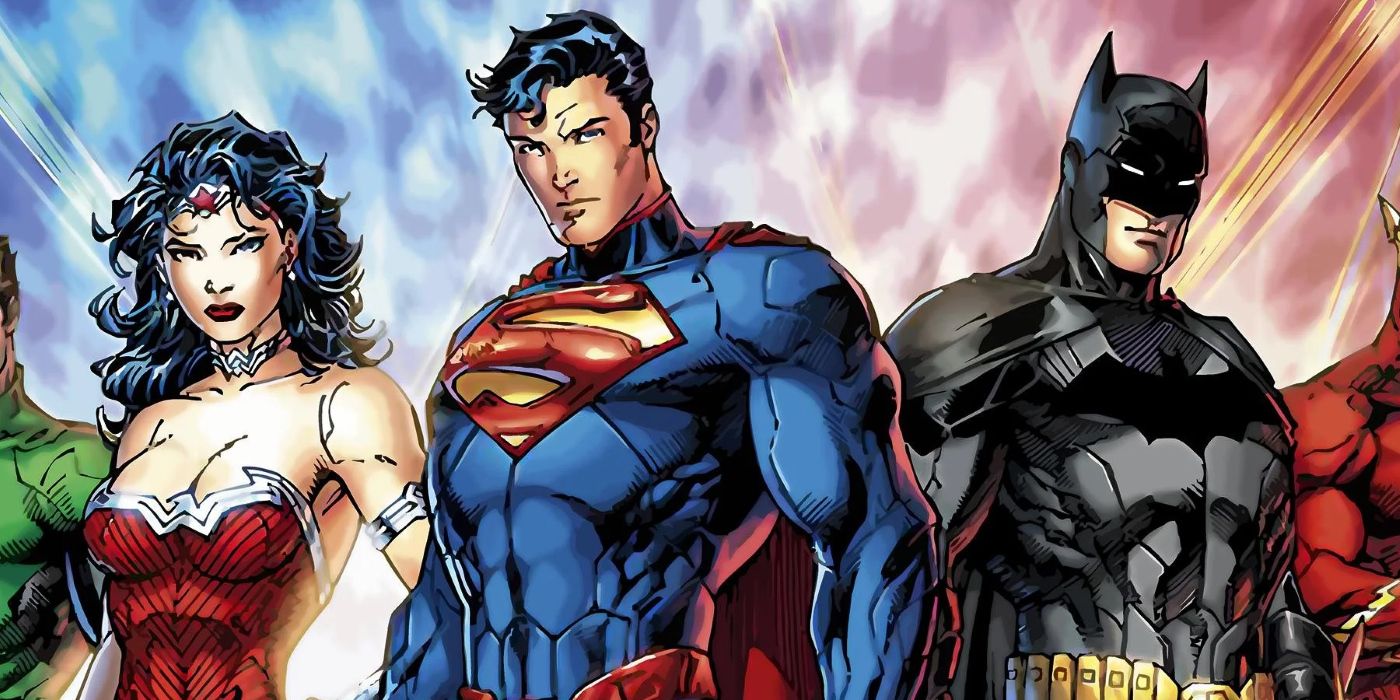 If you’re a fan of DC Comics, then you know about most of the major events, crises, reboots, and rebirths that have either reset or restarted continuity. No example is more famous, or infamous, than the 2011 launch of DC’s New 52. But even if fans know the history behind the ‘New 52’ name, they may not know the answer to the far more obvious question: Why is DC Comics so obsessed with the number ’52,’ anyway?

The number has become the go-to Easter Egg for The CW’s Arrowverse, the Titans of DC Universe, and even live action films, too. For most fans it’s a straightforward explanation: ’52’ is a reference to the New 52, or even the weekly series 52 before it. But why 52? What special meaning does the number have to DC’s Multiverse, if any? Was it always an important number to DC Comics history? For the fans and amateur historical and who need to know, allow us to explain DC’s fascination with the number ’52.’

Before The ’52’ Came The Crisis

The Crisis on Infinite Earths coming to The CW’s Arrowverse may be a massive event, but it’s actually serving the opposite purpose of the comic it’s based on. Thanks to Marvel Studios ever moviegoers knows the concept of a single, shared continuity. But by the time the 1980s rolled around, the number of ‘parallel worlds’ in DC’s long history was starting to become a headache. The solution? An event that would fold every alternate Earth into one, with villains and threats big enough to cull the herd, as well. And it worked! For a while, at least.

RELATED: Why Marvel’s Universe is Called ‘616’ in The Comics

Almost immediately after Crisis on Infinite Earths addressed all of the differing origin stories, retcons, reboots, and updates, writers began to repeat the same old habits that caused the problem in the first place. While the use of “Elseworlds” branding was used as a substitute for the story occurring “in a different reality,” another Infinite Crisis was required by 2006. In the event a small group of heroes are shown to have survived the collapsing of DC’s Multiverse in the first Crisis, leading to cosmic chaos upon their return. In the end the existing Earths are folded, once again, into a single reality. At which point the DC line restarted with a batch of new #1s–all of which were set One Year Later, after Infinite Crisis. So what happened between Infinite Crisis and the time One Year Later begins? Simple: 52 happened.

For those who weren’t around to read through 52, it’s simplest to say it was an acclaimed series in almost every way. Gathering DC’s top talent, like writer Geoff Johns, Mark Waid, Grant Morrison, and Greg Rucka, the series released a new issue every week for one year, revealing the “missing year” in real time. Secondary characters were given the spotlight, new cases, cults, villains, and a time travel mystery kept fans guessing, and with each passing week the issue number climbed towards its grand finale, when Issue #52 would finally complete the DC timeline.

Things changed when a secret message from DC Publisher Dan DiDio was deciphered in Issue #37, confirming that despite the finality of Infinite Crisis, “the secret of fifty-two is that the Multiverse still exists.” The conclusion of 52 eventually revealed that not only was the Multiverse still real, but that it now consisted of 52 parallel realities (revealing the true meaning of the series, beyond the number of weekly issues in the missing year).

When asked by CBR about the return to the Multiverse despite past efforts to restrict it, Dan DiDio explained that at some point, it seemed wiser to just stop resisting what was clearly a fundamental part of DC Comics continuity:

One of the more exciting things about DC is that the multiverse is such a natural aspect of DC’s history. And following “Crisis On Infinite Earths,” where they wanted to get away from the multiverse concept, the reality was the writers enjoyed it so much the aspects of the multiverse kept on leaking back in to the DC Comics storytelling. So when they didn’t have a multiverse they created what was deemed to be an “Elseworlds” line to sell those alternate stories, those alternate versions of our characters, and those continued to expand. So in our minds… it only made sense to start to incorporate them into what we envisioned our multiverse to be.

It didn’t take long for the number ’52’ to become synonymous with DC’s ongoing refresh, and the acclaim and sales success from Infinite Crisis into the weekly 52 was a train DC Comics wanted to keep rolling for as long as possible. And when the final issue of 52 (Issue #52) hit newsstands, fans were treated to a chilling omen in the very next week… with the release of Countdown #51. The series would eventually be revealed as Countdown to Final Crisis, the third planned chapter of the ongoing Multiverse restructuring. Sadly, Countdown was nowhere near as acclaimed or successful as 52–but fans didn’t forget the number. So when DC sought to continue their renewed enthusiasm into Flashpoint and another company wide reboot, the name and gimmick was used once again

Finally we arrive at the most well known use of the number, as part of the company wide reboot, known as DC’s New 52. The title itself is a reference to both the fictional DC Universe and the publishing side of the business, each following on the success of 52. For the characters in the comics themselves, the New 52 referred to the reborn worlds of the Multiverse–most almost indistinguishable from the prime, aside from the differences that ‘define’ them. For customers of DC, it referred to their overhaul of the publisher’s catalogue, confirming a line of just 52 total books. One for each week of the year, keeping the ‘spirit’ of the original 52 alive.

At least, that was the plan. The New 52 takes a critical bashing these days, especially after Geoff Johns and Dan DiDio conceded the flaws of the approach leading into, and following the success of DC Rebirth in 2016. Still, there’s no denying the creators that actually did channel the energy and creativity that ’52’ was meant to instill. The New 52’s Batman, Aquaman, Swamp Thing, Batgirl, Animal Man, and others earned accolades. And yet the misses outnumbered the hits, putting what will likely be the final nail in the coffin of DC’s use of ’52’ in company marketing.

But for Easter Eggs intended to show audiences that the minds behind TV and film were there, and know why it worked, there’s nothing better than a well placed ’52.’ Even if it isn’t necessarily new anymore.