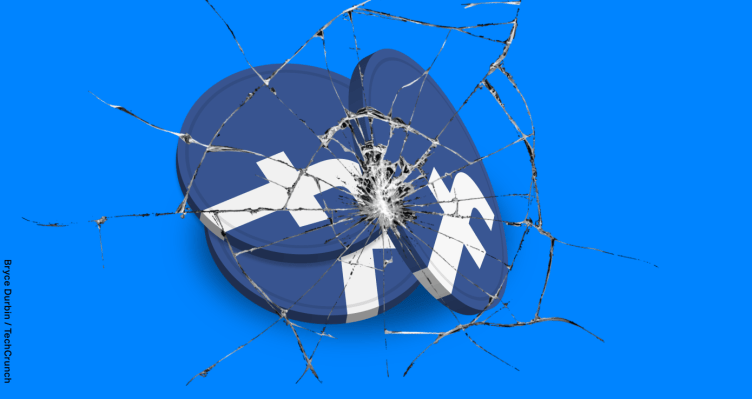 There’s a strategic cost to the defection of Visa, Stripe, eBay, and more from the Facebook-led cryptocurrency Libra Association. They’re not just names dropping off a list. Each potentially made Libra more useful, ubiquitous, or reputable. Now they could become obstacles to the token’s launch or growth.

Fearing regulators’ inquiries not just into their Libra involvement but the rest of their businesses, these companies are pulling out at least for now. None had made precise commitments to integrating Libra into their products, and they’ve said they could still get involved later. But their exit clouds the project’s future and leaves Facebook to absorb more of the blowback.

Here’s what each of the departing Libra Association members brought to the table and how they could spawn new challenges for the cryptocurrency:

With one of most widely-accepted payment methods, Visa could have helped make Libra universally spendable. It’s also one of the most prestigious names in finance, lending deep credibility to the project. Visa’s departure leaves Libra looking more like tech companies barging into payments, conjuring fears of their move fast, break things approach that could cause financial ruin if Libra runs into problems. It also could leave Libra with a much weaker presence in brick-and-mortar shops. No one will want to own a cryptocurrency that doesn’t appreciate in value and can’t be easily spent.

The involvement of MasterCard alongside Visa made Libra look like the incumbents adapting to modern technologies. This made it less threatening, and gave cryptocurrency an air of inevitability. MasterCard would have also brought an even wider network of locations where Libra could one day be used for payment. Now MasterCard and Visa might actively work against Libra to prevent their payment methods being made obsolete by Libra and its elimination of transaction fees through the blockchain. Two of Libras biggest allies could become its biggest foes.

Facebook has repeatedly told regulators that its Calibra app plus integrations into Messenger and WhatsApp would not be the only Libra wallets, pointing to PayPal . Facebook’s head of Libra David Marcus told Congress when asked about the social network’s outsized power to exploit Libra through its own Calibra wallet that “you have companies like PayPal and others that will, of course, collaborate, but [also] compete with us”. Now Facebook won’t have a scaled payment method it doesn’t own to point to as a likely alternative for people who don’t want to trust Facebook’s Calibra, Messenger, or WhatsApp to be their Libra wallet. The Libra Association also loses PayPal’s enormous network of online merchants that accept it, plus the inroad to integration into its peer-to-peer payback app Venmo. PayPal convinced the mainstream public to trust online payments — the exact kind of trust Facebook desperately needs. The fact that Marcus was also the former president of PayPal but couldn’t keep it in the association raises concerns about the group’s coalition-building prowess.

Stripe’s enormous popularity with ecommerce vendors made it a valuable Libra Association member. Together with PayPal, Stripe facilitates a huge portion of online transactions outside of China. Its ease of integration made it a top pick for developers Facebook surely hoped would build atop Libra. Stripe’s exit destroys a critical bridge to the fintech startup ecosystem that could have helped institutionalize Libra. Now the association will have to work on engineering payment widgets from scratch without Stripe’s assistance, which could slow adoption if it ever launches.

There’s a clear reason all these payment processors bailed. Senators Brian Schatz (D-HI) and Sherrod Brown (D-OH) wrote a letter to Visa, MasterCard, and Stripe’s CEOs this week explaining that “If you take this on, you can expect a high level of scrutiny from regulators not only on Libra-related activities, but on all payment activities.”

As one of the longest standing ecommerce companies, eBay bolstered beliefs that Libra could be used to power transactions between untrusted strangers without a costly middleman. It might have also put Libra into practice on one of the top western online marketplaces outside of Amazon. Without destinations like eBay onboard, average netizens will have fewer opportunities to be exposed to Libra’s potential to eliminate transaction fees.

One of the lesser-known Libra Association members, Mercado Pago helps merchants receive payments via email or in installments. The idea of connecting financially underserved populations has been core to Facebook’s pitch for why Libra should exist. The Libra Association has been light on the details of how exactly it serves this demographic, relying on the inclusion of partners like Mercado Pago to help it figure this out later. Mercado Pago’s departure leaves Libra looking more like a financial power grab rather than a tool to assist the disadvantaged.

On Monday, the remaining Libra Association members will meet to finalize the initial member list, elect a board, and create a charter to govern the project. This forced the hands of the companies above, who had their last chance to depart this week before being pulled deeper into Libra.

Who’s left includes venture capital firms, ride sharing companies, non-profits, and cryptocurrency companies. They are less tied up with the status quo of payment processing, and therefore had less to lose. The blockchain-specific companies were likely hoping to piggyback on financial giants like Visa to get Libra approved and create more legitimacy for their industry as a whole.

These partners could help fund an ecosystem of Libra developers, create daily use cases, spread the system in the developing world, and push for alliances between Libra and cryptocurrency players. Facebook will need to fight to keep them aboard if it wants to avoid Libra looking like a unilateral disruption of the economy.

For Libra to actually launch, Facebook needs to make serious concessions and divert from its initial vision. Otherwise if it continues to butt heads with regulators, more members could flee. One option floated by Libra Association member Andreessen Horowitz’s a16z Crypto partner Chris Dixon was for Libra to be denominated in US dollars instead of a basket of international currencies. That might lessen fears that Libra intends to compete directly with the dollar.

It’s become apparent that Facebook will not get its ideal cryptocurrency out the door. This is the brand tax of 100 scandals coming back to bite it. Now the best it can hope for is to get even a watered-down version launched, prove it can actually help the underbanked, and then hope to convince regulators it’s well-intentioned.