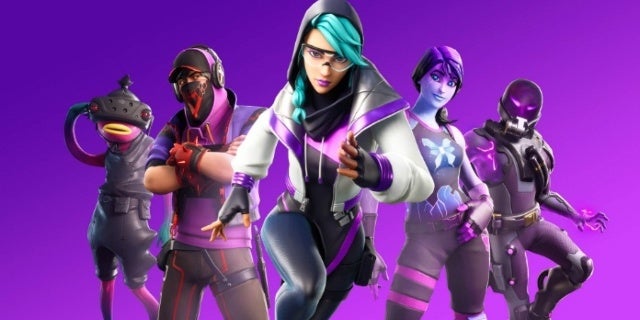 Not content to simply blow up the game itself, Epic Games has seemingly completely deleted the entirety of the official Fortnite Twitter account. Well, all except the single broadcast of the end of the in-game world when the meteor hit and basically sucked everything into a black hole. That’s still there.

The game still hasn’t come back from its world-ending meteor crash, and while folks are puzzled as to what comes next, it would seem that Epic Games intends to begin anew with the game. On Twitter, at least. As of writing, the entirety of its previous tweets, minus the broadcast, appear to have been scrubbed from the social media platform. Interestingly, they remain on Facebook, so anyone curious as to how things went prior to the deep clean can get a sense over there.

You can check out a broadcasted version of Fortnite‘s end of the world, starring popular streamer Benjamin “DrLupo” Lupo, below to see exactly what went down before the black hole that seemingly exists now. As previously mentioned, this also happens to be the only tweet on Fortnite‘s Twitter page, as of writing.

In the video, DrLupo can be seen watching as the whole thing goes down from a properly high vantage point. After a missile takes off and slams into the sky, several different missiles begin streaming in from what appears to be multiple rifts, and they ultimately converge to redirect a meteor before it slams into the ground. But that redirect only seems to make things worse.

The meteor reappears at the top of the sky to come crashing down into a weird bubble. When it ultimately penetrates the bubble, which seems to take some doing, it looks as if the entire world couldn’t take the hit and some kind of black hole singularity forms there, sucking in everyone and every single thing. As of writing, that is the current state of Fortnite: there’s a weird black hole, and Epic Games is broadcasting it everywhere. Who even knows what comes next.

What do you think will come of the new Fortnite event? Is there a new map? Is Fortnite Chapter 2 a thing? Let us know in the comments, or hit me up directly on Twitter at @rollinbishop to talk all things gaming!

Fortnite is currently available on PlayStation 4, Xbox One, Nintendo Switch, PC, Mac, and most mobile devices. You can check out all of our previous coverage of the video game right here.