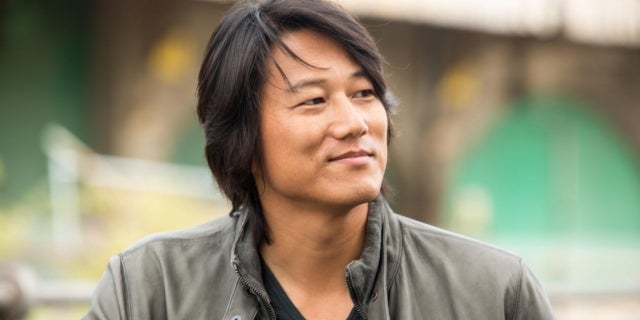 The Fast & Furious franchise continues to move forward, and fans can’t wait to see the gang get back together for the upcoming Fast & Furious 9. The new sequel will bring Dom, Letty, and the rest of the crew together along with some new faces, and Justin Lin will be at the helm for it. Today is actually Lin’s birthday, and Vin Diesel decided to record an impromptu celebration of it and post it to Instagram. It was in that video that fans not only saw a happy Lin and Michelle Rodriguez, but also the reveal of Lin’s shirt, which has the popular hashtag #JustinForHan emblazoned on it.

Fans have been using the hashtag for quite some time, and are still unsatisfied with how the franchise turned the person who killed Han (Jason Statham’s Deckard Shaw) into a good guy without dealing with the fact he killed a member of their family.

Some wanted it dealt with in Hobbs and Shaw, but one regretful line just wasn’t enough for most fans. That said, it seems that Lin is very much aware of this, and the shirt would indicate that he has plans on finally addressing it like it should’ve been addressed in the first place.

“Happy Birthday Justin!
Thank you for being unrelenting in your quest… and for being such an integral part of this journey. Blessed to call you a brother.
#Fast92020
#FastBDay
#Fatherhood
#partnersincreativity”

“Now that Dom and Letty are on their honeymoon and Brian and Mia have retired from the game—and the rest of the crew has been exonerated—the globetrotting team has found a semblance of a normal life. But when a mysterious woman (Oscar® winner Charlize Theron) seduces Dom into the world of crime he can’t seem to escape and a betrayal of those closest to him, they will face trials that will test them as never before.

From the shores of Cuba and the streets of New York City to the icy plains off the arctic Barents Sea, our elite force will crisscross the globe to stop an anarchist from unleashing chaos on the world’s stage…and to bring home the man who made them a family.”