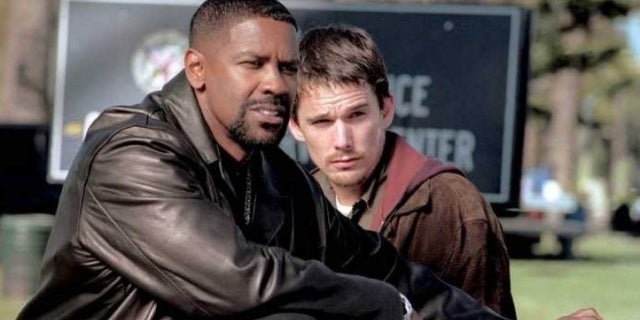 Denzel Washington is one of the most talented and beloved actors of his generation, a notion that very few movie fans would try to dispute. While the majority of his characters are heroes of their own stories, the most memorable role of Washington’s career is also the biggest villain. It’s Washington’s jaw-dropping turn as dirty cop Alonzo Harris that makes Training Day stand the test of time, so it shouldn’t come as much of a surprise that Warner Bros. is looking for a way to revisit the character.

According to a new report from Collider, Warner Bros. has hired Black List writer Nick Yarborough to pen a prequel to the 2001 crime thriller. The film will take place almost 10 years before the events of Training Day, in the year 1992, days before the Rodney King verdict and the onset of the L.A. riots. It will follow a younger version of Alonzo, long before he takes rookie detective Jake Hoyt under his wing.

There is certainly plenty of room to explore Alonzo’s story in a prequel, but the challenge will come from trying to replace Washington in the role. Training Day came out 18 years ago and Washington was 46 at the time. Theoretically, his character in the prequel would need to be about 36 or 37 years old. Even with the digital de-aging technology we have today it seem like making Washington nearly 30 years younger is probably out of the question.

Collider notes that Washington’s son, actor John David Washington, would be a likely candidate if the film moves forward. The studio hasn’t reached out to the younger Washington and he is currently not attached to the project in any way, but he is the right age for the role and has a voice nearly identical to his father’s. The method of casting a legend’s son to portray him has certainly worked in the past, as O’shea Jackson Jr. played his father, Ice Cube, in Straight Outta Compton.

At this point, the Training Day prequel is simply a script commission from Warner Bros. No filmmakers are involved and no plans for production have been made. It will all come down to how the studios likes Yarborough’s script.

Do you think a Training Day prequel will work? Who could play a younger Alonzo? Let us know in the comments!