We’ve watched the Spot robot quadruped grow up and evolve, from its earliest days as a larger, more cumbersome beast to a carefully refined machine capable of pulling trucks. Now maker Boston Dynamics is putting the robo-dog on sale.

The idea is not to provide a friendly pet that curls up in front of the fire each evening, though. Spot is designed for industrial use, whether that’s carrying goods through a warehouse or inspecting a remote site that human operators would find it difficult to get to.

With that in mind, you can’t just put down your cash and walk away with a Spot. Instead, Boston Dynamics will lease the Spot bot to companies with genuine uses for it: prices vary and are on request, but think in the tens of thousands of US dollars. 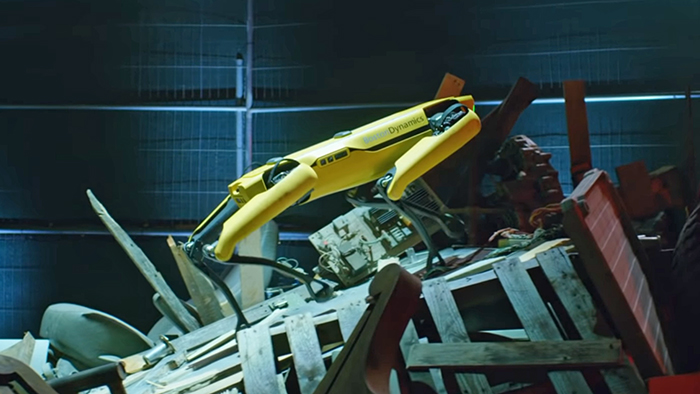 “A nimble robot that climbs stairs and traverses rough terrain with unprecedented ease, yet is small enough to use indoors,” is the description on the Boston Dynamics sales page.

“Built to be a rugged and customisable platform, Spot autonomously accomplishes your industrial sensing and remote operation needs.”

For your money you get a robot that can operate for 90 minutes between charges, with a maximum speed of 1.6 metres-per-second (about 3.5 miles-per-hour). It can work in temperatures of between -20°C (-4°F) and 45°C (113°F), and has 360-degree camera vision that enables it to avoid obstacles.

Spot can operate in the rain, too, and is able to carry payloads of up to 14 kilograms (that’s nearly 31 pounds). Buyers can add bespoke sensors and hardware modules to Spot to adapt it for a variety of tasks.

As we know from previous demonstrations, the robot is able to adapt to a variety of tasks and is even capable of opening doors. It’s capable of tackling rough and uneven terrain, using a bank of sensors and software calculations to stay steady on its feet.

Spot has its weaknesses – it’s not great at working around people at the moment, for example – but the robot has come a very long way in a short space of time. That the dog droid is now available for hire shows that Boston Dynamics is confident of its usefulness.

Quite how long it takes us to get to Judgement Day as depicted in the Terminator films remains to be seen, but for now the Spot robots are only going to be lifting loads, making inspections, and doing what their human operators tell them to.

“Their big example of the robot working in construction could pay off,” computer scientist Noel Sharkey from Sheffield University in the UK told the BBC.

“They can reach places that humans find difficult, run across bricks and accompany builders carrying their loads of tools and bricks or map out districts for construction.”