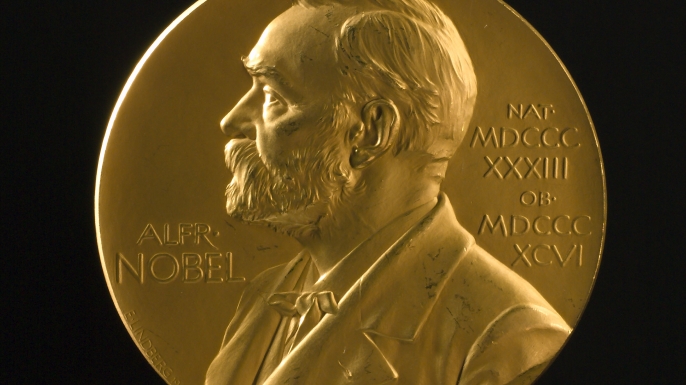 The 2018 and 2019 Nobel Prize Literature winners have been announced! In a rare double ceremony following the postponement of last year’s award due to a series of scandals, the Swedish Academy has awarded the 2018 prize to Polish author Olga Tokarczuk and the 2019 prize to Austrian author Peter Handke. The ceremony will be held December 10, 2019, in Stockholm.

The reception to the announcement has been mixed as the Swedish Academy has been public in its desires to move the award away from its current “Euro-centric” and “male-dominated” approach and yet has awarded the prize to two European authors. Handke has also been strongly criticized for his views and writings about the Yogoslav wars and notably his support of the late Yugoslav President Slobodan Milošević, who had been charged with crimes against humanity before his death in jail awaiting trial.

Olga Tokarczuk is a Polish writer, activist, and public intellectual. She was cited by the Academy as winning the 2018 award “for a narrative imagination that with encyclopedic passion represents the crossing of boundaries as a form of life.” Although she’s been a celebrated author and figure in Poland for some time now, her international fame has risen in recent years.

In 2018, she became the first Polish writer to win the Man Booker International Prize for her novel Flights, translated by Jennifer Croft. Her most recent novel, Drive Your Plow Over The Bones Of The Dead, translated by Antonia Lloyd-Jones, was shortlisted for the Man Booker International Prize and longlisted for the National Book Awards. Forthcoming in an English translation by Jennifer Croft is The Books of Jacob, which the Academy declared her magnum opus. Tokarczuk is the 15th woman to win the Nobel literature prize in more than a century.

Austrian novelist, playwright, and translator Peter Handke was cited by the Academy as winning the 2019 award “for an influential work that with linguistic ingenuity has explored the periphery and the specificity of human experience.” He is best known for his novella about his mother’s suicide, A Sorrow Beyond Dreams, translated by Ralph Manheim, his novel The Goalie’s Anxiety at the Penalty Kick, translated by Michael Roloff, and his experimental drama Offending the Audience. His support of Yugoslav President Slobodan Milošević—including his eulogy at Milošević’s funeral—has led to him being described as an apologist for far-right Serbian nationalism.

Curious about the financial and sexual scandals that rocked the Swedish Academy over the last two years? Book Riot has provided substantial coverage of the ongoing crisis. Special thanks to Erika Harlitz-Kern for her in-depth reporting.

The Nobel Prize in Literature to be Awarded Again

The Swedish Academy Elects Two New Members. Is the Nobel Prize Back on Track?

The Nobel Prize in Literature. Where Do We Go From Here?

The Nobel Prize in Literature 2018 Cancelled in the Wake of #MeToo.

The Disintegration of the Swedish Academy. Is This the End for the Nobel Prize in Literature?

Sign up to Today In Books to receive daily news and miscellany from the world of books.