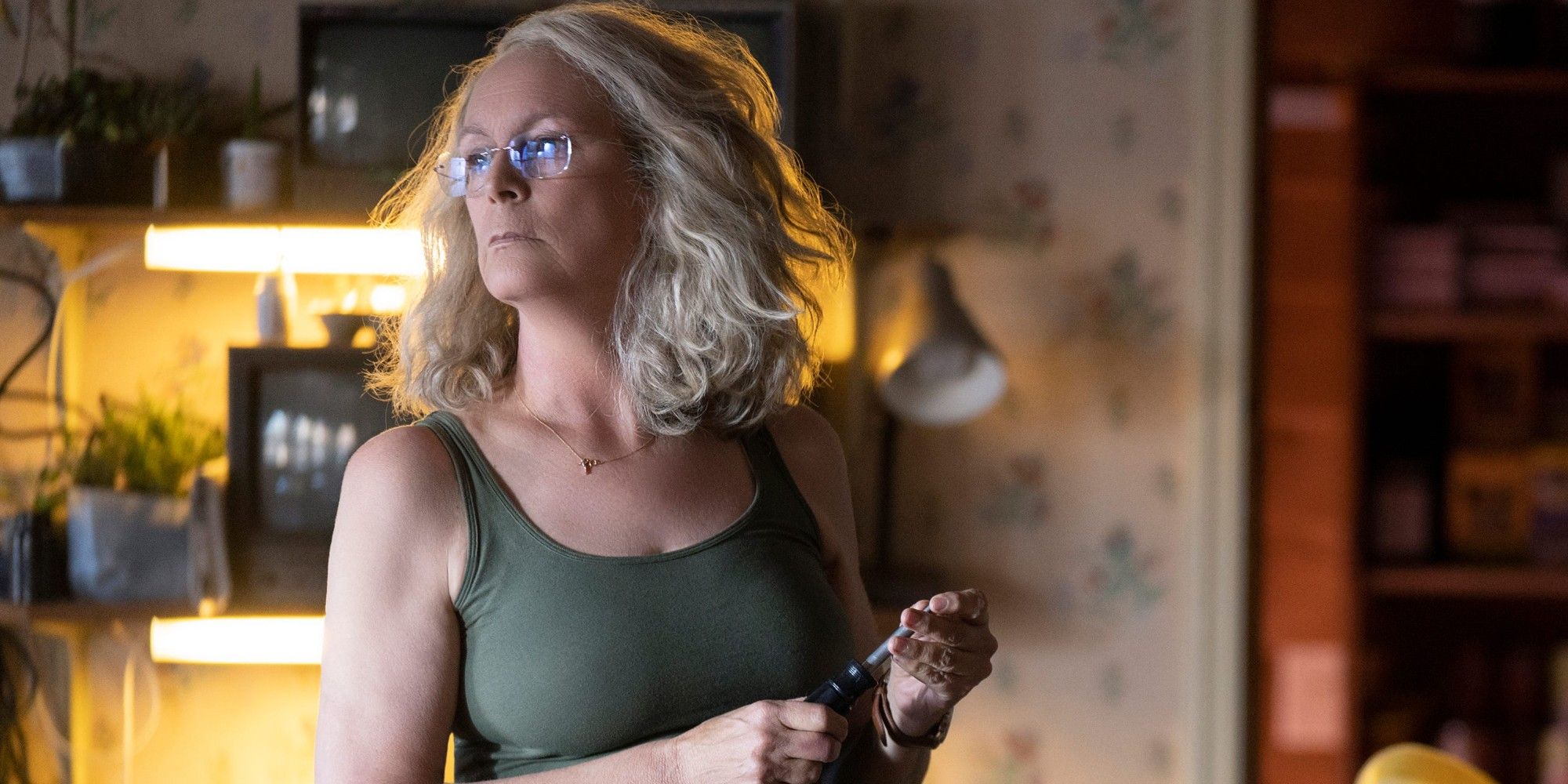 Laurie Strode is looking battered and bruised in a behind the scene image from Halloween Kills. After sitting on ice for nine years, the classic slasher franchise came roaring back to life with last year’s sequel-reboot, simply titled Halloween. The film was a huge commercial hit (grossing twenty-five times its $10 million budget in theaters) and earned critical acclaim for its direction and Jamie Lee Curtis’ performance as an older and traumatized Laurie from John Carpenter’s original 1978 movie. Since then, Universal and Blumhouse have announced plans for no less than two sequels, which will release in 2020 and 2021.

Titled Halloween Kills and Halloween Ends, the films will once again be directed and co-written by Halloween (2018) helmsman David Gordon Green. Curtis will similarly reprise her role as Laurie in at least Halloween Kills, with Judy Greer and Andi Matichak also returning as Laurie’s daughter Karen and granddaughter Allyson from the 2018 Halloween. And with production on Halloween Kills now underway, it seems Laurie is ready for another showdown with Michael Myers in the film.

Related: Halloween Theory: Laurie Dies So There Can Be a New Strode Hero

Curtis took to Twitter today to confirms she’s started filming her role for Halloween Kills. And as evidenced by the BTS photo she posted (see below), Laurie herself is still pretty banged up from her last battle with Michael.

Gordon’s first Halloween movie ended with Laurie, Karen, and Allyson trapping Michael in the basement of Laurie’s home and setting it on-fire, but not before Laurie took quite the beating during her showdown with the silent killing machine. The film’s final scene hinted that Michael had somehow managed to escape the still-burning basement, though, which is why he, Laurie, and her family will be back for more in Halloween Kills. It will be interesting to see how the sequel builds on the story from here, especially now that Karen has come to truly appreciate the survival skills her mother passed onto her while she was growing up. With Allyson having likewise gone through a horrifying Halloween night of her own in the 2018 film, Halloween Kills will surely focus in no small amount on the trio dealing with the emotional fallout of what happened (before Michael shows up again, that is).

Although Halloween (2018) was full of fun callbacks to Carpenter’s 1978 film, the hope is that Halloween Kills will be a little less focused on looking to the past and a little more willing to venture into brand-new narrative territory for the Halloween series. There will still be some nostalgia at play, naturally, what with characters like Tommy Doyle (now played by Anthony Michael Hall) and Lindsey Wallace (Kyle Richards) returning from Carpenter’s Halloween. Even so, Halloween Kills has the potential to take the slasher franchise to places where it’s never gone before, storytelling-wise. And if it does, that will make it all the easier for Halloween Ends to bring Gordon’s horror trilogy to a satisfying conclusion a year later.

NEXT: The Halloween Movies Have An Ending Problem (& The Reboot Probably Won’t Fix It)