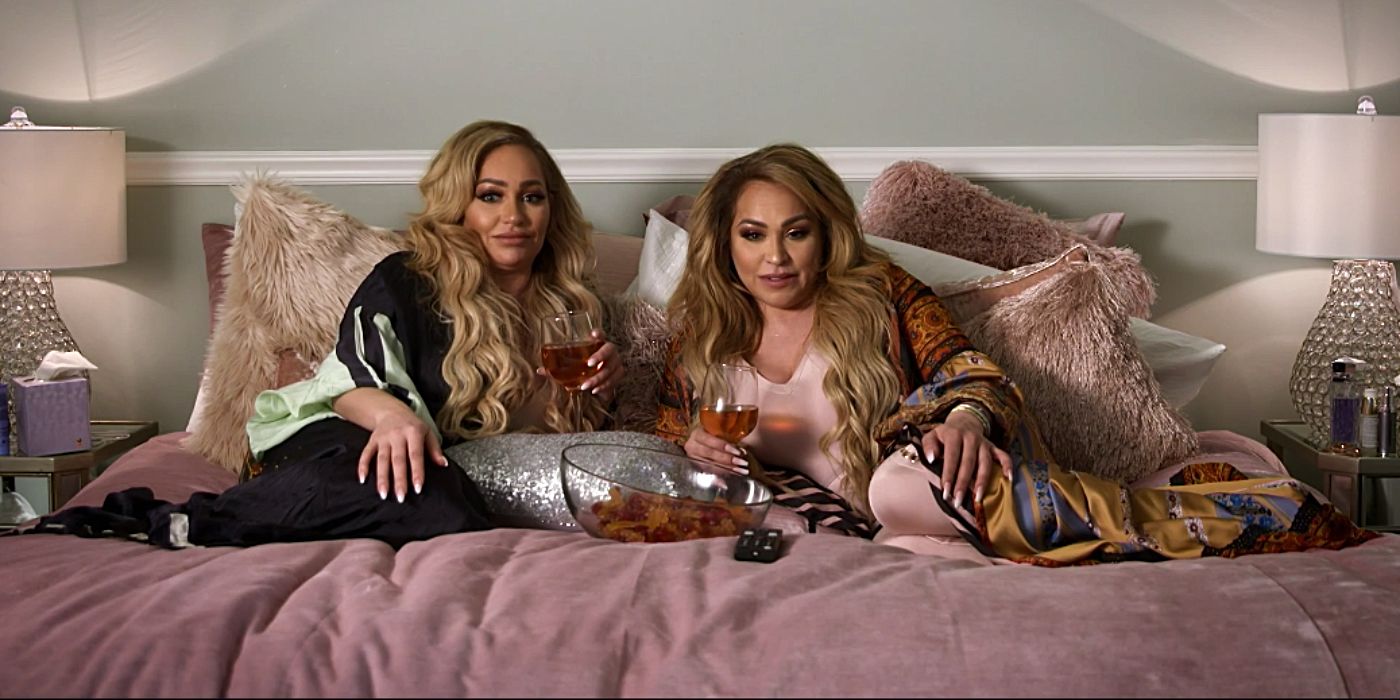 Darcey Silva from 90 Day Fiancé: Before the 90 Days blamed her twin sister for sabotaging her relationship with boyfriend and London native, Tom Brooks. Darcey thinks it’s all Stacey’s fault that Tom hasn’t proposed to her yet.

The twins got their start in entertainment when the mother of two, Darcey, pursued long-distance love on season one of the 90 Day Fiancé spinoff, 90 Day Fiancé: Before the 90 Days. On season 1 and 2 of the series, Darcey traveled all the way from Connecticut to meet her much younger long-distance boyfriend, Jesse Meester, all the way in Amsterdam. The couple fell apart and have since parted ways before the engagement, and Darcey is trying her hand at love again in season 3 of 90 Day Fiancé: The Other Way. She and her twin sister, Stacey, also star on 90 Day Fiancé: Pillow Talk, where the fan-favorite couples invite viewers into their home to watch the new episodes of 90 Day Fiancé as they react to the drama and add their commentary.

In the clip, there’s obviously some tension between Darcey and her twin sister, Stacey. Darcey explains that she was planning on having a romantic trip with Tom to Gran Canaria off the coast of Spain, but then changed plans last minute to go to meet her Stacey and her boyfriend, Florian, in Albania. In the clip, Stacey asks her sister, “What are you going to do when you get back to Nottingham?” Darcey, clearly upset, replies, “I don’t know. Probably going to have to do some damage control.” Stacey says she doesn’t want her to think that this trip was all bad, because, in the end, she approves of her British boyfriend and wishes them the best. Stacey, clearly still upset, replies, “Don’t mess it up? Is that what you’re trying to say?” The truth of why Darcey is upset comes out finally, saying, “I could’ve gone to Gran Canaria and had a romantic trip and I think Tom’s a little upset about that.” Her twin tells her that there is nothing holding her back and she’s “free to go.” Watch the full clip below:

With the tension so palpable, Stacey tries to defend herself, saying, “I’m not here to sabotage your guys’ relationship. That was never the point.” The real point of the trip was so her twin sister could “meet him and see if Tom was a right match for me.” She casts the blame on Tom being upset on Stacey, saying in the confessional, “I really think Stacey is to blame. If we hadn’t come to Albania, he probably would’ve proposed. I would have a ring on my finger, but I guess not.” Stacey points out to her sister that maybe Tom’s bad “vibes” were because he was upset with Darcey and not because of her and her boyfriend. Darcey says, “But your relationship is making me uncomfortable in front of him.” In which Stacey deflects the blame and says, “If he’s going to walk away, he’s going to walk away from you because of these issues.”

Fans will have to watch and see if these two twins can stop comparing their relationships and be happy for one and other. Usually, when 90 Day Fiancé fans see Darcey and Stacey it is when they’re happy and watching the show on 90 Day Fiancé: Pillow Talk, where they analyze other cast-members relationships. It seems that it’s not quite as fun when it’s her relationship that is under the microscope. Fans will have to watch the full episode to see is Darcey is right and Stacey is to blame for Tom not wanting to propose.