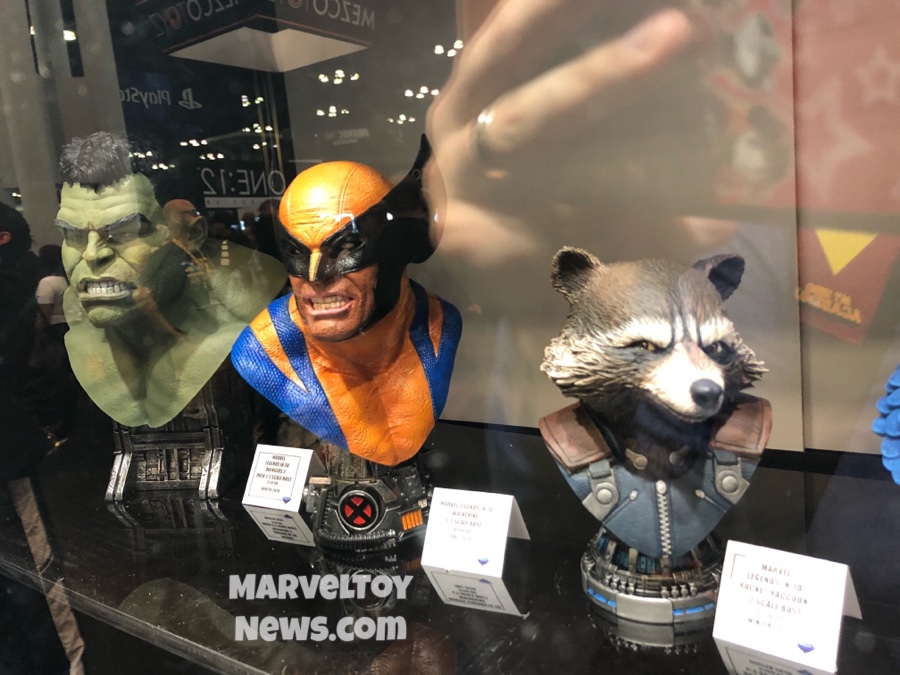 Diamond Select Toys has carved out a nice little niche for themselves as purveyors of low-priced half-scale busts over the last year, with an ever-increasing variety of limited 1:2 Legends in 3D busts arriving in the market. The headlining sub-series of this bust list is definitely the Marvel branch, and at New York Comic Con 2019, DST debuted two new upcoming additions: Legends in 3D Wolverine and Rocket Raccoon busts!

DST seems to have a hit on their hand with their low-priced line of half-scale Legends in 3D busts, and as such they’ve been pumping out new Marvel characters at a steady pace ever since the line’s inception last year.

And so, one of the big items on my wish list of things to check at for NYCC 2019 was new additions to the line–of which there turned out to be two in the display case… 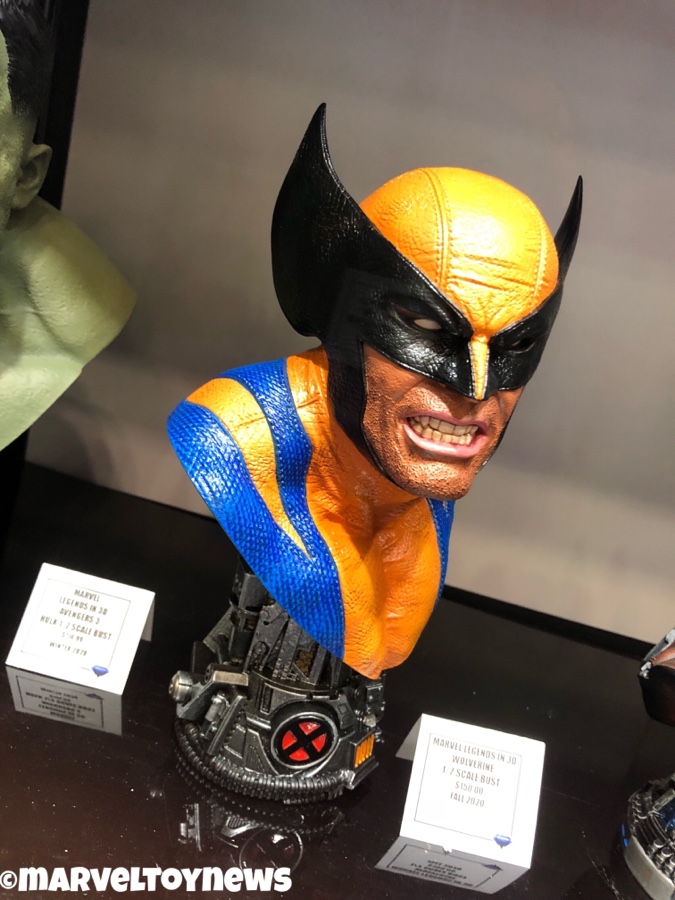 First up, we’ve got a Legends in 3D Wolverine Bust. As the most popular X-Men character by a landslide, I think this is going to sell in droves. The texturing detail in the sculpt is intricate and looks great, and even though this is the iconic yellow and blue costume, I’d bet money we get X-Force and Brown Costume variants of this that fans will eat up. 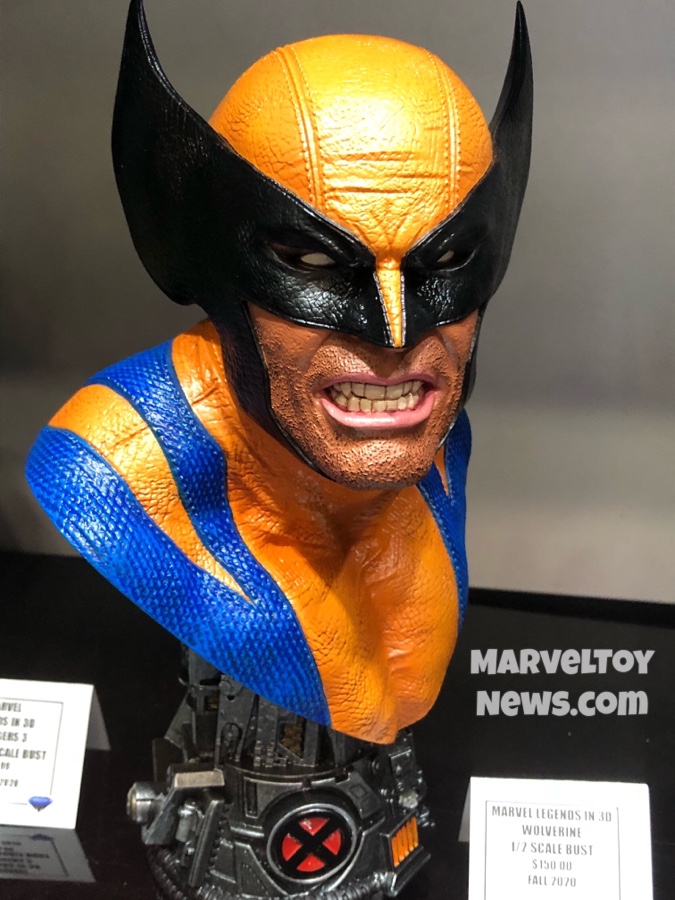 While he won’t garner as much buzz as Wolverine (and really, who can take offense playing second fiddle to Wolverine?), I straight-up love this Legends in 3D Rocket Raccoon Bust. 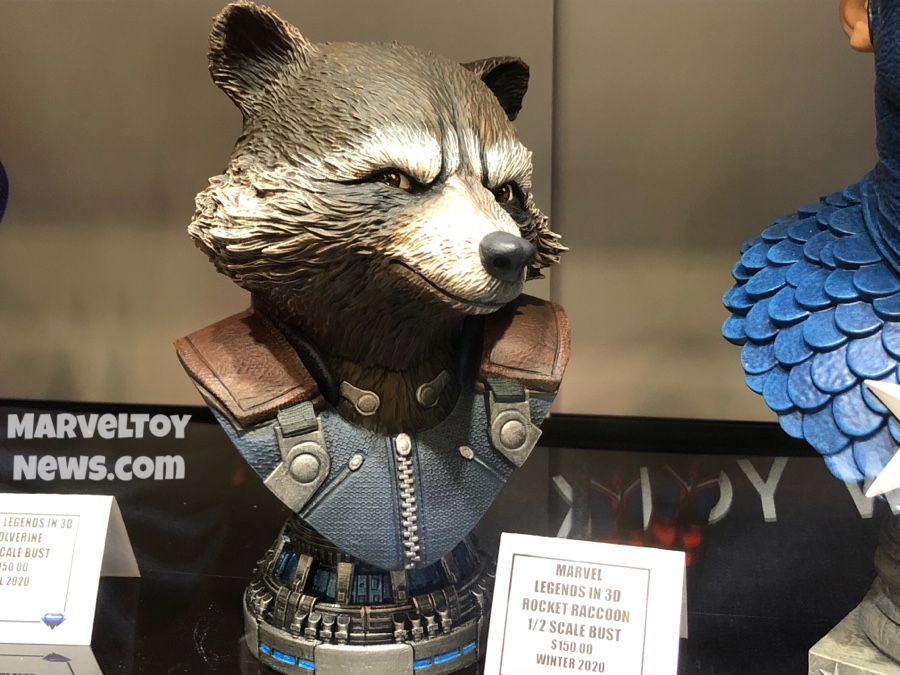 This DST Rocket Bust is movie-based and in the blue costume, and I think it looks phenomenal. I’m biased because of my GOTG fanboy status, but I think this is a real winner of a bust. 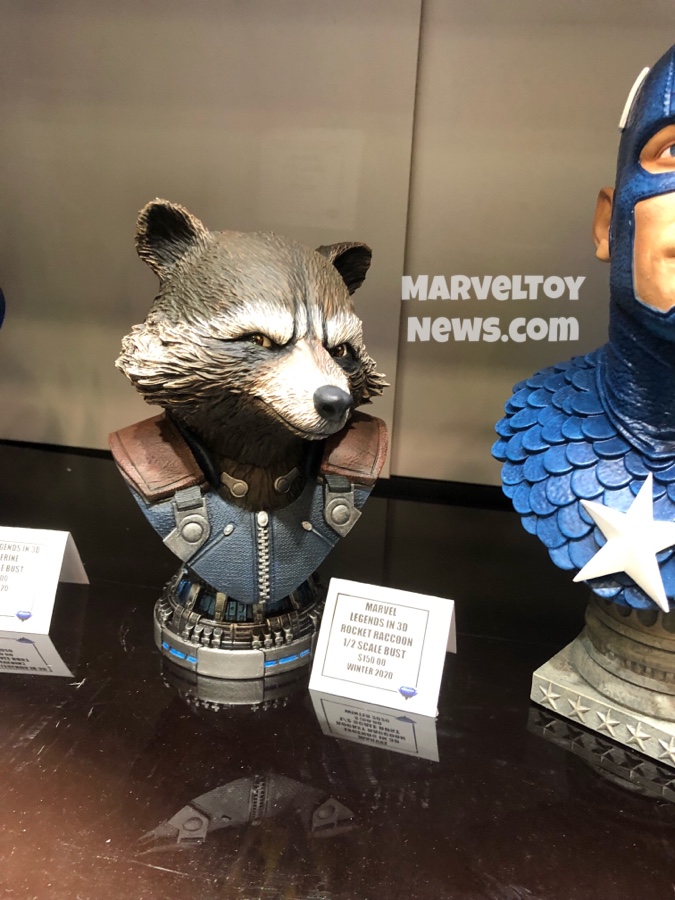 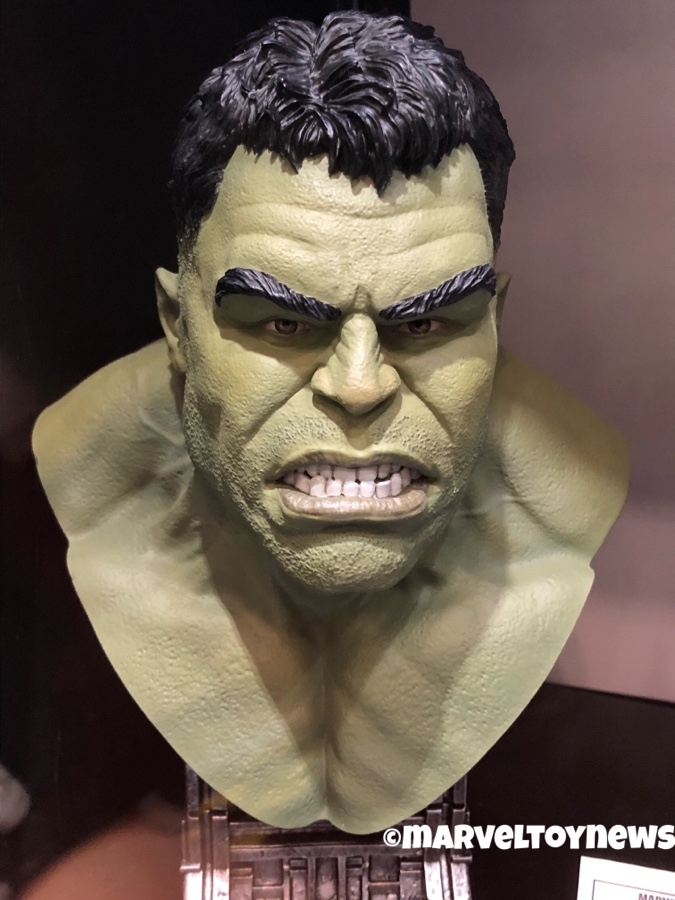 The classic Captain America looks fantastic to me and is the clear winner of these three, although I don’t think the movie Hulk looks bad at all either. However… 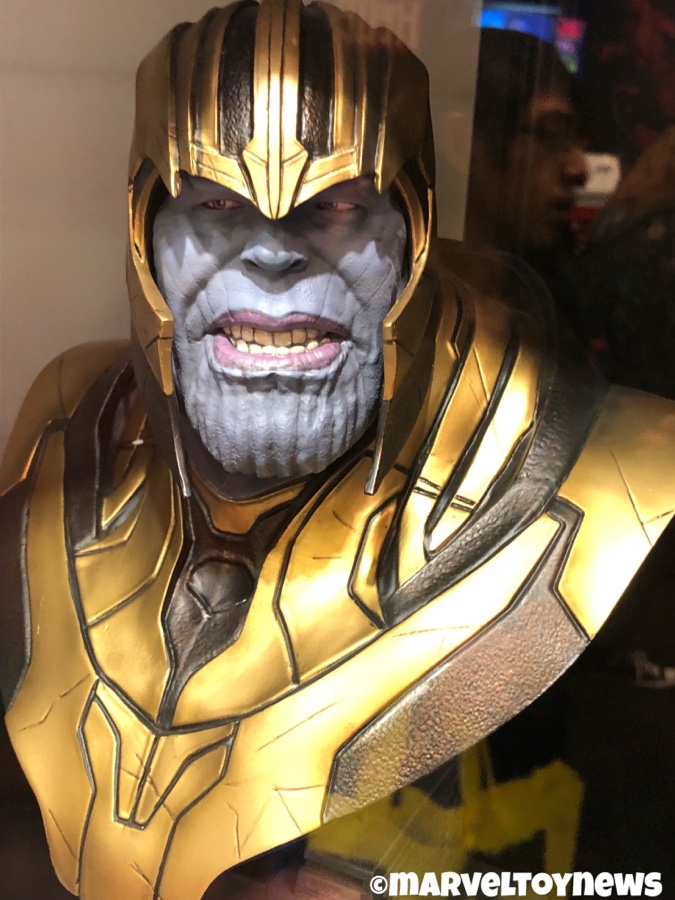 The DST Thanos Bust that pretty much the whole statue community has crapped all over was also on display, and as seen in the official photos, the likeness looks way off on this piece. It’s a shame, because I think the armor is quite nice, but the face is just not right on this. 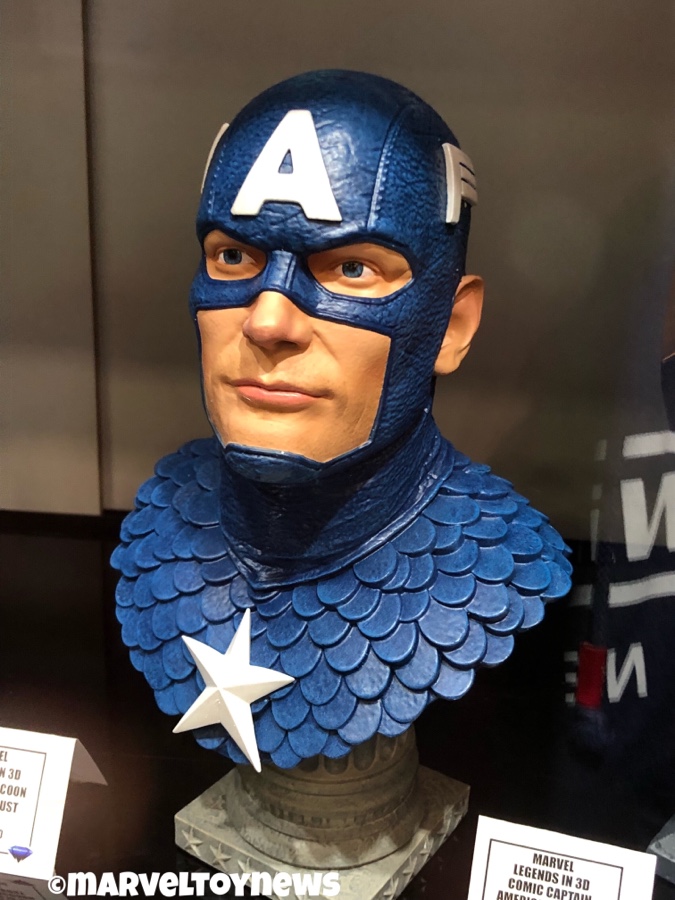 Marvel Legends in 3-D busts are available through online and specialty stores, although some of the early ones like Deadpool and Venom are fully sold-out now since they’re limited to just 1000 pieces. Given the low price on these resin busts for the size and quality, you’re definitely better off placing a reservation if you know for sure there’s one you want. I’ll post an update once Wolverine and Rocket are up for PO.

Jennifer Lopez Announces First New Album in Nine Years, This Is Me… Now
The World Is Going to Lose The Leap Second. Here’s Why
RTX 4080 May Be a Sales Flop as Cards Gather Dust on Store Shelves
Chrissy Teigen and John Legend Say They’re Teaming Up To Cook Thanksgiving Meal
Unearthing Below: Striking Distance Studios detail The Callisto Protocol’s new area