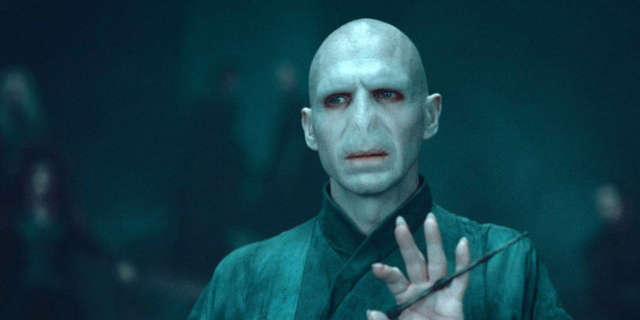 Harry Potter is a franchise like few others to ever exist. JK Rowling knew the series was magical from the start, but no one could have predicted its overwhelming success. Over the decades, Harry Potter has dominated every sphere from books to film, and many wonder whether the Boy Who Lived will come back in a new series. Well, except for Ralph Fiennes that is.

Recently, ComicBook.com got the chance to speak with Fiennes who played Voldemort during New York Comic Con. The actor attended the event to promote his upcoming work with the Kingsman franchise, and it was there Fiennes told us he believes Rowling has put her work with Harry to rest.

“I don’t see it happening,” Fiennes admitted. “I think JK Rowing… My sense is, I don’t know this, is that she feels that’s done and she’s developing [the Wizarding World] with those other films.”

However, Fiennes did caveat his statement with a big question mark. After all, it is hard to know what Rowling thinks when it comes to Harry after all these years.

“I don’t know. Who knows thought, who knows? You never know.”

Of course, Fiennes’ comment will have some Harry Potter fans feeling low as they would love for the series to return. The franchise lives on thanks to the Fantastic Beasts films, but there is an unmistakable hole needing to be filled for Potterheads. For some time, fans have rallied behind the idea of a TV series tackling the Wizarding World much like HBO did with Game of Thrones. Matthew Lewis, the actor who played Neville Longbottom, agrees with the pitch as the British star says such an adaptation would fit the franchise.

“I think that it would have actually served really well as a TV series. In the current era of right now, maybe not when it came out, but in the world of Game of Thrones and what HBO was doing, BBC America, all these kind of things — I think it actually would have translated really well,” Lewis said at FanX Salt Lake Comic Convention.

“As we’ll probably see with the Lord of the Rings stuff on Amazon. There’s so much wealth in the story, in the universe, it would have been nice to see a lot more of the Wizarding World itself.”

Do you think Harry Potter needs to continue on with sequels? Let me know in the comments or hit me up on Twitter @MeganPetersCB to talk all things comics and anime!