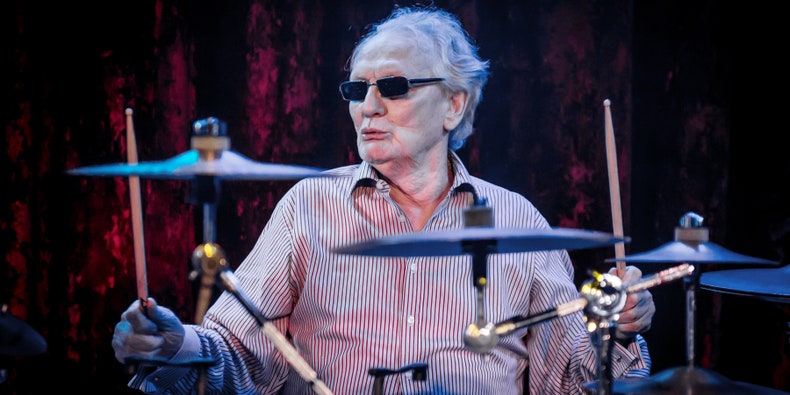 After days of being “critically ill” in the hospital, the iconic drummer Ginger Baker died today. Baker—best known for his work with Cream, Fela Kuti, and Blind Faith—was widely considered one of the best percussionists in the world. Musicians who worked with Baker and the leagues of people inspired by him took a moment this morning to pay tribute to the late rock icon.

The family of the late Jack Bruce, Baker’s bandmate in Cream, wrote a tribute to Baker. “Surviving a love hate relationship, Ginger was like an older brother to Jack, their chemistry was truly spectacular,” the Bruce family wrote. Paul McCartney share a note in honor of his late Band on the Run collaborator, calling him a “wild and lovely guy.” Find those memorials, plus tributes from Brian Wilson, Ringo Starr, Flea, Questlove, Edgar Wright, and more.

Baker was also a renowned for his occasionally volatile personality, which was captured in the Jay Bulger-directed documentary Beware Mr. Baker. Bulger penned a memorial to Baker for Rolling Stone. “Ginger drove sports cars off cliffs in Algeria,” he wrote. “The night Jimi Hendrix died, Ginger Baker was with him. He chain-smoked for 50 years. He took heroin for decades. Four wives. Three children. He was a living testament to the stiff upper lip that gained Britain its empire. So long, Ginge. Don’t worry, like you always said: ‘The devil takes care of its own.’”