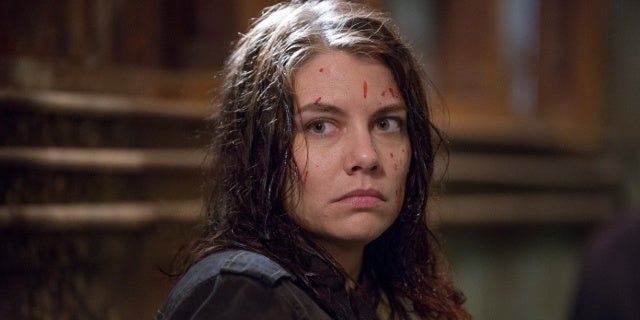 “I’m so excited to get to Dante. He’s such a great character in the comic books,” Huth told RadioTimes. “It’s one of those situations where, just [because of] the nature of where we are in the show and the characters who are no longer here, we had to bring Dante in a little bit of a different way than what you’re expecting.”

In Robert Kirkman’s comic books, Dante emerged as a love interest for Hilltop leader Maggie, left widowed after the murder of husband Glenn. Because Cohan exited TWD in the front half of Season 9, choosing instead to headline the short-lived Whiskey Cavalier, showrunner Angela Kang and the writers’ room were tasked with bringing in Dante independent of his comic book story.

Here Dante is presented as a smart-mouthed Alexandrian doctor and a former field medic who saw combat in Iraq.

“In the comics, he’s very much tied to Maggie’s story and right now Maggie’s not here,” Huth explained. “But it was fun to introduce such a great character from the books and bring him in in a very different way.”

Asked if Dante’s arrival is a hint towards reintroducing Maggie, Huth could only say she’s hoping Cohan returns.

“All I can say about Maggie is she’s one of my favorite characters as well,” she said. “I adore Lauren Cohan and there’s always the hope and prayer that she’s coming back to us. So I’m very hopeful that we will see her again.”

In Season 9, Siddiq (Avi Nash) informed Michonne (Danai Gurira) Maggie and son Hershel left Hilltop sometime during the six-year time jump that followed the apparent death of Rick Grimes (Andrew Lincoln). Maggie has since kept in contact with the survivors, sending letters from someplace far away, where she assists Georgie (Jayne Atkinson) with a new community.

Kang in July said TWD was still “working on” bringing back Cohan, who contends she’s “definitely not done” with her role or TWD Universe.

“We’ll see what happens,” Cohan told EW in April. “There is definitely a lot of exciting ways [for it to happen]. And the universe, I’m still very much a part of it. And it’s not over. So, for me, that’s exciting. And I get so excited because we talk about different possibilities.”

As of September, Kang said she was still “trying to work on it,” telling TVLine, “We’ve got ideas [for Maggie’s return], so hopefully.”

Kickstarter Campaign Launched for Story-Driven Horror Title ‘HELP ME!’ [Trailer]
Share of the Week: Gathering
‘Something in the Dirt’ Review – A Heady Sci-Fi Tale of Friendship and Phenomena
Dangerous Liaisons Season 1 Episode 4 Review: You Don’t Know Me
Pendants From Stone Age Graves Revealed to Be Made of a Gruesome Material