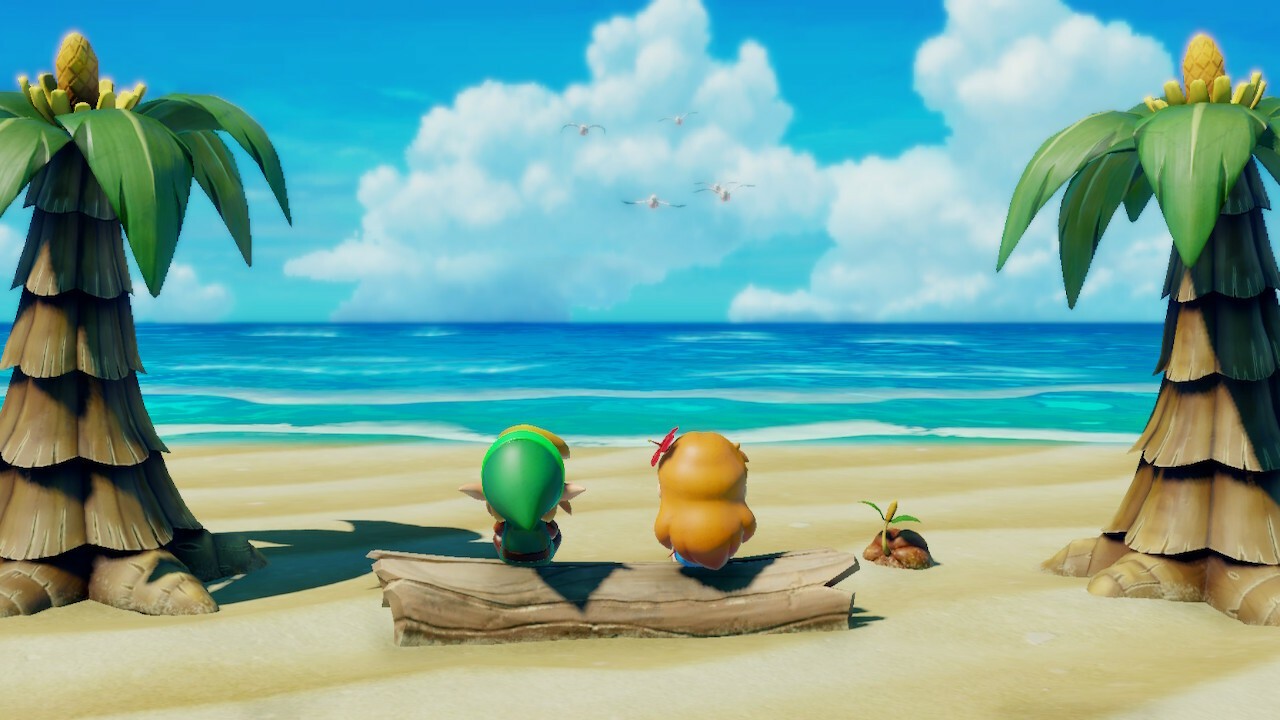 We’ve made it to the end of yet another week, this time full of new Switch updates and more Switch Lite drift talk, so now it’s time to put all that behind us and relax with our favourite games. The Nintendo Life team have gathered to chat about our gaming plans for the next couple of days, and we’d love for you to join us via the poll and comments sections below. Enjoy!

This weekend I’m headed off on vacation to the land of the Golden Gate Bridge, so I’ll have plenty of time to play games on my flights there and back! I also just picked up a Switch Lite and stocked it up with a ton of indie titles to take advantage of that sweet D-Pad.

I just finished up the remake of Zelda: Link’s Awakening, so now I’m torn between venturing further up the mountain that is Celeste, or starting something brand new. I’ve picked up quite a few games thanks to all the recent sales (Minit, Transistor, Untitled Goose Game, and many, many more) but I’m also kind of itching to roll around a few towns with my fresh Prince in Katamari Damacy! Just like picking a show on Netflix, the possibilities are near endless and I feel slightly overwhelmed!

This weekend I’ll be ticking along with the same stuff from the last couple of weekends – RiME, Astral Chain and Untitled Goose Game – but I’ve also downloaded Sayonara Wild Hearts and I’m eager to crack into that (assuming I can get some alone time to slip on my headphones). I’ve heard it’s short and sweet – the perfect game to make me feel like I’m making a dent in the ol’ backlog. Have a good one, folks.

This weekend will, of course, be filled with more Zelda: Link’s Awakening, Untitled Goose Game (yes, I waited until it was on sale, because September broke my wallet), Ni no Kuni, and probably a few others thrown in the mix. My significant other has never been much into gaming – beyond some select sports titles – but I finally got him hooked on the Link’s Awakening remake! Seeing my friends & family enjoy some of my favorite games for the first time is almost as fun as playing them myself, so I’ll likely spend most of the weekend watching him play – which is honestly a blast.

Another weekend means another chance to play some Zelda: Link’s Awakening. Yep, just like everyone else.

I’ve been really enjoying my time with it so far, although I actually got stuck for the first time just before saving the last time I played. The wonderful Stephanie has been cooking up a full walkthrough, so I’ll be able to grab some help if I need it, but I’ve been desperately trying to reach the end without consulting a guide. Even Old Man Ulrira isn’t being much help at the minute. Wish me luck!

With both The Legend of Zelda: Link’s Awakening and my upcoming album done, this weekend will be fully committed to advancing further in both Astral Chain, Daemon X Machina and GRID Autosport. Another strong week for Switch retail and digital releases also furthers this unstoppable party, from cyberpunk Uber driving in Neo Cab, big prizes in Galaxy Champions TV and even live DJ performances in Hexagroove. Sorry, neighbours!

My game of the week is in fact not one but 42 of them. You guessed it: The Megadrive Mini has finally blast-processed its way to the exotic lands of Europe and I shall be doing some serious 16-bit sessions of all games (especially Darius).

This weekend is all about Ghostbusters for me. I never got around to playing the videogame when it originally released but I’m all over the remaster, might even introduce my kids to the movie for the first time and just generally get a whole Ghostbustin’ vibe happening in the house, 1980s style.

I’ve also just grabbed Starlink: Battle for Atlas in a sale and am really enjoying it; was expecting to be a little underwhelmed but so far the open world nature of the planets is really grabbing me and it controls really nicely too. Also, bonus points for beautifully implemented Star Fox action. Now, if only my wife would stop looking at me funny for sitting on the couch with a toy spaceship attached to my Joy-Con.

Which games are you playing this weekend? (14 votes)

The Legend of Zelda: Link’s Awakening

Ni no Kuni: Wrath of the White Witch

Please login to vote in this poll.

As always, thanks for reading! Make sure to leave a vote in the poll above and a comment below with your gaming choices over the next few days…