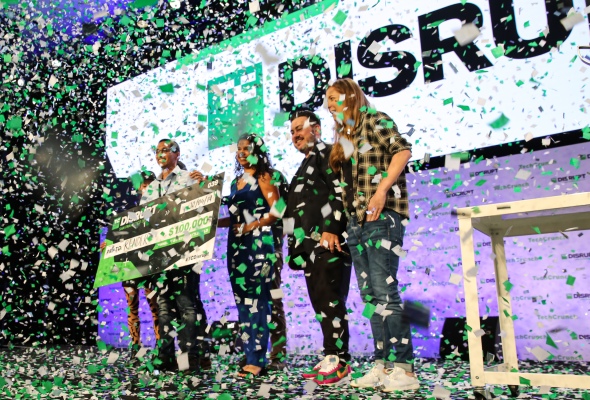 At the very beginning, there were 20 startups. After two days of incredibly fierce competition, we now have a winner.

Startups participating in the Startup Battlefield have all been hand-picked to participate in our highly competitive startup competition. They all presented in front of multiple groups of VCs and tech leaders serving as judges for a chance to win $100,000 and the coveted Disrupt Cup.

After hours of deliberations, TechCrunch editors pored over the judges’ notes and narrowed the list down to five finalists: OmniVis, Orbit Fab, Render, StrattyX and Traptic.

Render has created a managed cloud platform. The company wants to provide an alternative to traditional cloud providers, such as AWS, Azure and GCP. And it starts with an infrastructure that is easier to manage thanks to automated deployments and a abstracted way to manage your application that is reminiscent of Heroku.

OmniVis aims to make detection of cholera and other pathogens as quick, simple and cheap as a pregnancy test. Its smartphone-powered detection platform could save thousands of lives.