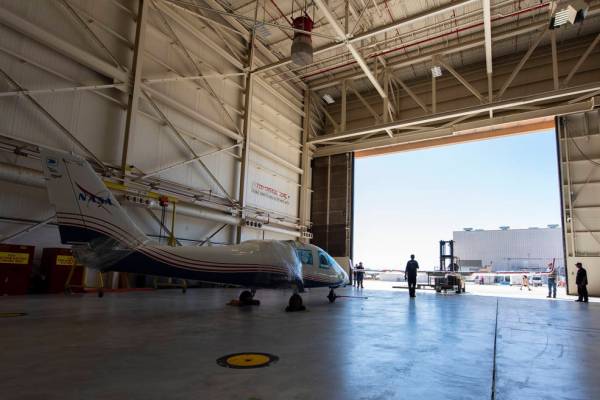 NASA will fly a crewed X-plane, one of the experimental aircraft it creates to test various technologies, for the first time in two decades in the near future. This X-plane, the X-57 Maxwell to be exact, is significant for another reason, too: It’s the first fully electric experimental plane that NASA will fly.

The delivery of the X-57 Maxwell to NASA’s Armstrong Flight Research Center in California means that they can begin ground testing, which will then be followed by flight testing once they confirm through the ground testing phase that it’s flight-ready. This all-electric X-57 is just one of a number of modified vehicles that will not only help NASA researchers test electric propulsion systems for aircraft, but will also help them set up standards, design practices and certification plans alongside industry for forthcoming electric aerial transportation options, including the growing industry springing up around electric vertical take-off and landing aircraft for short-distance transportation.

NASA plans to share the results of its testing and flights of the all-electric X-57, as well as its other modified versions, with industry and other agencies and regulatory bodies. The X-plane project also provides another way for NASA to work towards a number of technical challenges that will have big benefits in terms of everyday commercial aerial transportation, like boosting vehicle efficiency and lowering noise to develop planes that are far less disturbing to people on the ground.