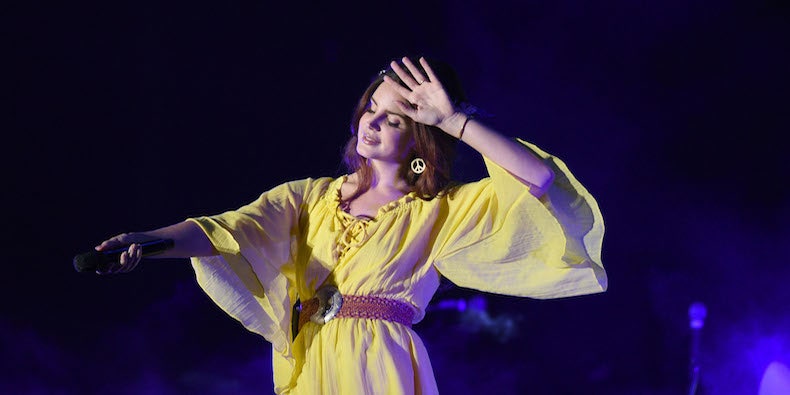 Lana Del Rey played a full, piano-and-voice cover of Joni Mitchell’s “For Free” in Seattle last night. Check it out via her Instagram below. The track originally appeared on Mitchell’s 1970 album, Ladies Of The Canyon; Lana shared a brief Instagram rendition in 2017. She hints in a new LA Times interview that more covers may be on the way.

Del Rey is now on tour behind Norman Fucking Rockwell! After the album’s release, she starred alongside Ariana Grande and Miley Cyrus in the Charlie’s Angels song “Don’t Call Me Angel.”