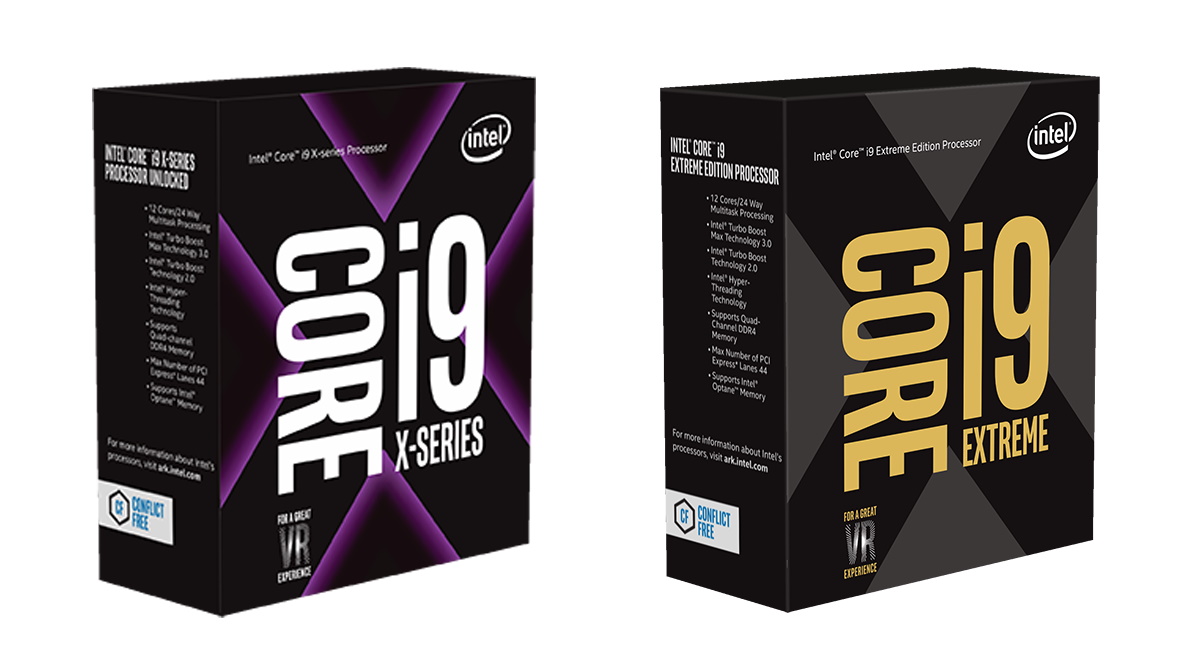 Let’s pretend for a moment that you’re the sort of person who has a grand to spend on your CPU. Your craving for cores knows no bounds, and you gobble up threads like bowls of digital spaghetti. You’re the kind of person who takes one look at my best gaming CPU list and laughs because chips like Intel’s Core i7-9700K just don’t have the raw speed and power you hunger for. You, my friend, want the X-rated stuff. The XTREME. Well, you’ll be very pleased to hear, then, that not only are Intel releasing a four new Core X-series desktop processors sometime later next month in November, but that the top-end (and oh so memorably named) Intel Core i9-10980XE Extreme Edition also (finally) costs less than a thousand bucks. Rejoice!

Previously, Intel’s X-series chips came in well above that $1000-odd price point. Indeed, its immediate predecessor, the Core i9-9980XE currently goes for almost double that – a cool £1885 / $1990, to be precise. The new Core i9-10980XE Extreme Edition, on the other hand, is slated to cost “just” $979 (UK pricing TBC) when it launches in November, putting Intel’s very top desktop processors within much greater reach of hardcore enthusiasts.

They’re still far too expensive for someone like me to ever consider getting one, of course. I just don’t have the need for that kind of power. However, if you’re the kind of person who hears the words “18 cores, 36 threads and a max turbo boost speed of 4.8GHz” (which is a lot for a CPU with so many cores) and finds yourself getting a little hot under the collar, then you may think it’s worth scraping together the cash for it. For more key specs, have a look at the table below.

Other important new features include support for up to a whopping 256GB of DDR4-2933 RAM, Wi-Fi 6 support, and Intel’s Deep Learning Boost technology, the latter of which helps to accelerate AI workloads – handy, say, if you’re a game developer or animator or some other such creative professional who regularly deals with this kind of thing.

Needless to say, you’ll need some serious cooling apparatus to go with these processors, but Intel also told me that they managed to get the Core i9-10980XE running at a nippy 5.1GHz when overclocked with just “standard liquid cooling in the lab”. No pools of liquid nitrogen required. Of course, their interpretation of “standard” liquid cooling might be completely different to a regular PC person’s definition of standard liquid cooling (Intel did not elaborate on what that actually meant in practice), but it’s clear that avid overclockers will have plenty to sink their teeth into here.

There’s still no word on an exact release date yet – even Intel’s current November launch window is still a bit tentative, all told – but if any of the above sound like your kind of processors, then you better start saving up now.

Beyonce Invites Journalists and Influencers to Dubai for Luxury Weekend
‘Attack the Block 2’ – Joe Cornish Teases an ‘Aliens’/’Terminator 2’ Approach to the Sequel
‘Talk to Me’ Sundance Review – A Violent Supernatural Cautionary Tale That Leaves You Breathless
Japan’s Terra Drone gets $14M lift from Saudi investors
Twitter Users Are Just Finding Out The Plot Of Tom Brady’s 80 For Brady Movie, And They Have A Lot Of Thoughts