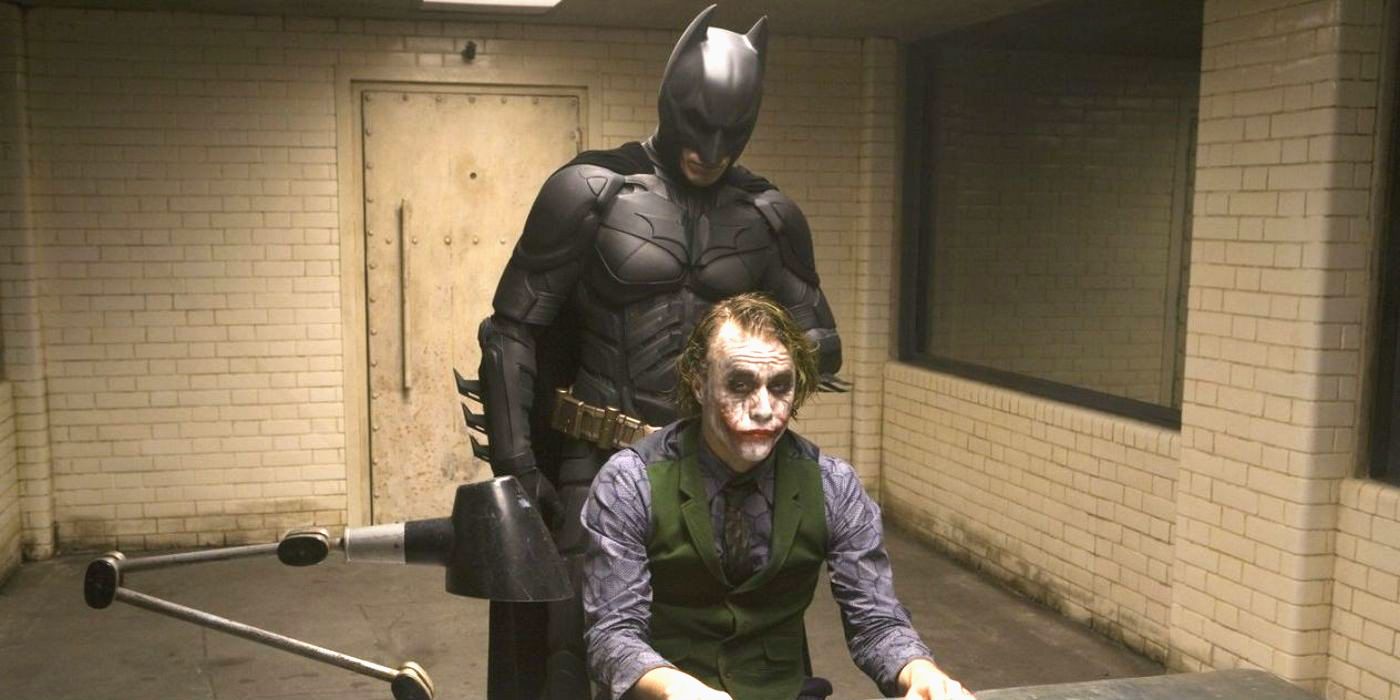 Joker‘s depiction of violence is currently a topic of much debate, but the connection between the perpetrator of the 2012 shooting in Aurora, Colorado and the DC character is often misrepresented. Set to release later this month, Joker is the subject of much controversy at present, with critics citing the film’s supposedly sympathetic villain as a possible source of inspiration for would-be murderers in the real world. Of course, the Joaquin Phoenix movie is far from the only modern blockbuster to feature embellished scenes of a disturbing or violent nature, but has been singled out and subjected to additional scrutiny nonetheless. The common denominator behind these concerns is the 2012 Aurora, Colorado shooting.

At a midnight screening of The Dark Knight Rises, the murderer was sat in a packed theater along with several hundred other patrons. Shortly after the film had begun, he exited through a fire exit, retrieved weapons and tactical assault gear from his vehicle and reentered the theater via the same door. He then commenced his attack, killing twelve and injuring many more in one of the deadliest mass shootings in the history of the United States. In both the immediate aftermath of the shooting and the years since, details of the incident have been inaccurately portrayed, exaggerating a link to the Joker, who had starred in the previous Batman movie, The Dark Knight. Connections were drawn between the attacker’s mental instability and that of the Joker, the dyed hair worn by both, and it was even claimed that the murderer had referred to himself as “Joker” at the scene.

The myth that DC’s Joker character inspired the 2012 Aurora shooting has been perpetuated in the mainstream media. Fox News published an interview with Glenn Rotkovich, a gun club owner frequented by the Aurora shooter, in which Rotkovich describes a voicemail message his soon-to-be notorious client, stating, “In hindsight, looking back – and if I’d seen the movies – maybe I’d say it was like the Joker. I would have gotten the Joker out of it.” Furthermore, initial reports by ABC and many other major outlets spread NYPD Commissioner Ray Kelly’s belief that witnesses heard the attacker claim to be the Joker.

However, when the immediate panic surrounding the tragedy had passed and the criminal trial was completed, the reality of the situation was laid bare and painted a very different picture. The court proceedings detailed a long history of mental health issues but, more significantly, a preoccupation with and desire to commit murder that dated back to childhood. Meanwhile, Commissioner Kelly’s suggestion that the perpetrator claimed to be the Joker has been dismissed by figures with a much closer connection to the case. George Brauchler, the prosecutor in the Aurora shooting trial, revealed (via Denver Post), “It’s not true… If it had been The Avengers, he would have been there. If it were Jurassic World, he would have been there. It had nothing to do that we can find with Batman.” An appointed psychiatrist also revealed to the court that Holmes was surprised at the “Joker” label that had been attributed to him while in jail.

If the link between the Aurora shooting and the Joker is tenuous at best, why does it still hold so much sway? At a basic level, it’s a more interesting story. But the connection also plays into the mythic aura surrounding the Joker character. This phenomenon can also be seen in the public perception of Heath Ledger’s death. Many still attribute the actor’s untimely passing to his intense preparation for the Joker role, despite Ledger’s own sister asserting that the two were unrelated. The popularity of DC’s Joker helps to romanticize these tragic events and take the focus away from an often harsher reality.

Another key factor in pushing the agenda that the Joker inspired the 2012 Aurora shooting is the long-standing tradition of blaming acts of criminal violence on the entertainment industry. Whether it be the murder of James Bulger and Child’s Play, Columbine and Marilyn Manson or Aurora and the Joker, music, movies and video games are a go-to scapegoat for acts of atrocity, simply because it’s easier to blame these cultural entertainment figures than confront more complex, real-world issues such as mental health and gun ownership. This very notion has been echoed by Mike Senecal, whose daughter was a victim of the 2012 attack. Mr. Senecal’s view is that focus should be firmly on the mental health epidemic, rather than movies. And while a group of other Aurora shooting relatives have written to Warner Bros. expressing concern about Joker‘s sympathetic origin story, they too placed the emphasis of their campaign on bringing an end to gun violence via legislative reform.

More: How Theaters Have Reacted To Joker’s Controversy

R. Kelly Sentenced to 30 Years in Prison in Federal Sex Crimes Case
The 35 best memoirs of 2022 (so far)
NBA Star Miles Bridges Arrested For Felony Domestic Violence
Laura Dern Had To Remind Jeff Goldblum Why He Was So Shirtless And Sweaty In Iconic Jurassic Park Scene
The new unicorn litmus test