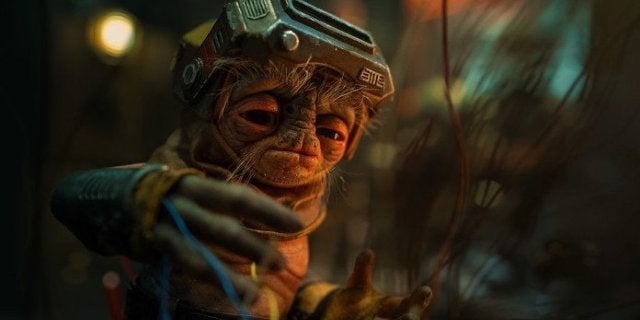 JJ Abrams returns to direct Star Wars: The Rise of Skywalker, the final installment of the sequel trilogy and the Skywalker Saga, following Rian Johnson’s work on Star Wars: The Last Jedi. Johnson’s film proved divisive because he chose not to take dangling plot threads from Star Wars: The Force Awakens, Abrams’s first Star Wars film, in their most obvious directions, including in regards to the mystery of Rey’s parents. Johnson has said that he’s okay with Abrams doing similar things with the story of The Last Jedi, and in fact, kind of hopes he does.

“I’ve had a couple of conversations with [Abrams] but I’ve actually really enjoyed sitting back waiting to get my popcorn opening day and see how the thing turns out. I cannot wait,” Johnson said at CinemaCon.” I said, I want to let go of all my expectations, I want to sit back, I want to be entertained. I want to be surprised. I want to be thrilled. I want him to do stuff that I wasn’t expecting him to do and just go along for the ride. For me, that’s why I go to the movies.”

What do you think of Babu Frik? Let us know in the comments.

Star Wars: The Rise of Skywalker opens in theaters on December 20th. Other upcoming Star Wars projects include a new film trilogy from Game of Thrones creators DB Weiss and David Benioff, the new trilogy by The Last Jedi director Rian Johnsson, a film by Kevin Feige, the upcoming Disney+ TV series The Mandalorian, as well series focused on Obi-Wan Kenobi, and Cassian Andor