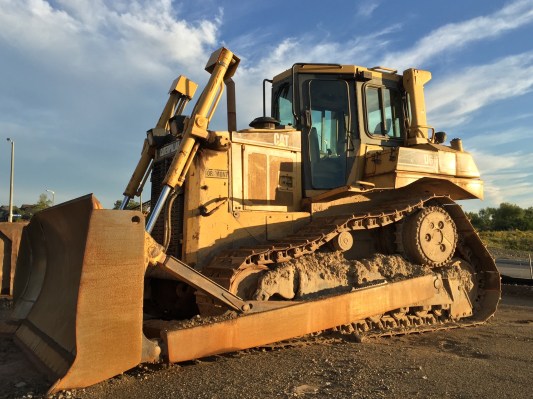 If you could digitize whole, real-world locations you’d automatically improve the planning for big infrastructure projects that require buildings, bridges tunnels and the like. Some $94 trillion in infrastructure investment is required by 2040 globally to sustain global growth predictions, yet infrastructure is one of the least digitized sectors in the global economy.

SenSat creates ‘digital twins’ of locations. The result is an accurate, digital and up-to-date copy of the real world in a machine-readable format. This enables industries, such as infrastructure, to make more informed decisions about big projects. This improves safety, cost-efficiency, waste generation, project collaboration, and reduces the carbon generated in the project.

James Dean, Co-Founder and CEO of SenSat says: “SenSat has a simple but profound goal: to build the third platform, an intelligent eco-system that translates the real world into a version understandable to AI. This technology will help us to build a more sustainable future, using the wealth of new insight to help humans make better decisions.”

Pony Ma, CEO and Founder, Tencent added: “We believe the first stage of the internet, the consumer internet, is drawing to a close, and the second stage, the industrial internet, is kicking off. SenSat are really well-positioned to introduce mass digital automation to traditionally offline industries that have not yet partaken in the digital revolution.”

SenSat’s is Mapp platform allows Infrastructure companies to interact with their workplaces digitally by allowing digital automation to help them make better decisions with real-world data.

Mapp has more than 30 international infrastructure companies using it now. As part of a project with Murphy Group for the UK National Grid, SenSat digitized a 52 km underground transmission line as a part of the Triton Knoll offshore wind farm project, resulting in reducing time on site by 200%, it claims.