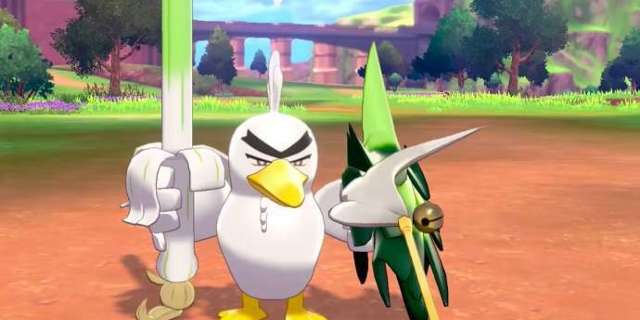 Pokemon Sword and Shield will have the franchise’s first autosave feature, but it’s not nearly as terrifying or as awful as players originally feared. In one of several features about Pokemon Sword and Shield, Game Informer confirmed that the game would have “full autosave functionality” that will let players save in the background as well as automatically save whenever players make trades. The feature was teased earlier this summer in a trailer, and this confirms that players will be able to play Pokemon Sword and Shield without periodically saving before they enter a difficult region or a Legendary Pokemon battle.

The autosave feature caused a lot of consternation among Pokemon fans, especially those who like to “Shiny Hunt” for Pokemon or look for specific abilities or natures to optimize a Pokemon’s stats. Pokemon Sword and Shield director Shigeru Ohmori confirmed that players can turn the autosave feature off and use the traditional “manual save” feature instead. However, Ohmori noted that the Nintendo Switch makes it harder to do a “soft reset,” so grinding for those special Pokemon might be a little more time-consuming than before.

In the end, the autosave feature is another way that Game Freak is continuously updating and evolving the game, similar to the addition of the Exp All item to make it easier to level up Pokemon. Like the Exp All, players can choose whether they want to enjoy the autosave feature or stick with what they already know. Other new features in Pokemon Sword and Shield include the brand new Dynamax and Gigantamax mechanics, as well as Max Raid Battles, which allow players to team up to fight one enormous and powerful Pokemon.

Pokemon Sword and Shield will be released on November 15th.